If the websote is any indication, a former Arkansan, Noelle Nikpour is serious about plans to run for Congress in Florida. Arkansas Business had reported several months ago that she was considering a race for the seat of Democrat Patrick Murphy, who’s running for Senate.

She’s styled herself as a political pundit in recent times, earning some appearances on Fox News and in the conservative Washington Times and has turned up in some humorous spots, somewhat at her expense, on the Daily Show.

You can run through some of her appearances on the Arkansas Blog here. The Pulaski assessor still lists her as owner of a $1.3 million home on Edgehill Road.

Then there was the time she flew what the New York Times called “her” Gulfstream private jet to a charity function in New York. This was likely a jet owned by a wealthy Arkansas family with whom Nikpour was friendly. A Google search turns up little by the way of recent news on the congressional race.

FEC records show her 2016 campaign account with about $155,000 in contributions. There’s a scattering of contributions from Arkansas, including from some Edgehill neighbors and Republican Bud Cummins, with bigger money from Texas. That effort was enough to put her “on the radar” for the Republicans’ Young Guns list, which could mean future financial backing.

Her Twitter account brands her as a congressional candidate, but recent posts haven’t been about the race.

A somewhat racier Nikpour website that AB once featured (paywall) remains available through the long memory of the Internet. 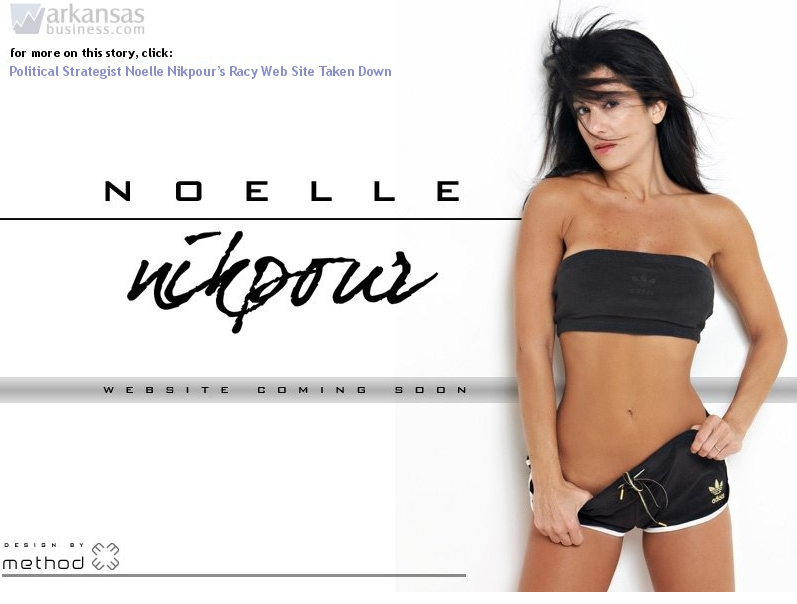