The city of Little Rock today dedicated a memorial bench to Eugene Ellison, killed in a 2010 confrontation in his apartment with Little Rock police officers. The bench is in MacArthur Park, by the duck pond.

The bench includes a plaque with an inscription, “The Mark of the Educated Man.”

Ellison was killed by a shot fired from outside his apartment by one of two police officers working private security. They’d walked in an open door to check on him, they said. He threatened them with a cane, they said. The shooting was ruled justifiable, though the family’s attorney has asked for further criminal review by the prosecutor.

A civil suit over the shooting death was settled by the city for $900,000. The apartment complex owner also settled for an undisclosed amount. The settlement with the city included the memorial bench. 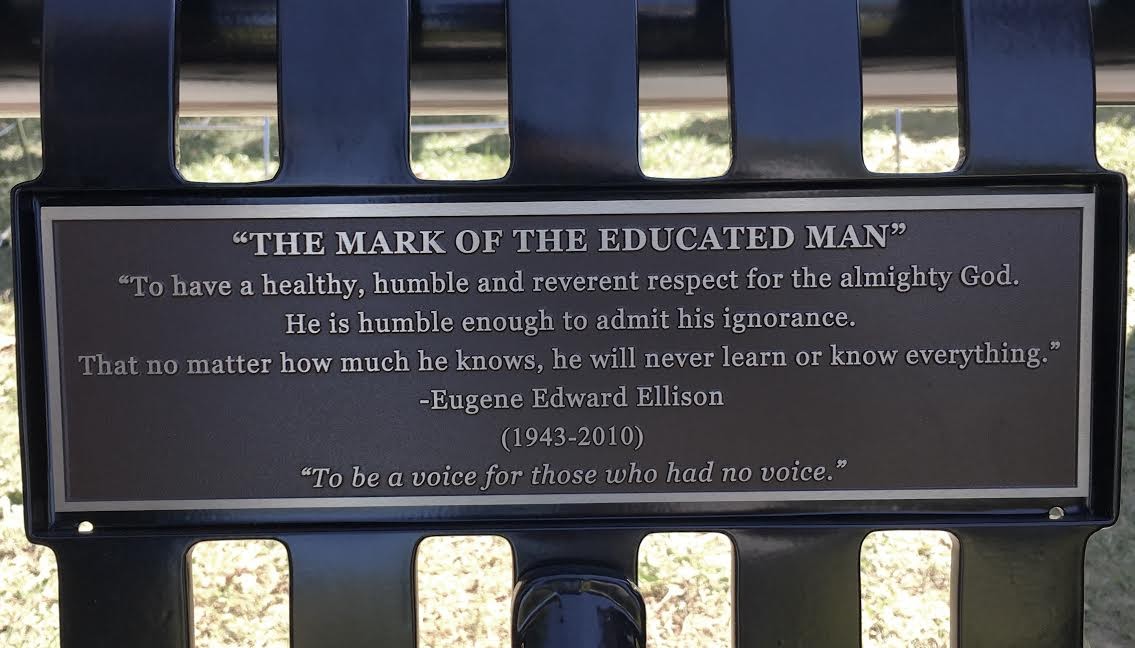