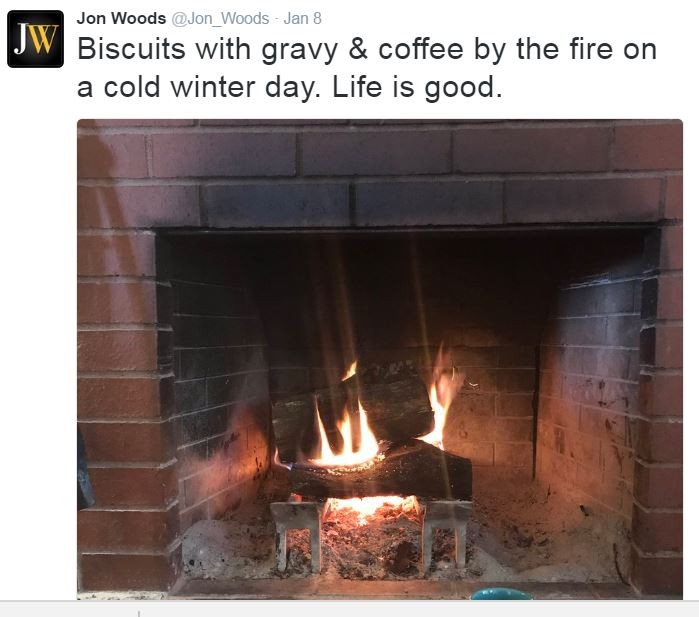 The Northwest Arkansas Economic Development District today provided me with the subpoenas it received from federal investigators in a probe that led to former Republican Rep. Micah Neal’s guilty plea to taking kickbacks from money he guided to a nonprofit agency and a private college in Springdale, apparently Ecclesia College.

Attachments to the subpoenas support earlier reporting that the unnamed college to which Neal admitted sending money was Ecclesia and that Sen. Jon Woods is likely the unnamed senator named in Neal’s plea agreement who reportedly participated in the scheme. Another subpoena refers to a health service agency, Decision Point, and an executive and lobbyist, Rusty Cranford.

Ecclesia has said it paid no kickbacks. Neal’s plea said his cash kickback was paid by a Person C, a consultant. Ecclesia has said through its president, Oren Paris III, that it did receive General Improvement Funds money funneled through the District and said it employed a consultant to help it in fundraising, but acted legally at all times. Woods also directed some of his share of GIF money to Ecclesia as well as Decision Point, a health services agency that has also said it paid no kickbacks and returned GIF money it had received through an application Cranford had made. Woods has not returned my calls and has declined comment to those who’ve reached him. Cranford also has been unavailable. This article rounds up some of the previous reporting on the issues.

The subpoenas, issued Oct. 23, 2015, in the case of the Ecclesia matter and April 13, 2016, related to Decision Point, were provided in response to my Freedom of Information request. They say they were issued pursuant to requests to appear before a Grand Jury in Fort Smith — Dec. 8 on Ecclesia and last May on Decision Point — about a “criminal investigation of a suspected felony.” The subpoenas request that the fact of the request not be disclosed because it could impede the investigation (now publicly known on account of Neal’s plea and the involvement of state money funneled through the district.) Here’s the attachment on Ecclesia. 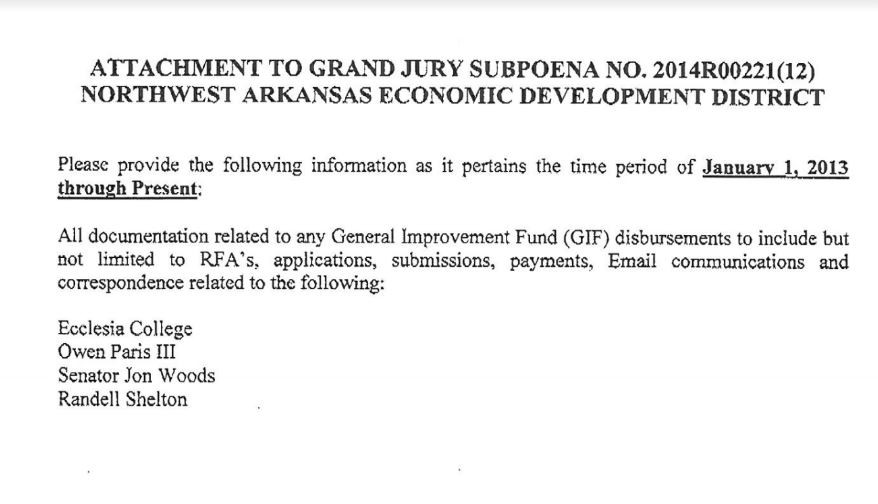 Randell Shelton is a close friend of Woods. Each served as the best man in the other’s wedding. My efforts to reach him have been unsuccessful. He is listed in state corporate records as having had an involvement in several corporations.

In 2013, Shelton was listed as the incorporator/organizer of Paradigm Strategic Consulting LLC. His agent for the filing was Little Rock lawyer David Couch. Couch told me recently that he worked with Jon Woods on drafting the medical marijuana amendment, a process that Couch said included an idea by Woods, not adopted ultimately, to direct revenue from the tax on medical marijuana to a college with a work-study program. A work-for-tuition program is offered in Arkansas only by Ecclesia. The license of that LLC has been revoked.

Shelton is also listed as an incorporator/organizer of an active LLC, Shingle Resource Recycling in Springdale. An Oren Paris is listed as a manager of the corporation, formed to recycle shingles for paving material. It has few footprints on the web. Shelton appeared before the State Marketing Board for Recyclables in 2015, according to a news account, to talk about the company. The board helps the state Department of Environmental Quality find markets for recycled material.

Shelton also is listed as organizer of another LLC whose license is now revoked, Traveler Artist Management of Springdale.  Its papers also were filed in 2013 with Couch as agent. 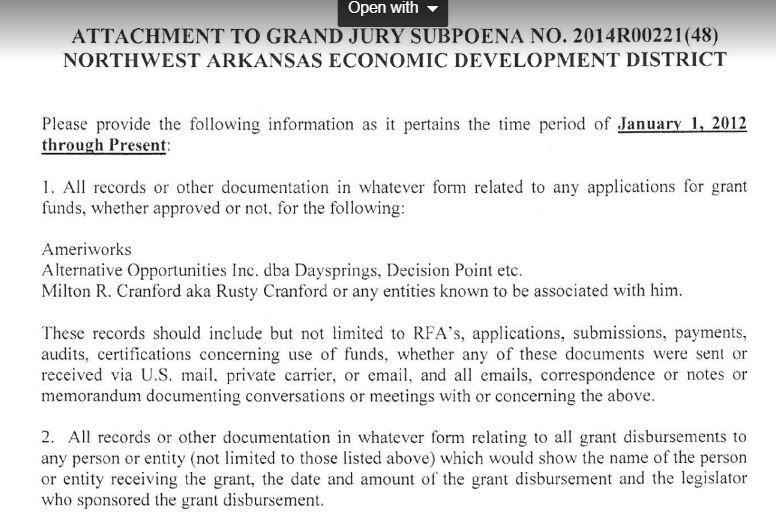 ALSO: I’ve received a batch of other documents that I’m wading through. Of interest to those studying closely might be 2013 GIF grant applications for Decision Point, or an affiliate. As mentioned in earlier reporting, Rusty Cranford, who is also a lobbyist, sought some of the money for the agency.

Decision Point continued to apply for and receive money from the agency. In 2016, it got $19,500, doled out by several local legislators, in response to an application prepared for the agency by its employee Tim Summers, a former Bentonville legislator, that asked for $80,000 to provide meals for needy families at holidays.

The papers also turned up more legislative generosity to Ecclesia. The following document covers some of the construction money that Ecclesia got as part of almost $600,000 in taxpayer support for construction on the church/college campus. But it also details money reportedly pledged in 2015  by local legislators from their GIF allotments in the name of workforce development to pay for students to attend the college — $1,000 from Sen. Uvalde Lindsey, $5,000 from Rep. Grant Hodges, $5,000 from Rep. Jana Della Rosa, $10,000 from Rep. Justin Harris and $5,000 from Rep. Charlie Collins.


There’s no indication that GIF grants for meals and scholarships are related to the kickback probe, but they do show the amount of support that had been ginned up for Ecclesia. Woods seems to have been a key in that. I reported earlier that Sen. Linda Collins-Smith said she, too, liked the college’s work-study approach and had tried to get some GIF money from her planning district directed to the school, but was unsuccessful. She held a Senate committee meeting at the college last year so members could hear from the college president about the school. The Freedom from Religion Foundation objected to state grants to the school last year because it is incorporated under a tax status for churches. It said Joe Willis, who became director of the Development District after a harsh audit, had promised not to send further state money to religious institutions.

Indeed, the papers I received  showed that Ecclesia made two applications that were denied in 2015, for a total of $283,000, to match federal money for “work learning scholarships.” The applications identify the college as being in the district of Sen. Jon Woods, but lists no state representative.

The FOI turned up another unreported grant to Ecclesia in 2012, of $1,000 for a classroom construction project. That application provides a glimpse at how the GIF money was simply a spending account for each legislator. Mike Norton, then the agency director, told Woods he still had almost $3,000 to spend of his allotment that year. Woods replied in an e-mail:

Justin Harris was then a Republican representative in his Senate district as was Duncan Baird, now an adviser to Gov. Asa Hutchinson.