Blue Hog Report does an analysis of an angle in the Northwest Arkansas GIF money kickback scandal that’s worth considering, even though the damage he finds is irreparable now.

It’s how Micah Neal, who’s admitted taking kickbacks, worked with his Republican Party to get a successor onto the ballot to run for Washington County judge after he dropped out of the race late in the game, likely knowing by then that the feds were on his case.

The Republicans won a court case and put Joseph Wood, a former aide to the secretary of state, on the ballot. And he won.

Blue Hog uses dates from federal subpoenas I obtained today with an FOI request to help make his case. One relevant to Neal was issued April 13, 2016.

That excuse made little sense, Blue Hog (Matt Campbell) notes, because the family business, a Springdale restaurant, has been in Washington County for more than 70 years. He didn’t move until October, according to county records, to a rent house that seems to be occupied by Neal’s sister. Blue Hog pokes other holes in the alibi.

But in the legal challenge, the judge found a move was a valid reason for a change in nominee for the office and the rest is history. It’s Blue Hog’s opinion that it’s a bundle of lies.

The point of all of this being, the current Washington County Judge, Joseph Wood, is only in that seat because, rather than simply drop out of the race to save himself embarrassment (or even to “spend more time with his family”), admitted felon Micah Neal could not keep himself from telling yet another lie and standing by that lie, with an assist from the Washington County Republican Party.

He lied about why he was dropping out initially. He lied again when he changed his story. He then went so far as to pretend to move in with his sister, just across the county line, under the guise of a move that he in no way actually need to make, for “family business” or otherwise. He never changed his voter registration. He never even forwarded his mail to the Benton County address (continuing to use a Washington County PO Box).

He did all of this solely so his party of choice could circumvent the law regarding replacement of a nominee.

There’s one more angle to the story: The new county judge, Joseph Wood, is a member of the board of directors of Ecclesia Inc. It received the GIF surplus tax money sent to Ecclesia College thanks to Neal and Sen. Jon Woods, money from which Neal has admitted receiving a cash kickback, perhaps through a consultant with ties to the college leadership. Says Blue Hog:

The same guy who improperly replaced Neal on the ballot also serves on the board of the entity from whence the kickbacks
stemmed!

County Judge Wood, incidentally, has been busy making news by sacking county employees and bringing in his own people on a fast track. He also is behind notices at county offices that say offices will be closed Monday in observance of Martin Luther King’s birthday. The notice — much as you might approve of the sentiment — is out of kilter with state law, which designates the holiday as a dual observance for King and Robert E. Lee. 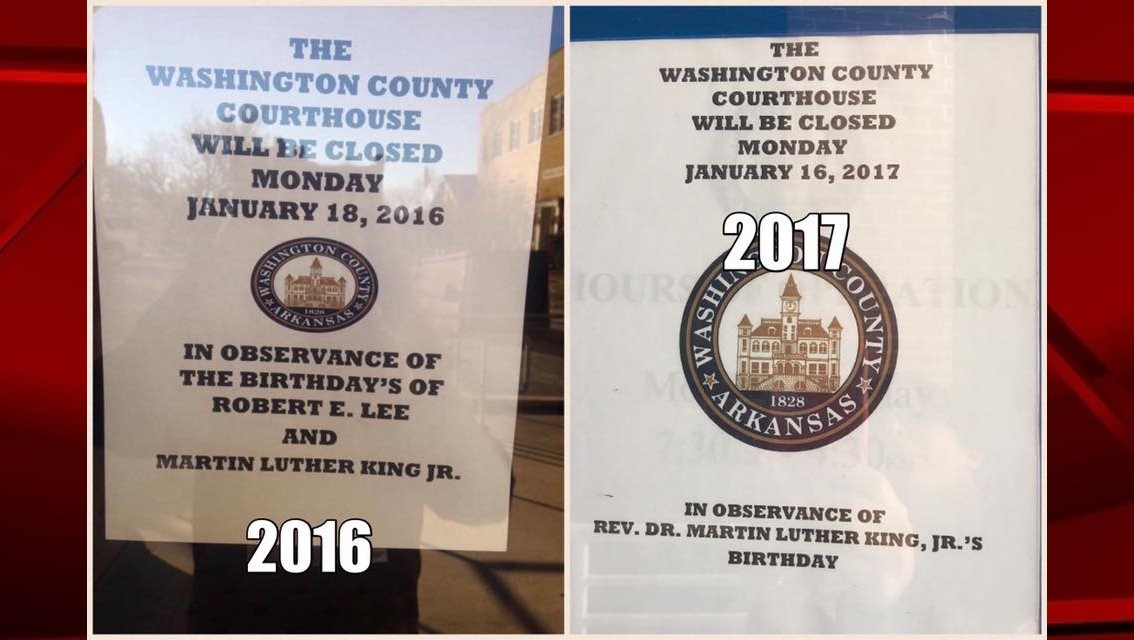