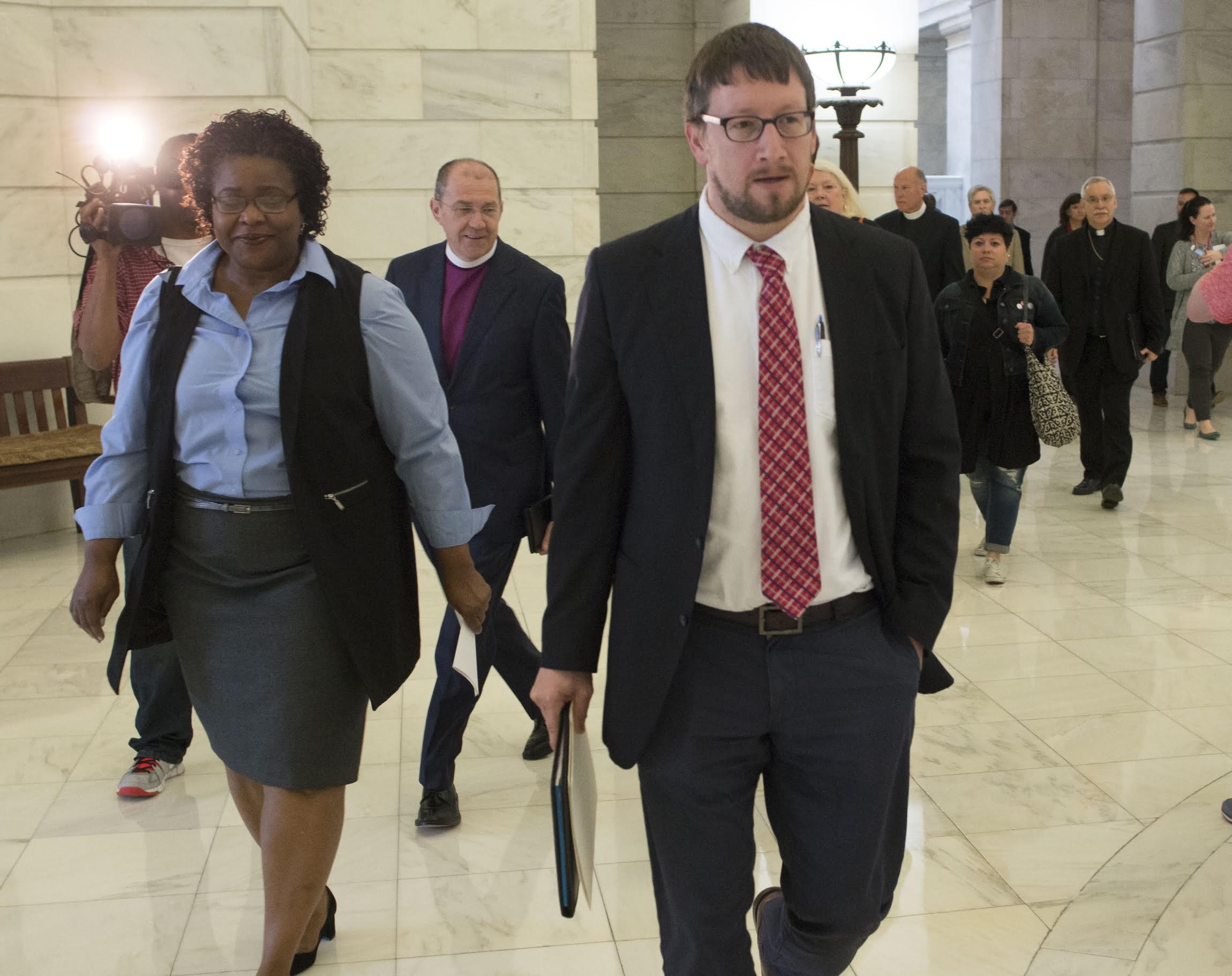 Religious leaders gathered at the Capitol this morning to deliver to Gov. Asa Hutchinson a letter signed by more than 200 asking him to stop the seven executions scheduled over a 10-day period beginning at 7 p.m. Monday.

Otherwise, they said, it will be one of the “darker moments” in state history.

The letter urged the governor to commute sentences to life without parole because “in spite of their actions, they retain the God-given dignity of any human life which must be respected.”

The letter also said the death penalty is not a deterrent to crime, is applied inconsistently, has negative impacts including on families of victims; can result in killing of innocent people and is more costly than alternative sentences.