The morning Twitter brings a laugh. It’s about reactions on Twitter to NPR posting sequentially the words of the Declaration of Independence.

To some readers, it was yet another outrage from the fake news media.

Eureka! I predicted such outrage in a column I wrote in 1990. It was mostly about fond memories of July 4 barbecues at a friend’s camp on Big Lake, down south of my Louisiana hometown. But I also recalled bursts of patriotic speechmaking and quoted from the Declaration of Independence.

” …. Governments are instituted among Men, deriving their just powers from the consent of the governed, That whenever any Form of Government becomes destructive of these ends, it is the Right of the People to alter or to abolish it, and to institute new Government …”

I closed  by saying, “Declare something like that in public these days and somebody might try to have you arrested.”

If only I’d had Twitter then to underscore the point. Here’s one sample of the responses to NPR’s recitation of the foundational document.

NPR tweeted out the entire Declaration of Independence, and wow… uh… the responses are… something. pic.twitter.com/KurdVurRgW 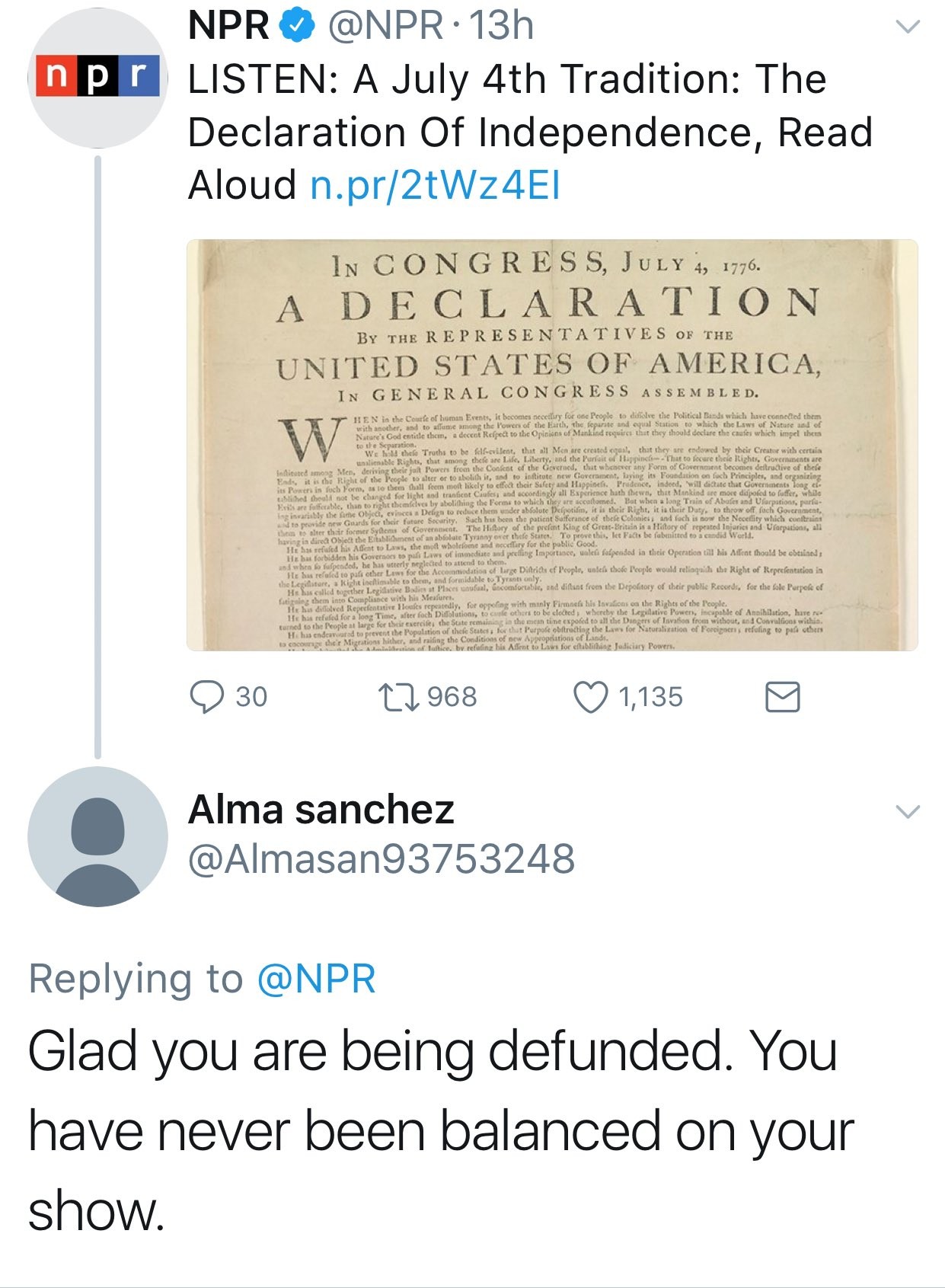 Imagine if the critics ever read slavemaster Thomas Jefferson: “I hold it that a little rebellion now and then is a good thing, and as necessary in the political world as storms in the physical.”