Little Rock Central High School students held a pre-class protest this morning at the corner of Park Street and Daisy Bates in support of classmates who benefited from the Obama  Administration’s Deferred Action for Childhood Arrivals program. DACA shields undocumented immigrants brought to the country prior to their 16th birthday, and allows them to have work permits. On Tuesday, U.S. Attorney General Jeff Sessions announced that the federal government would stop considering new DACA applications, and the program would be suspended entirely in six months, putting almost 800,000 DACA recipients at risk for deportation.

About 125 students attended the protest, chanting “Education, Not Deportation” and “Tigers Against Hate.” Central High Principal Nancy Rousseau was on hand, and said she is proud of her students for standing up for their classmates. She said there are a number of DACA recipients who attend Central. 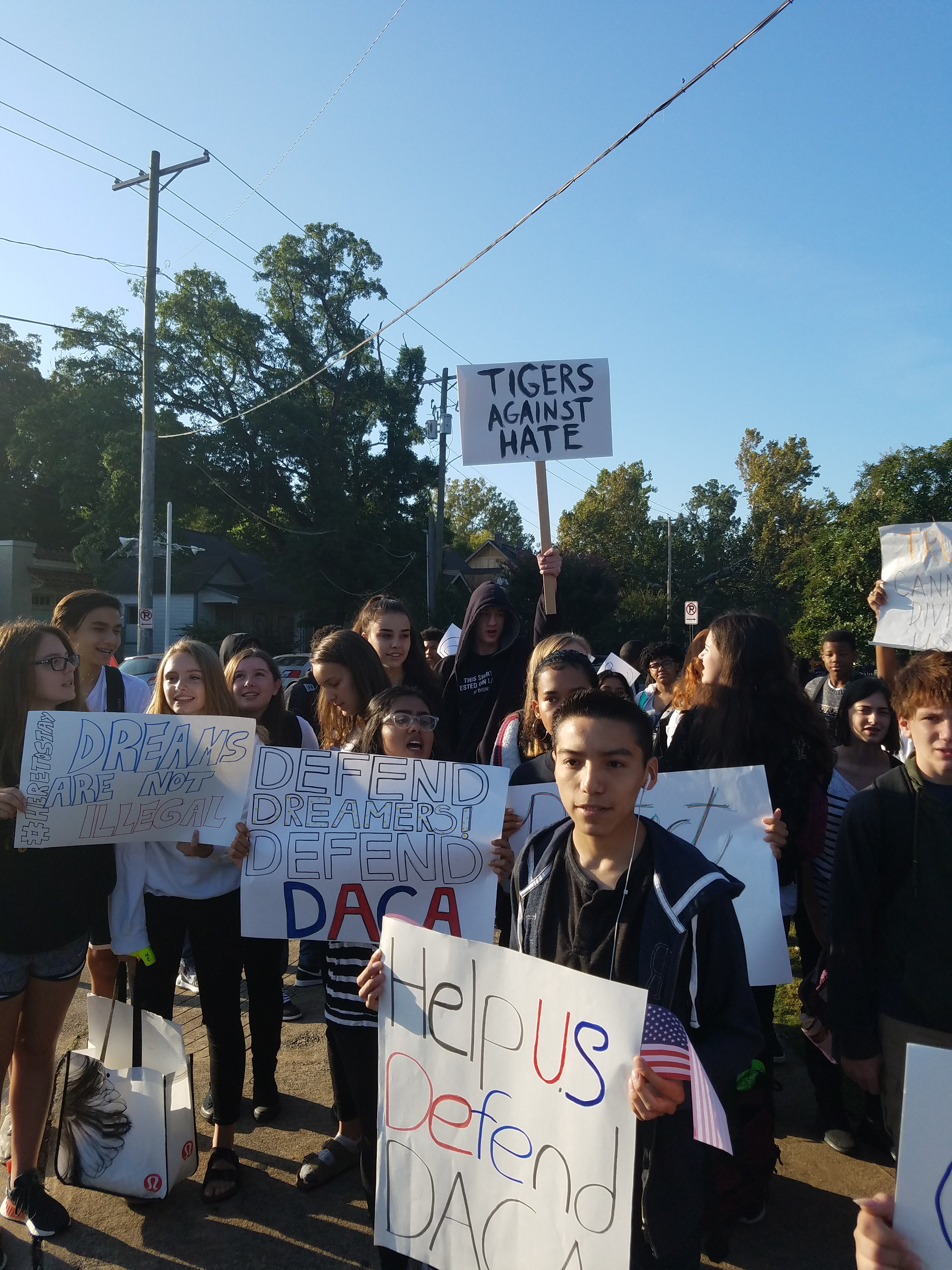