Donald Trump led a rally for Alabama Senate candidate Luther Strange Friday night and the resulting news coverage (though not in the Democrat-Gazette news section account) is giving great attention to his rant against the NFL, including but not limited to players who have made political statements by taking a knee during the National Anthem.

From The Guardian coverage:

Donald Trump launched a sensational attack on NFL players who have kneeled in protest of the national anthem during a speech in Alabama on Friday night, challenging the league’s owners to release anyone who engages in the movement started last year by former San Francisco 49ers quarterback Colin Kaepernick.

“Wouldn’t you love to see one of these NFL owners, when somebody disrespects our flag, to say, ‘Get that son of a bitch off the field right now. Out! He’s fired. He’s fired!’” the president said at a rally at Huntsville’s Von Braun Center in support of Republican senator Luther Strange, who is running in a special GOP primary election next week to remain in the Senate seat vacated by attorney general Jeff Sessions. “You know, some owner is going to do that. He’s going to say, ‘That guy that disrespects our flag, he’s fired.’ And that owner, they don’t know it [but] they’ll be the most popular person in this country.”

Trump went on to attribute the NFL’s dip in television ratings to the rule changes implemented over the last few years to make the game less violent and limit head injuries, an issue abruptly thrust back into the spotlight on Thursday with the revelation that Aaron Hernandez, the former New England Patriots star who killed himself in April while serving a life sentence for murder, suffered from a ‘severe’ case of chronic traumatic encephalopathy (CTE), the progressive degenerative brain disease that’s been linked to repeated blows to the head.

“The NFL ratings are down massively,” he said. “Now the number one reason happens to be they like watching what’s happening … with yours truly. They like what’s happening. Because you know today if you hit too hard: Fifteen yards! Throw him out of the game!”

The president then encouraged American people attending NFL games to leave the stadium in a show of counter-protest if they see a player kneeling during the anthem, which is traditionally performed before kickoff.

“But do you know what’s hurting the game more than that?” he said. “When people like yourselves turn on television and you see those people taking the knee when they’re playing our great national anthem. The only thing you could do better is if you see it, even if it’s one player, leave the stadium.

A number of NFL players took to Twitter to respond, including Minnesota Viking Bishop Sankey.

Where Donald Trump saw torch-carrying people displaying Nazi trappings in Charlottesville as “classy,” he sees NFL players who silently express thoughts about police brutality or who have concerns about their health as cowardly sons of bitches.

This was, as one observer said on Twitter, effectively a white supremacist rally.

There’s never been a more classless president. Sad to say, the voting majority (at least as represented by the electoral college) approves. I suspect Trump would have drawn an ovation in Arkansas for the same remarks.

Trump likely will ignite the issue further, much as his taunts of foreign leaders have done. 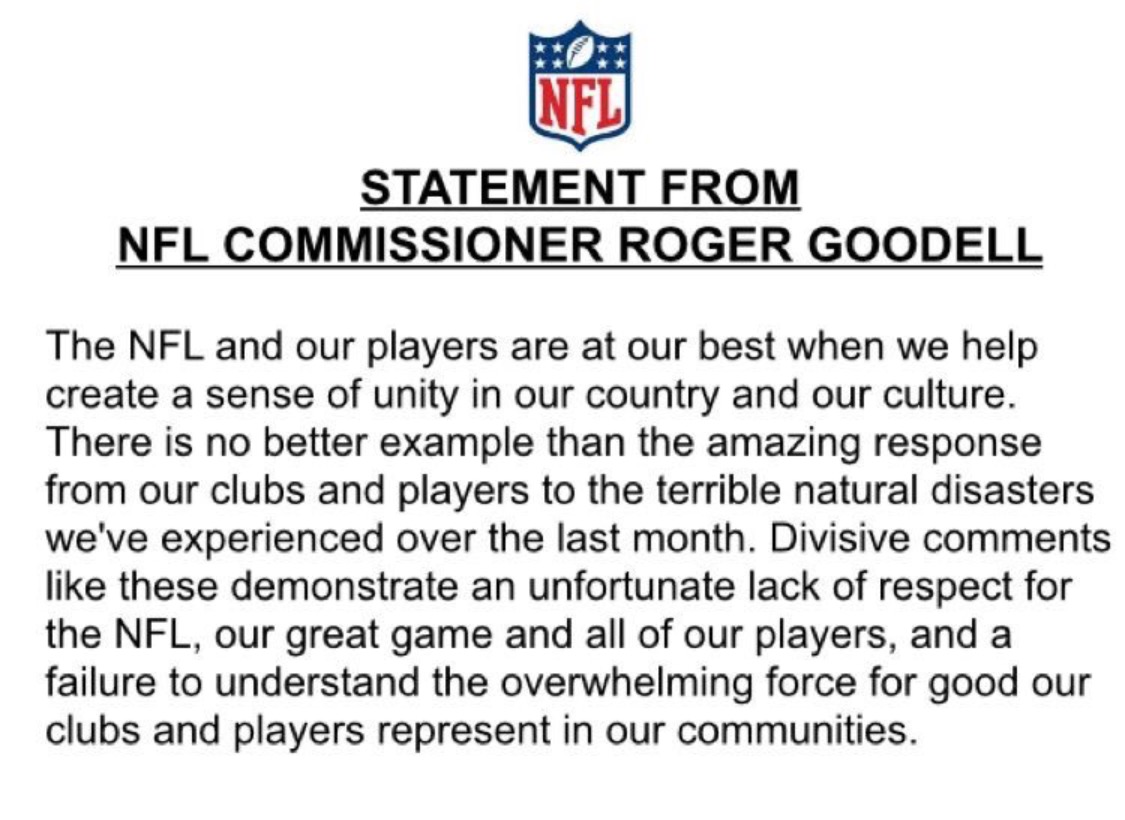