The Little Rock Police Department has not yet disclosed what actions it has or might take over a complaint about a Facebook post by police recruit Brandon Schiefelbein. But an indication surfaced today that the department was considering firing him and his attorney has threatened a lawsuit if that happens.

The Little Rock Black Police Officers Association has asked that Schiefelbein, a Cabot resident, be fired because it found a Facebook post he’d made in 2013 that showed a photograph of a sleeping black man with the comment, “Go nigga. Go .” The complaint was made public after blogger Russ Racop, a candidate for City Board, got a copy of the BPOA letter. Racop also noted Schiefelbein’s Facebook mentions of what Racop termed “fringe” groups — the 3 Percenters and the American Resistance Movement.

The police department spokesman confirmed the complaint and said it was under investigation, but there have been no further announcements. However, Racop learned of a threat to sue if Schiefelbein were to be terminated and asked for materials about that. He got from City Attorney Tom Carpenter a copy of a letter sent by Schiefelbein’s attorney, Robert Newcomb to Police Chief Kenton Buckner.

The full copy is here.

Newcomb said “proposed removal” of his client would be unfair, another recruit, Brandon Gurley, who  complained about Schiefelbein, “appears to use the same terminology in Facebook postings of his.” Newcomb included these in the letter. They show Facebook posts from 2010 by Gurley, who is black, using the word “nigga” in comments.

“The individuals that were photographed and had the tag put on them both have served with him in the Army Reserves and indicated to Internal Affairs that they are not concerned at all about him. They clearly felt that this proposed action is an overreaction by the Police Department.”

Newcomb said Schiefelbein would agree to release the internal affairs file if he is not fired. He urged Buckner to keep both recruits on the job or fire both them.” That way there would be no discrimination based upon race where firing one who is white but not firing the African American for using the same term is wrong.”

The FOI material includes an exchange of comments between Gurley and Schiefelbein about the picture of the sleeping soldier.  You can see them all at to , but I’ve excerpted a couple.

Schiefelbein took down the photo and apologized. Gurley seemed to accept the apology in the conversation Newcomb submitted. 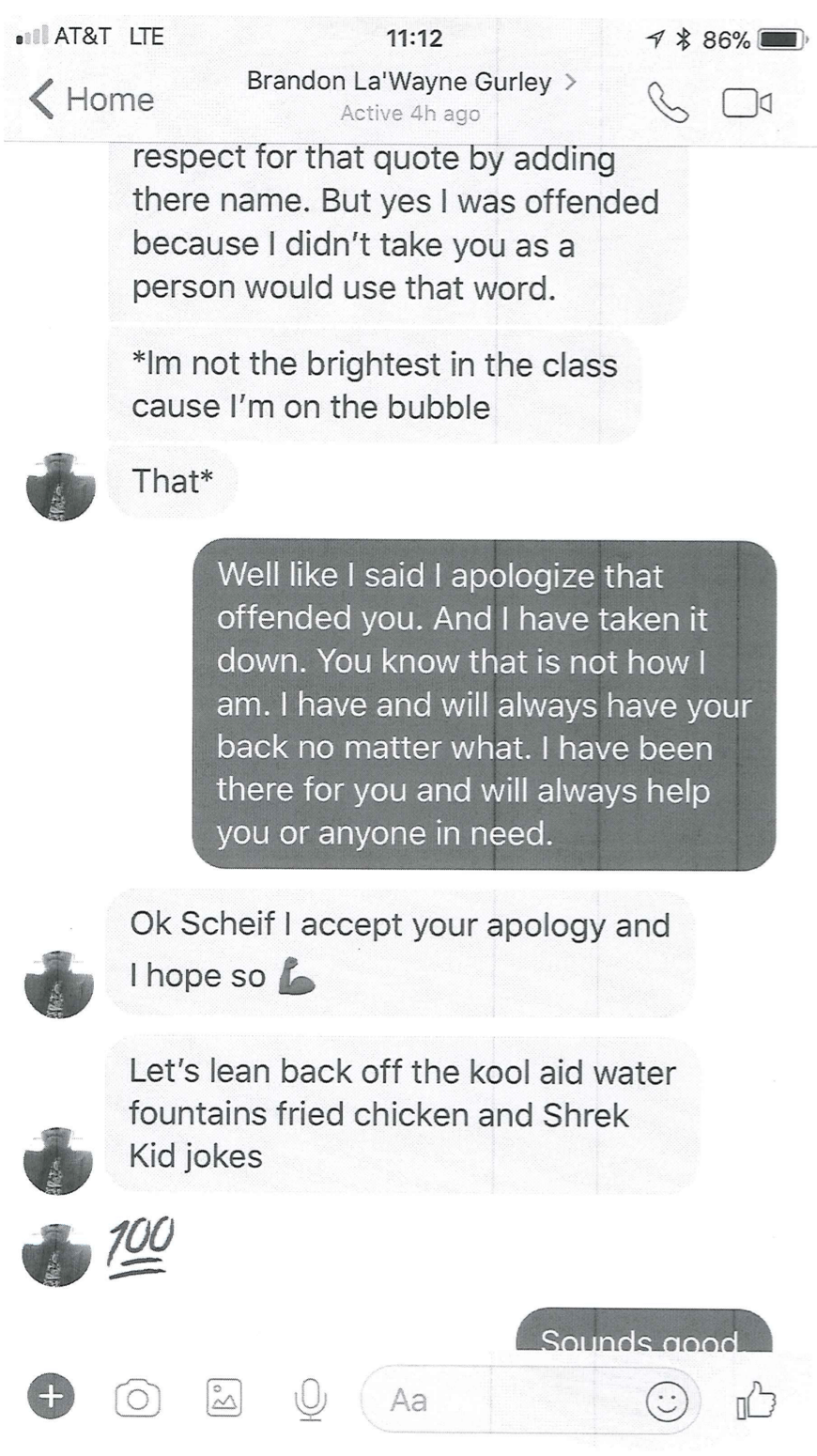