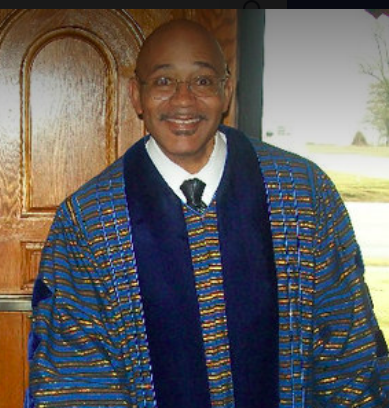 The Pine Bluff Commercial reports on a fractious discussion by the Jefferson County Quorum Court last night on steps to replace Henry Wilkins IV as county judge. He’s resigned effective Thursday after disclosure in a federal court in Missouri that he’d said he’d received $100,000 in bribes from indicted former lobbyist Rusty Cranford while Wilkins was a legislator.

There was some desire to discuss Wilkins at the meeting, but the effort eventually failed.  A public meeting to declare a vacancy and seek a replacement is necessary. The notice is to appear in the local newspaper Wednesday and the meeting to replace Wilkins will be at 5:30 p.m. Thursday. His resignation is to take effect early Thursday.

Blog readers will be interested to know that Stu Soffer, a Republican from White Hall, has withdrawn his self-nomination to succeed Wilkins for the rest of the year when the term ends. He said he hadn’t received encouragement from the four Republican JPs on the court to proceed. Soffer, a member of the county election commission and state election commission, has been a critic of Wilkins and others. He acknowledged he has “baggage.” He said he was throwing his support behind a Democrat, Booker Clemons, a former legislator, who’s among those being mentioned as a potential appointee. (A recommendation from Soffer might not be a plus in some segments of Jefferson County.)

In covering events yesterday, the Commercial’s Ray King got more information from the U.S. attorney in Springfield who revealed Wilkins’ admission in the course of a bail hearing for Cranford. The government is resisting bail, saying Cranford is a flight risk and alleging he talked about killing a co-conspirator.

The U.S. Attorney’s Office in Missouri provided the following information about that hearing as it related to Wilkins.

“During the Feb. 22 interview with the FBI, Wilkins admitted and acknowledged that he received funds totaling approximately $100,000 from and involving Cranford, which were at the time characterized as donations to Wilkins’ church, but which Wilkins now admits were bribes for him to perform specific official acts directed by Cranford.

“Wilkins further told agents and attorneys for the United States that sometime after it became known there was a federal investigation ongoing, Cranford met personally with Wilkins. During that meeting, Cranford told Wilkins he would continue paying Wilkins’ church even though Wilkins had left the legislature.

“By doing this, Cranford stated, it would look like he (Cranford) had not been paying bribes to Wilkins. In addition, Cranford instructed Wilkins to display a plaque on the church’s wall to show how Cranford had donated money for a bookshelf for the church. This meeting occurred toward the end of 2014, just before Wilkins left the legislature. During a subsequent meeting between Cranford and Wilkins at Cranford’s office, Cranford told Wilkins how he knows he is a member of the church.

“This was stated to remind Wilkins of Cranford’s talking points if Wilkins was questioned about it in the future. At another point, after the Arkansas trial of Ted Suhl, who went to jail for a bribery scheme involving donations to a church, Cranford told Wilkins he was going to make sure they didn’t get caught like Ted Suhl.”

Suhl was the chief executive of a company that provided and community treatment for youths financed by Medicaid, a major source of money for the healthcare company for which Cranford worked. Suhl was convicted in a bribery scheme involving a DHS official and former legislator and is serving a seven-year federal prison term. He is appealing his conviction.