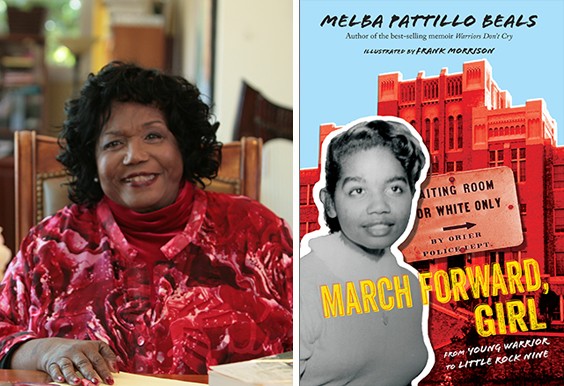 Quora, a website that provides a forum for asking questions of interesting people, has posted a session with Melba Pattillo Beals, a member of the Little Rock Nine, author of books on the school crisis and a former journalist and college professor. The unflinching answers won’t surprise anyone who’s met or read Beals. She says no classmate has ever apologized for mistreatment 61 years ago.

What was life at Central High School like after that first famous day in 1957?

Have any classmates from Central High who were mean to you and the rest of the Little Rock Nine stepped forward to apologize?

Both my kids went to Little Rock Central High. Why can’t we seem to get past the event 1950’s in LR? I’d rather see us come together and build a connected community racially as a beacon of hope and inspiration than rehash the past over and over.

The event in the fifties was never completed. It is a lesson which keeps on giving in many areas. Nine teenage children went to Central High in a fight against 1900 white children. They were tormented for a whole year in a hostile atmosphere. That behavior still lies beneath the surface. It appears in the desire to create charter schools; it appears in all of the reversals of fair housing, fair jobs, protection for our water and air etc. It isn’t just about Central High alone. That torment affected the quality of education in Little Rock forever. It set a tone and established that separate can never be equal and yet still Little Rock insists on separate and unequal. Little Rock has never resolved the decision of Brown vs. Topeka and has never taken it seriously. Until they do they must relive the lessons of the ‘50s.

Little Rock demonstrates a deep-seated fear. It is about a fear of sharing; a belief that there is not enough for everyone and I must hang on to what I have and clamber for more because it might disappear. It is also about a belief that I’m better than others but the fear that maybe I’m not. I might find that out if you had the opportunities I have. I might find out who I truly am.

If resources were equally available so that we could all have the things we needed and wanted, would we still compete selfishly for The limit on resources is what provokes the underlying discussions of sharing around the world. We look to the past hopefully, to teach us ways of not repeating it. What we see is people who are unequal striving for equality. To rid ourselves of the necessity of looking to the past we must start to see everyone as our equal.