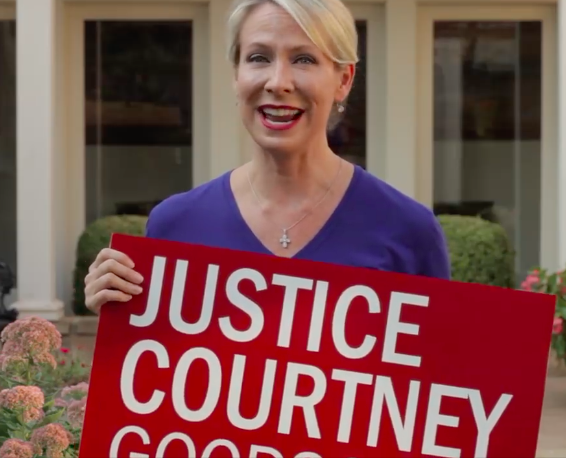 Many races locally and nationally are of interest today, of course, but two Arkansas election contests are particularly interesting to me because I just don’t have a clue how they’ll turn out:

* STATE SUPREME COURT: Will a deluge of dirty outside money with wildly misleading radio and TV advertising a Supreme Court seat for a declared Republican partisan, David Sterling, for a nominally nonpartisan seat on the Arkansas Supreme Court. Or will Justice Courtney Goodson hang onto the seat thanks to being able to run as justice and as a woman in a year in which the thinking that being a woman candidate is a plus. Goodson has spent only about $140,000 and done some homespun social media work in between traveling the state.  Sterling has matched her spending and traveled extensively to appear at Republican gatherings, but he didn’t need to raise much money given the tsunami of cash from the Republican State Leadership Committee, a Washington-based behemoth loaded with corporate loot.

* LITTLE ROCK MAYOR: The five-way race boils down to Baker Kurrus, Warwick Sabin and Frank Scott Jr. Kurrus enjoys significant Republican and business establishment support, but couldn’t be called a reflexive member of either contingent; Sabin also developed some crossover support early in his campaign but has been reliably liberal on issues; Scott will command the African-American vote and has a great story as a native son made good and now a solid establishment highway commission, banking) player who hasn’t forgotten his roots.

The thinking has been that a runoff is inevitable, the only question being which two make it.  However, I think there is a path to victory (a 40 percent vote) but it’s narrow and depends on a tiny vote for the marginal candidates, Vincent Tolliver and Glen Schwarz, and a lighter than expected vote for one of the three major candidates.

Your predictions in both races welcome.