The State Board of Education voted to waive the Teacher Fair Dismissal law for all Little Rock School District employees after a marathon meeting, which was filled with impassioned pleas from teachers and community members to the board to stop meddling in the district. The meeting came to a close with angry shouts from the audience, which had been in the meeting room for some nine hours, and a barricade of Capitol police officers blocking the crowd from the board members.

Board member Diane Zook’s laundry list of proposals to reshape the district was almost wholly rejected by the board. Members often cited “overreach” and “micromanaging” in voting against her proposals, including reorganizing the central district administration and eliminating the district’s deputy superintendent positions; reconstituting Hall High School; auditing special education and dyslexia services in the district; instituting a new reading curriculum; adding ninth grade to Pinnacle View Middle School; and redrawing district lines. Only the audit of special education passed. 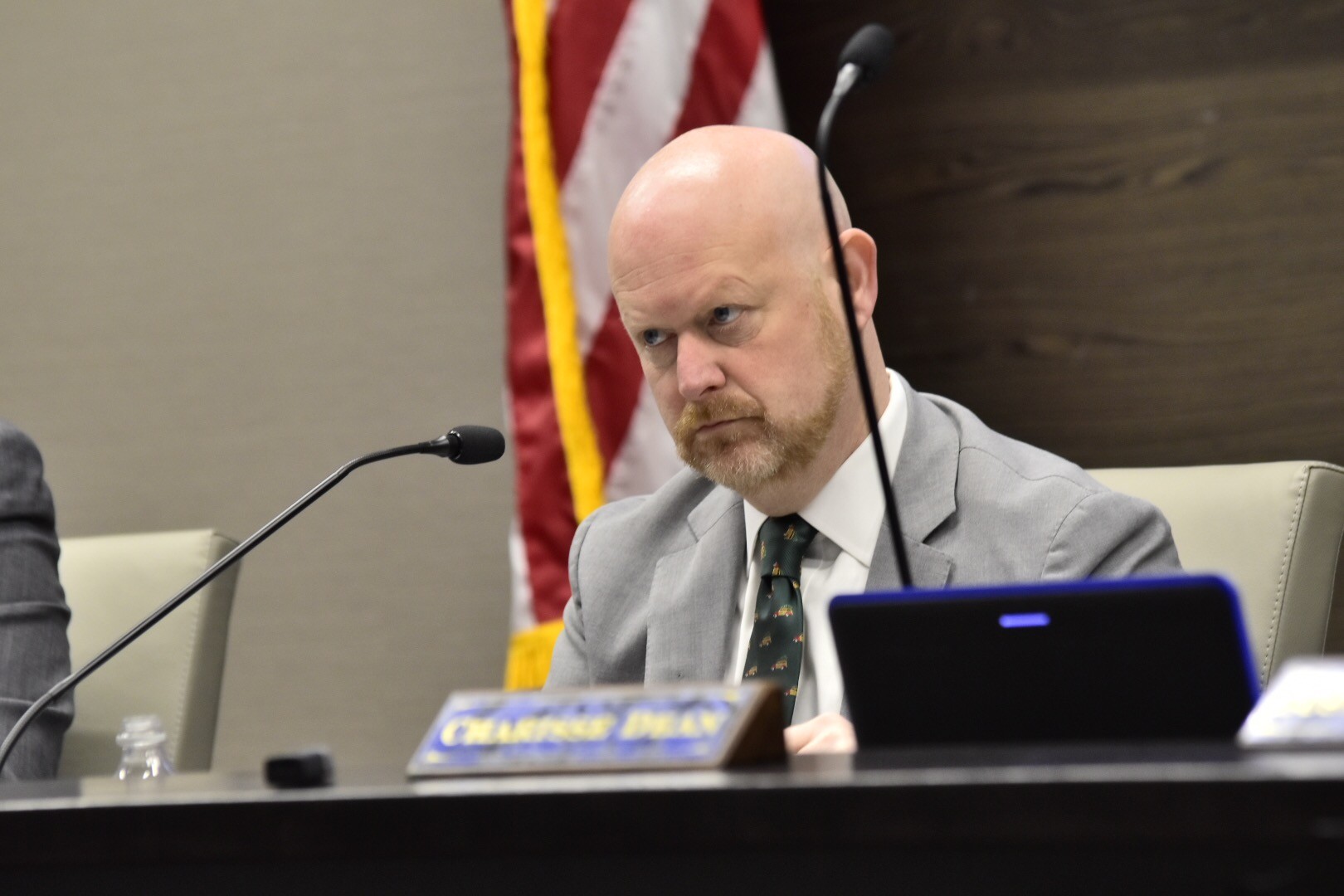 The vote to waive the fair dismissal law was 6-3, with the unlikely combo of board chair Jay Barth, Charisse Dean and Brett Williamson opposing the motion, which was proposed by Sarah Moore.

The route to the final vote was long and circuitous. Ouida Newton originally made the motion to waive the law for all employees. In response, Barth made an impassioned plea to deny that motion.

“All schools are complex institutions and urban schools are especially complex institutions,” he said. “[Waiving the fair dismissal law] really says to teachers that they are the ones under attack. They’re getting the blame for the system as a whole. … This district needs unity. This motion is not a move toward unity … The most challenging district need the best teachers.”

That initially seemed to turn the tide.

Consulted by members of the board about his wishes, Superintendent Mike Poore said that he’d represented to the Little Rock Education Association and LRSD teachers statements from Education Commissioner Johnny Key that a waiver of the fair dismissal law would only apply to 22 LRSD schools that earned a “D” or “F” under a new accountability framework. He noted that he considered himself a man of his word. Poore also expressed some support for a waiver that targeted administrators, who Newton said her primary target in pushing for a waiver.

Key’s original metaphor that such a waiver would allow the district to strategically fire staff, using a “scalpel and not a chainsaw,” was often invoked and rejiggered. At one point, board member Fitz Hill asked Poore if he needed a “hatchet in his toolbelt.”

Poore replied: “I don’t want a hatchet at all in my toolbelt when I’m dealing with teachers.” 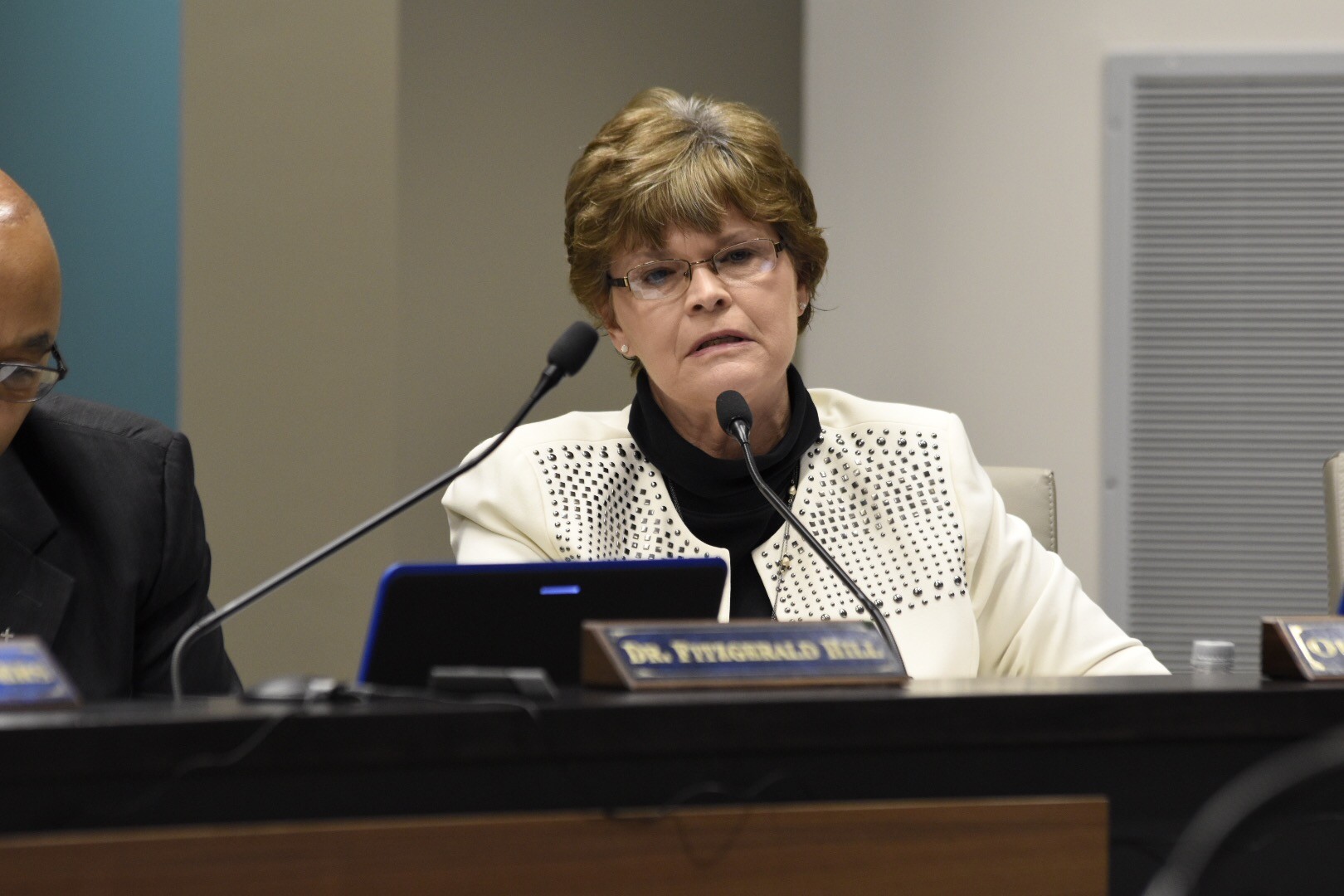 Newton amended her original motion to target just teachers in “D” and “F” schools and administrators, which prompted an outburst from Sen. Joyce Elliott, who was fighting tears. “You are saying to [teachers], ‘You don’t matter.’ We’re creating two groups of teachers.” She told the board that morality dictates that they shouldn’t create such a waiver. “Think about what this hearkens back to.”

Newton’s amended motion failed to get a second, and it initially seemed as if Little Rock teachers had scored an unlikely win and repelled the effort to waive the fair dismissal law. But Moore then brought back the original motion to waive the law district-wide, prompting more discussion.

Moore said that this waiver would simply allow Poore to more easily fire problem employees and he might not have cause to use it at all. Barth countered, “Symbolism really matters. That’s what this is all about.”

The state board auditorium at the Education Department was filled to capacity all day, with over 150 parents, teachers and others in attendance. The board heard emotional public comment from some 40 community members, LRSD teachers public officials, the vast majority of whom asked the board to return the district to local control and not waive the fair dismissal law.

LRSD Superintendent Mike Poore gave a spirited defense of the district at the outset of the meeting, noting that district-wide academic growth had been on par with the state average despite $50 million in cuts over five years. In response to Zook’s efforts to reconstitute or reorganize the central office of the district, Poore said he would consider a move to fire his deputy superintendents a “no confidence” vote in his own leadership.

Asked by board chair Jay Barth which proposals on the table were most potentially harmful, Poore said, “I think there needs to be a limitation on where you all go with this Fair Dismissal [waiver] … [and] I believe the reconstituting of the central office …. [amounts to] a vote of no confidence in your superintendent.”

He apologized for being so direct, but added, “this is high stakes stuff we’re talking about here.” Though he didn’t say this outright, it sounded a lot like Poore was saying he could quit if the board moved to reconstitute the district’s central office. 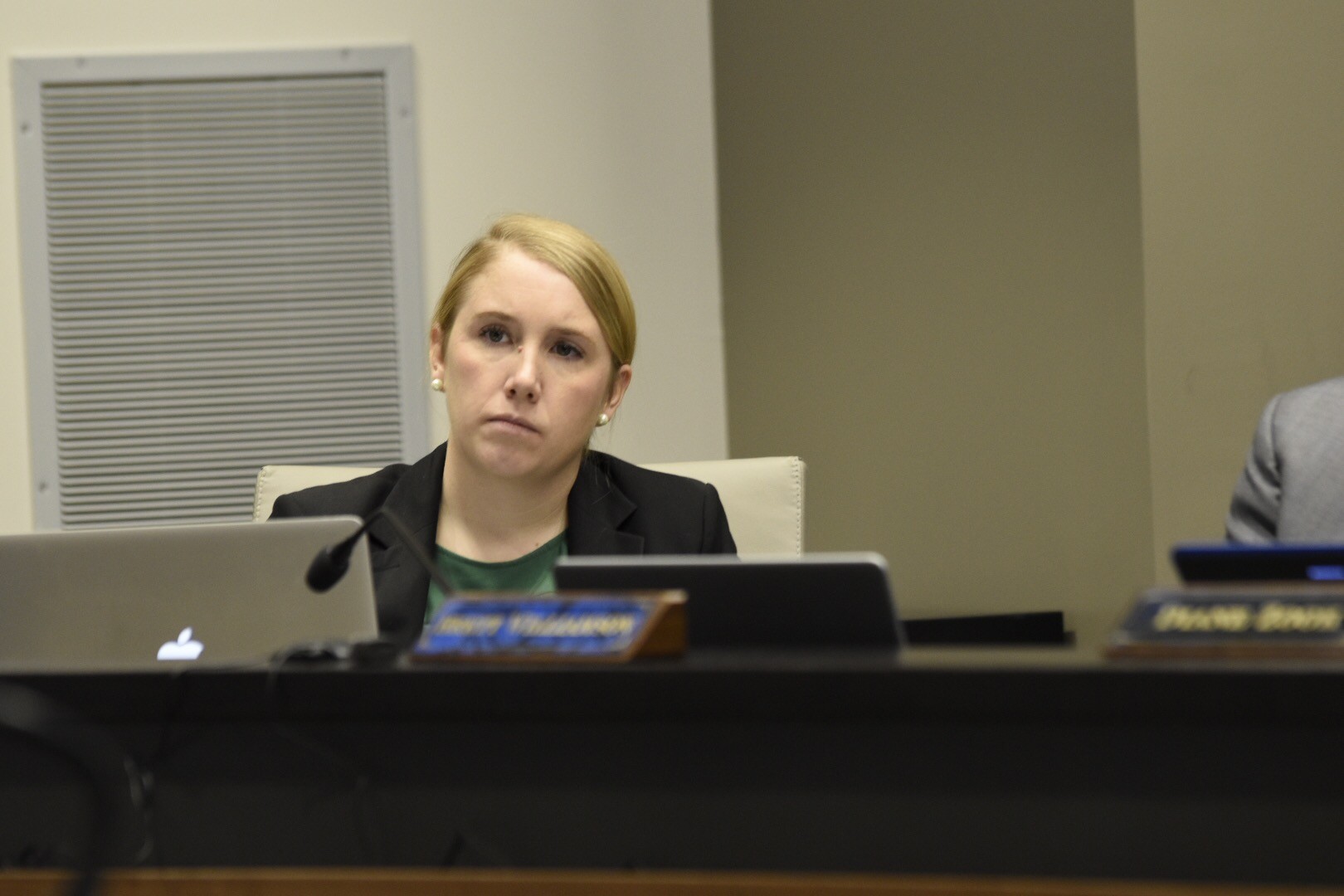 Update: Former state board chair Sam Ledbetter, who was the decisive vote to take over the district in Jan. 2015, urged the board to reject the proposed waivers, including the fair dismissal act. Had he known the state board would “act in this manner” he never would have supported takeover, he said.

A major factor in his support for the takeover several years ago, Ledbetter said, was his concern that the locally elected school board was micromanaging the superintendent at the time. He had hoped that a new superintendent, working with the education commissioner in lieu of an elected board, would have the freedom to make the changes necessary to turn around the LRSD.

Now, he said, the state board was micromanaging Superintendent Poore in much the same way. “If you decide to take the actions proposed, you will be repeating what I believe to be the mistakes of the past,” Ledbetter said.

If Poore had argued that the waivers being proposed today were necessary, Ledbetter said, he wouldn’t oppose them. But Poore didn’t support them. Approving the waivers forwarded by Zook and Newton would “undermine the goodwill that Mr. Poore has sought to build” in the community.

Ledbetter also forcefully rejected the idea that the district needed a waiver of the fair dismissal act. “ I do not believe that any of these proposals will improve academic performance,” he said. “You are not going to attract high-quality teachers to this district by stripping protections … and dumping on them. … It’s not going to happen.”

“I do not believe that any of these proposals will improve academic performance in the district but instead will have the opposite effect,” he added. “You are not going to attract high-quality teachers to this district by stripping protections of the teachers we have and dumping on them. It’s not going to happen.” Ledbetter said the vote would only further divide the community.

“If in January 2015, I had any notion that this board would act in this manner, I assure you my vote on state takeover would have been against it. I never imagined that things could get worse, but I think you’re about to prove me wrong. If your goal is to inflict irreparable harm on the Little Rock School District, then you should support these proposals. But if your goal is to return the district to local control in better shape than when you took it over, I strongly urge you to oppose them,” he said.

Most (but not all) other speakers have thus far urged the state board to reject the proposed waivers, including many LRSD teachers and parents. However, several dyslexia advocates spoke negatively of the district’s track record on services for students with reading disabilities and other special education needs.

Many Little Rock state legislators spoke passionately to the board at the close of the public comment period:

Sen. Joyce Elliott, perhaps the state’s most vocal advocate for equitable education, reminded the board that she had often talked to them about policies in countries with world-class educational systems.

Elliott said, “We’ve forgotten what it means to teach a whole child.” She said that members of the board were forgetting the health and safety of children, which figures mightily into their academic performance, a comment that echoed an earlier statement by Rep-elect Tippi McCullough, who is also an LRSD teacher.

“You might vote for the proposal for fair dismissal,” Elliott said. “You will absolutely be voting with no evidence that this makes sense for our teachers, kids or community.”

Sen. Will Bond flipped remarks from Key in the education commissioner’s opening statement of the meeting, where he talked of the “moral urgency” that compelled the state and the board to make changes in struggling districts. Bond said there was a “moral urgency to make sure to let people know that teachers are the most important public servants in our society.” He said the board was “declaring essentially on the people you need to solve” problems.

“After four years, there has never been a systematic plan for the district or a plan to return to local control,” Tucker said. “Who holds this board accountable? The legal and political reality is no one. The answer has to be . Y’all have to hold accountable. Put in the work for the community.”

He also noted a recent episode in the Springdale School District, where a journalism teacher stood up to the district’s administration in a dispute over the publication of a controversial school newspaper article. Without the protections of the fair dismissal act, she “might not have been willing to do that,” he said.