Promising a “new day” in Little Rock government, Frank Scott Jr. was inaugurated today as the city’s first popularly elected black mayor. He was cheered on by a largely black crowd of over 1,000 that nearly filled Robinson Center Performance Hall, a significant departure from the small inauguration ceremonies held in years past at Little Rock City Hall.

With nine of the 10 City Board members seated onstage behind him (Capi Peck was absent) and outgoing Mayor Mark Stodola in the front row, Scott, 35, offered many of the hopeful notes of his campaign while also promising to shake things up at city hall. 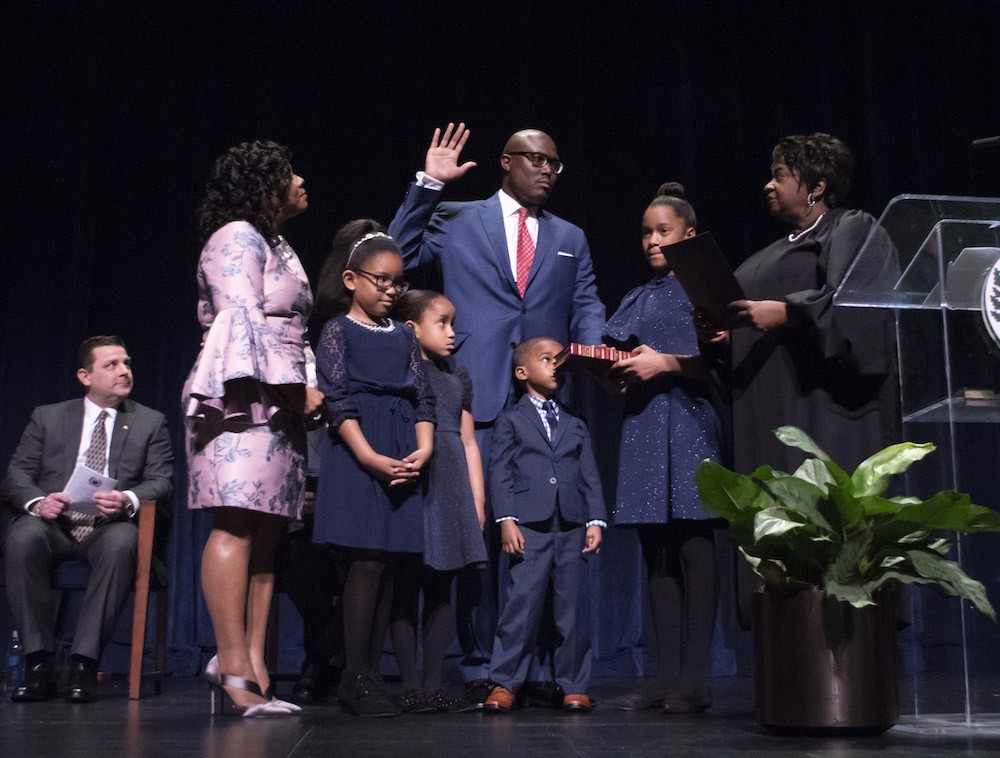 The pastor and former banker reminded the audience that he was “born, raised and still resides in Southwest Little Rock” and that he’s a product of the Little Rock School District” and a “child of a God.” Playing off his “It’s time” campaign slogan, he said, “It’s time for a better Little Rock that truly understands its diversity and identity.” He promised to unify the city, stimulate the economy, secure “our communities,” “make certain we get the Little Rock School District back” in local control “yesterday” and make Little Rock the sort of place people don’t leave for greener pastures elsewhere.

He read off the names of his transition team:

And the subcommittees they will lead:

And then offered this granular description of the process:

“With input from the public, these citizen-led committees will review every facet of the city government and each of my agendas to produce a four-year plan for moving Little Rock forward. … Every city department, board and commission will have to come before the relevant subcommittee and specify their impact over the last eight years. The subcommittees will then consider this information from the outgoing admin of Mayor Mark Stodola and the city manager’s office and public input from town halls hosted by each subcommittee in order to make final recommendations to the transition committee’s leadership, that will be included in the transition’s final report.”

In summation, he said, “An open, transparent transition is the first step in what I hope will be a clean break from the way city hall has operated. [“It’s time!” yelled someone from the audience to punctuate Scott at his most fiery.] 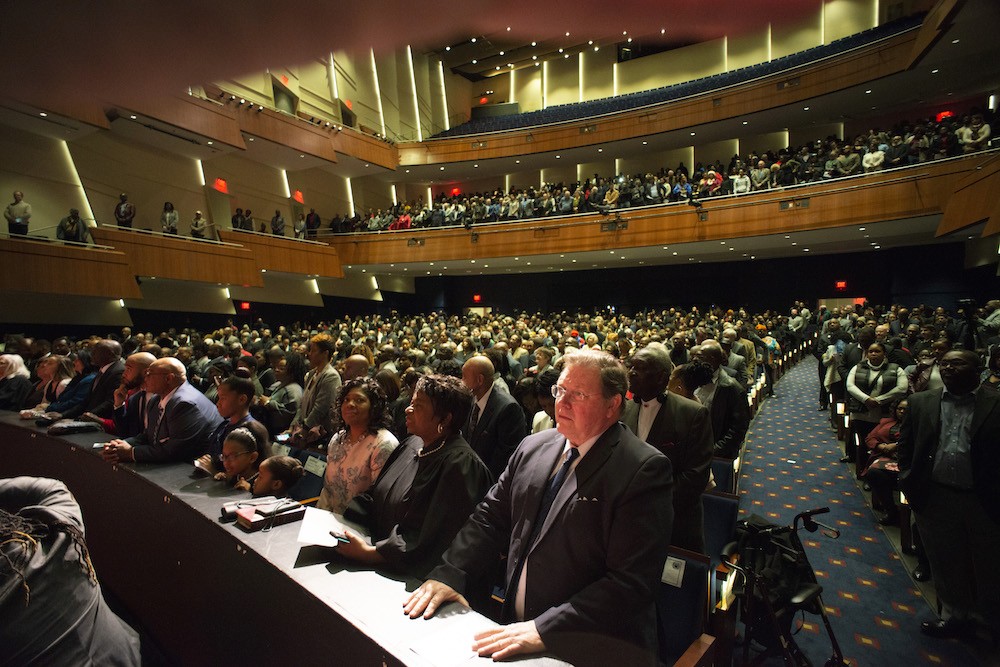 As he did in his victory speech in December, he closed with the story of Esther from the Bible. Esther, Scott said, was adopted and went on to become a great queen. “Just because we get to the promised land does not mean we don’t have battles ahead of us. As Mordecai … told her, do not remain silent for such a time as this.”