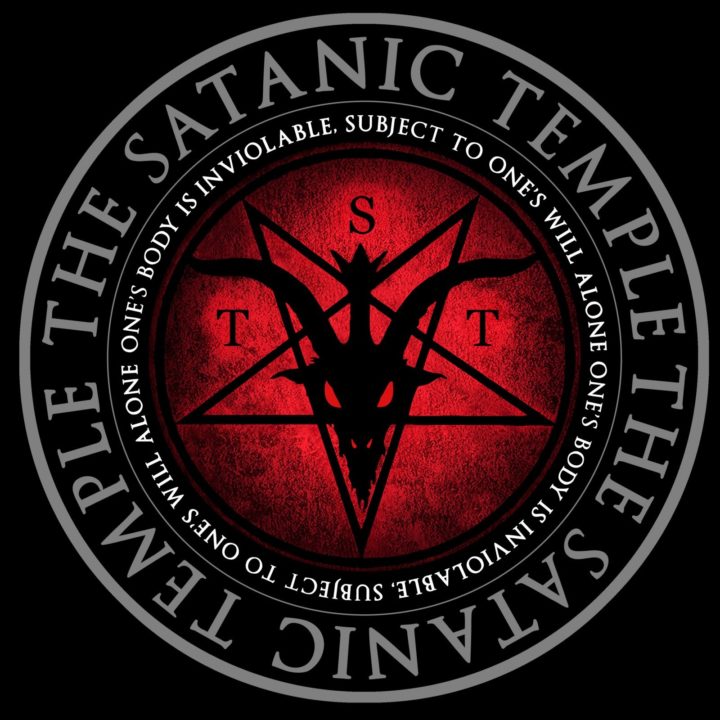 The Satanic Temple, the group seeking to put a statute of Baphomet at the Arkansas Capitol, has announced its intention to challenge the U.S. Supreme Court ruling yesterday that upheld an Indiana law requiring burial or cremation of fetal remains. It’s about religious freedom, see.

The Satanic Temple didn’t mention it, but Arkansas passed a similar law on fetal remains. It’s part of the broad effort to place so many obstacles on people seeking or providing abortions that abortions become, as a practical matter, impossible to obtain.

Challenges of fetal remains disposal laws continue on a different legal standard than was applied in the Indiana case yesterday. And the Satanic Temple intends to raise that argument:

The Satanic Temple (TST), an international religious organization headquartered in Salem, Massachusetts, has declared immunity for its members from the Indiana Law (HEA 1337) requiring the cremation or burial of fetal remains that was allowed to stand by the U.S. Supreme Court. One of The Satanic Temple’s fundamental tenets is the inviolability of one’s body. Members of The Satanic Temple believe that non-viable fetal tissue is part of the woman who carries it, and as such, state impositions of ceremonial requirements dictating its disposal, barring any plausible medical or sanitary concerns, is a violation of TST’s Free Exercise allowing Satanists to contextualize the termination of a pregnancy on their own terms, with deference to their own religious beliefs. As such, TST affirms that this rule violates their religious beliefs and asserts that their members may refuse to adhere.

TST spokesperson, Lucien Greaves, explains: “Although the Supreme Court affirmed the right of states to have an interest in the disposal of fetal remains, their ruling allows for objections to the Indiana Law based on undue burden. This law clearly places an undue burden on the religious practices of The Satanic Temple by interfering with burial rites. These traditions have existed since the birth of organized religion. Rejecting our claim would profoundly undermine a basic cornerstone of religious organizations. It would be profoundly hypocritical for any Church that advocates for religious rights not to support our claim.”

The Indiana House Enrolled Act No. 1337 forbids hospitals, abortion clinics, and other healthcare facilities from disposing of fetal remains in sanitary landfills and instead allowing only cremation or burial. Because this mandate impacts burial rites, which are a well-established component of religious practice, TST insists that under the Religious Freedom Restoration Act (RFRA), the law cannot apply to their members, as the law violates TST’s tenet of bodily autonomy. RFRA, a federal law enacted in 1993 designed to protect religious freedom, requires that when a religious practice conflicts with laws of the State, the State must provide a compelling reason for why religious rights should not be honored.

“To be clear, members of The Satanic Temple will not be made to pay for these punitive, superfluous, and insulting burials. We claim exemption on religious liberty grounds, and we will almost certainly prevail in the courts if we are forced to fight. It’s time that petty sanctimonious panderers like Vice President Pence, who signed this law as governor, come to realize that religious liberty means freedom from unreasonable government imposition upon religious opinion and practice — not his own ‘freedom’ to impose a particular religiously-dictated practice upon the electorate whom he serves,” said Greaves.

Somebody send Sen. Jason Rapert the news. He’s a believer in the Religious Freedom Restoration Act, I believe. It’s the bedrock of LGBT discrimination in Arkansas, for example.