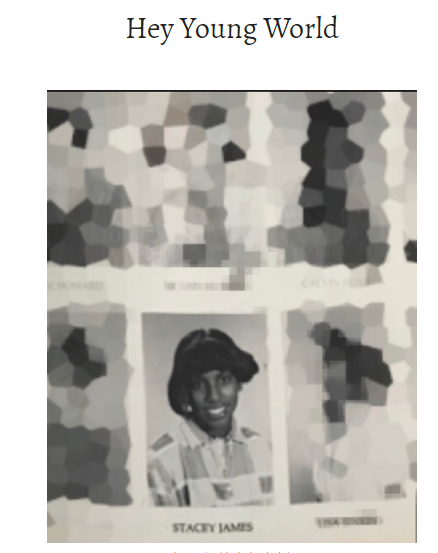 FROM MCADOO’S BLOG: Photo is from her middle school years.

Stacey James McAdoo, the Central High teacher who is the 2019 Arkansas Teacher of the Year, writes on her blog about an invitation to speak to 8th graders at Henderson Middle School. It’s a moment to reflect on her own time at Henderson 30 years ago and a fatal schoolyard shooting there.

The mind plays tricks on memory, McAdoo writes. But she’s sure of some things since her 7th-grade year. There have been seven documented school shootings in Arkansas. She teaches students today to be vigilant, to be aware of exits and how to respond to active shooters. She closes:

I’ll be glad when zero becomes the world’s new favorite number. Maybe then that will be the number associated with school/mass shootings and deaths to gun violence.

And maybe, just maybe, the next time I’m asked to speak at Henderson’s 8th-grade promotion life, instead of death, will be on my mind.