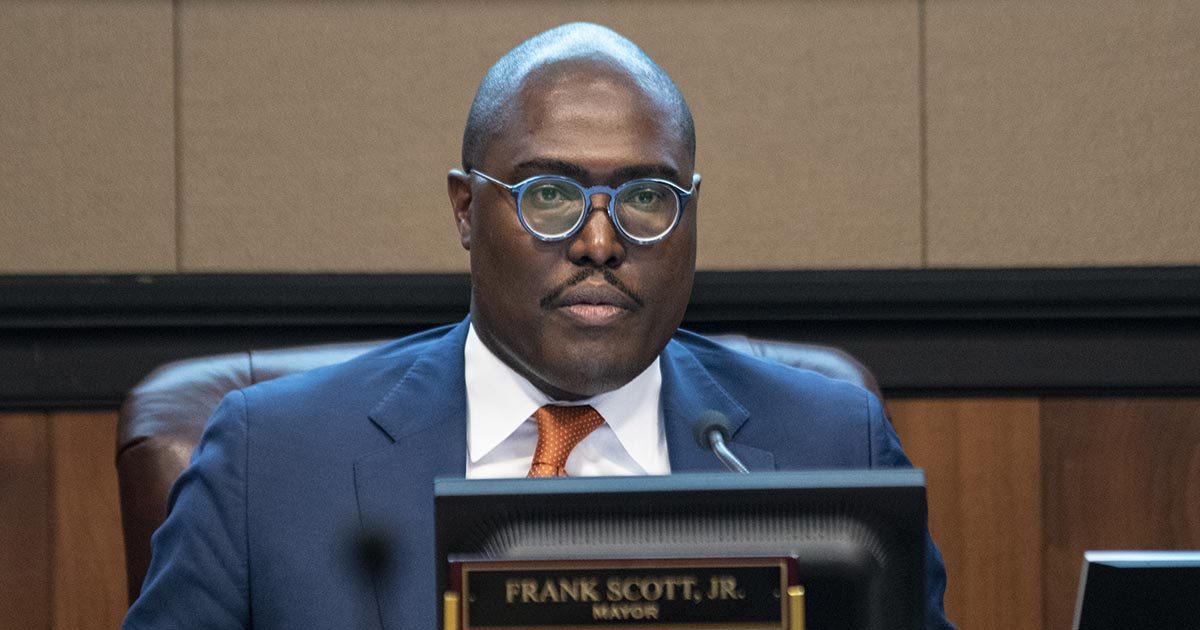 On June 4, city directors approved the closing and “repurposing” of two city golf courses as part of a $2.1 million adjustment to the 2019 budget, though the budget amendment did not specify what courses would be closed. Eckart told city leaders his recommendation was based on financial concerns, saying the number of rounds of golf played on city courses has steadily decreased over the past 10 years, while the cost to maintain the courses has increased.

The city spent about $2.6 million to support its four golf courses in 2018, and the courses made around $1.4 million in revenue, according to numbers provided by the city.

Eckart said his recommendation was also based on a golf feasibility study presented to the board in April, which also recommended for the closures of Hindman and War Memorial.

Eckart and Parks Design Manager Leland Couch presented “visions” for what the future layouts of Hindman and War Memorial could look like after being repurposed, with potential space for walking trails, bike paths, picnic areas, disc golf courses and playgrounds. He emphasized that the layouts are just ideas are and subject to change.

Couch also spoke to the board about the possibility of connecting Hindman and War Memorial to some of the city’s other parks through bike trails and walking trails, though he added that neither of the new concepts for the parks had taken the cost of repurposing into consideration.

Before directors asked questions of Couch, Scott asked the board to remember, “how did we even get here?”

“We understand that for quite some time and in previous years, there’s been some fiscal issues with the city,” Scott said. “We had a $7 million loss in 2018, we utilized $5 million of one-time funds for recurring revenues, and part of that situation [means] we had to have a hard look at our city budget and how [we] move forward to make certain we have fiscal stewardship and put us back on financial footing.”

Scott emphasized the need for the city to “revitalize, reimagine, and re-invest [in]” the two closed courses.

“What do we do next? We’ve already made a decision on two of four golf courses to cease golf operations,” Scott said. “Staff is now recommending that those two are Hindman and War Memorial. If management does accept that recommendation, we have to have some sort of a plan for day one.”

Scott referred to “management” accepting or denying the recommendation several times throughout the meeting. Scott accepted the recommendation after almost two hours of discussion on the golf course closures, even after Vice Mayor BJ Wyrick and Ward 2 director Ken Richardson said they did not support it.

“This is a huge disappointment for me,” Wyrick said of the Hindman closing. “I don’t think the [feasibility] study was very fair, where they said that this golf course was in a floodway. … When you look at Leland [Couch]’s diagram here and talk about putting all these amenities in here, this is for dry work. It’s not for being underwater. So by doing this arrangement, we’re already saying that this ground is stable enough. It’s not in a floodway; we can add these amenities to it.”

Richardson said he was supportive of keeping both the courses open because “they’re the most diverse courses we have in our city, in terms of age, race, gender.”

“You’d be hard pressed to find more diversity in any one of those [other] courses,” Richardson said.

Ward 5 director Lance Hines shared his support for the recommendation, saying that rounds of golf played have been declining in the city, and the closures of Hindman and War Memorial could potentially bring new interest to the city’s remaining courses.

“I think what we’re trying to do is build something that’s good for the whole city,” Hines said. “Everybody likes things to stay the same.” He then quoted the Talking Heads song “Once in a Lifetime,” saying golf in the city is “same as it ever was.”

“But unfortunately, financial decisions, in some cases, lead to a new genesis. I think we could have something that’s actually better, and I think I see a brighter future,” Hines said. “It looks dark right now, but as they say, it’s always darkest before the dawn. The dawn of some new facilities, a new way of looking at things, that can possibly make this better for all involved.”

In the “short term,” Scott said there will be an “internal team” dedicated to programming park activities at Hindman and War Memorial. Scott said the long term future of the parks will involve community involvement and input, including the creation of a community task force that will help decide the repurposed layouts and amenities of the parks, including construction and maintenance costs for the overhaul.

City directors also voted to approve an ordinance allowing the city manager to enter into a $108,490 contract with Razor Cut Lawn, a Jacksonville-based lawn care company. After questions from directors at last week’s agenda-setting meeting about the decision to award the contract to a company based outside Little Rock, directors Joan Adcock and Erma Hendrix again expressed concern about contracting with Razor Cut Lawn, but their other fellow directors approved the ordinance.

The outsourced contractor will be required to mow 30 of the city’s 63 parks and the city’s six community centers. The city’s current ground maintenance staff would continue to mow the other 33 parks and provide additional landscape support.

Directors also approved updates to a 2009 ordinance that allows the city to immobilize vehicles with unpaid parking fines.

At last week’s meeting, directors voted to put the Heights Landscape Design Overlay District ordinance on Tuesday evening’s agenda, but the ordinance was withdrawn from the meeting’s agenda by the Heights Neighborhood Association.

Directors also approved an ordinance that will change the city’s Land Use Plan for the area between Interstate 430 and the state Capitol. The Land Use Plan outlines different land use possibilities, such as residential, office or commercial uses, for the entire city. Communication to the board about this ordinance stated that all property owners affected by changes to the land uses were contacted in late December 2018. The Planning Commission voted unanimously in favor of recommending the ordinance to the Board of Directors, and communication to the board also stated that the ordinance acts as a “ ‘clean-up’ to more accurately reflect the current and likely future development pattern” in the areas subject to change.

The Land Use Plan divides Little Rock into 30 different planning districts, and each district identifies the types of land uses allowable. The planning districts also identify which areas of the district fall under which type of land use. The ordinance presented to directors Tuesday evening would/will change land uses in 14 different areas between I-430 and the state Capitol.

*A previous version of this post incorrectly stated that the last day of play at War Memorial golf course would be June 28.

In addition to closing Hindman and War Memorial golf courses, Eckart said he recommends the city “reinvest” in the First Tee facility and Rebsamen Golf Course.

Scott repeated throughout the meeting that Hindman and War Memorial would be closed “if management accepts the recommendation,” and then he accepted it after the citizen communication portion of the meeting. Several community members shared their concern that the decision to close the two courses had been made before Tuesday’s meeting, and Richardson agreed.

Paul McDonald, a Hindman golfer, said he feels the city has “lost so much south of [Interstate] 630,” where he’s lived in the John Barrow neighborhood for 40 years. He also said if the decision to close two golf courses was a “purely financial one,” then “everyone could agree First Tee would be the first to go.” He added that “flooding is not the issue” at Hindman, and he and many fellow golfers from the course will not go on to play at First Tee or Rebsamen after Hindman is closed.

“I’m not sure what to say,” McDonald said. “It seems you have already completely made up your minds to do this. I would feel like if we spent one-tenth of the dollars it’s going to cost to repurpose Hindman, we could turn Hindman into something that is extremely special.”

Richardson echoed McDonald’s sentiment, and he also brought up Parks employees being told their positions were being eliminated before a decision about which two golf courses were being closed.

“There’s questions being presented to John [Eckart] … with respect to people being told they were going to be out a job at the end of June, and we were told that was being done at every golf course, but it seems like that decision had already been made, and two weeks ago, we already knew what we were going to get tonight,” Richardson said. “To me, what we’ve been doing for the past two weeks is perfunctory at best, and at worst, it’s the illusion of inclusion, because it seems like those decisions have already been made, and we’ve been told that they haven’t been made. … There’s been some internal staff changes at Parks and Rec, [and] there’s been some external notification that suggests that these decisions have already been made before they were even brought to us.”

Richardson also brought up whether there will be a guarantee that “no future development” would be permitted on War Memorial’s grounds once the entire area is converted into parkland.

“I doubt we can make that assertion, that commitment, to say we won’t have any future, private sector development,” Richardson said. “That’s prime property. It’s easily accessible. I too, like [Director Wyrick], find this disappointing.”

Scott responded by reminding the board that it voted “nearly unanimous” on the budget amendment two weeks ago, which called for, “from a policy decision process” that two of the four courses be “repurposed, not closed.” He also told directors “there’s a difference between policy and management.”

The mayor also addressed criticism that the city has not examined the cost of repurposing the courses once they’re closed.

“We have looked into long term costs. The long term cost is that … the city of Little Rock could not financially sustain four public golf courses,” Scott said. “That was the policy decision that was made two weeks ago, that we had to move from four to two. Irrespective, if we can’t get to the long-term visioning, we still can’t sustain four golf courses. We just can’t. That’s the reason why the board voted on this two weeks ago.”

Scott added that the community will be involved in the futures of Hindman and War Memorial, both through the creation of a community task force and through opportunities for public comment via a social media poll and a form on the city’s website.