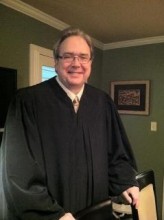 Hart has declined to respond to repeated requests from me and others for an answer to the question of whether she’ll seek re-election in 2020. She’ll turn 76 later this year and election to a term after age 70 requires a judge to forfeit judicial retirement benefits under Arkansas law.

Speculation about Hart has also included talk that Attorney General Leslie Rutledge, a friend of and former clerk to Hart, might have plans to enter the race on Hart’s last-minute announcement that she was retiring. She, too, has refused to take questions on a race. David Sterling, defeated by Rutledge in a race for attorney general in 2014 and a loser in a Supreme Court race against Justice Courtney Hudson last year also has been mentioned as a potential candidate. He, like Rutledge, is a Republican and currently counsel for the Department of Human Services. Judicial races are non-partisan, but in recent years people identified as Republicans have drawn on party connections and GOP talking points to make judicial races.

Welch told me in a telephone conversation that the legislature’s move of judicial and other elections to March forced his hand on forming a committee. “I have great respect for Judge Hart and the job she’s done. She’s been an important independent voice for Arkansas.”

But he said judicial money-raising begins Sept. 5, with filing the first week of November, and an election to follow in only four months. “It’s an awfully small window,” he said. “I want to give her every opportunity to make a decision in a thoughtful way. But I can’t wait to raise money.”

The filing fee is $10,500. Candidates may also qualify by circulation of petitions, but 10,000 signatures of registered voters would have to be gathered in less than 10 weeks. David Willliams, a Little Rock lawyer, is chair of Welch’s exploratory committee.

Welch said he was not ruling out a race if Hart does decide to seek re-election.

UPDATE: The Democrat-Gazette’s John Moritz reached Hart, who said she had not made a decision on re-election and didn’t have a timeline for making a decision. There is, of course, a timeline in law, with the filing period running from Nov. 4-11.

Judge Morgan “Chip” Welch announced today that paperwork had
been submitted to the Arkansas Secretary of State’s Election Division to
form an Exploratory Committee to run for the Arkansas Supreme Court, Position 4.

This office is currently held by Associate Justice Jo Hart who has not
indicated if she will run for re-election. Currently Judge Welch is the 16th
Division Circuit Judge for the 6th Judicial Circuit which consists of Pulaski
and Perry Counties.

“Several people have approached me about a run for the Supreme
Court, and it was felt an Exploratory Committee should be formed to test
the interest in my running for this important position. I think my experience on the Bench, and my 44 years total legal experience give me the credentials to serve. In my law practice I participated in over 125 jury trials. I have appeared before the Arkansas Court of Appeals, the Arkansas Supreme Court, the United States Eighth Circuit Court of Appeals, the U.S.
Army Court of Criminal Appeals, the U.S. Air Force Court of Criminal Appeals and the Court of Appeals for the Armed Forces. I am licensed in
the US Supreme Court.”

Judge Welch has been recognized by his peers on many different
occasions. In addition to being named one of the State’s Best Lawyers by
the Arkansas Times, Mid-South Super Lawyers and Best Lawyers in
America, he has received the Outstanding Trial Lawyer Award, the
Roxanne Wilson Trial Advocacy Award, and the Lifetime Achievement
Award from the Arkansas Trial Lawyers’ Association.

Judge Welch was president of the Arkansas Trial Lawyers  Association in 1990-91 and was a member of the Board of Governors of the American Association for Justice (AAJ) for 16 years. In addition, he was also President of the William Overton Inn of Court and served for six years on the Supreme Court Committee on Model Jury Instructions (Civil).

Judge Welch was appointed by Chief Justice Kemp to chair the Supreme Court Sub-Committee on Complex Litigation in 2017, a position he continues to hold. In 2015, Judge Welch received the “Trial Judge of the Year” award from the Arkansas Trial Lawyers Association. He served 3
years as Parliamentarian of the State Judicial Council.

He is a member of the State Judicial Council and is active in the Bowen Law School’s Law Student Mentoring program. In 2017 Judge Welch was named the Bowen “Professional Mentor of the Year”.

A 1968 Hall High graduate, Judge Welch received his bachelor’s degree from Westminster College in Fulton, Mo. in 1972, and his juris doctorate from the University of Arkansas School of Law in 1975. The Judge attended both the Fayetteville and Little Rock law campuses, graduating at Little Rock.

Judge Welch and his wife, Cheryl, have been married 37 years. They have two children Ashley Hudson and husband, Cliff and Rick Martin and
four grandchildren, Lucy, Sadie, C.J. and Abby. They are members of Pulaski Heights United Methodist Church in Little Rock. He is a former
president of the North Little Rock Jaycees, Little Rock Rotary Club 99, and
has served on the Presbyterian Village Foundation Board. He has volunteered time to the North Little Rock Teen Court and was a sponsor of
the North Little Rock Police Athletic League.

Welch, who turned 69 May 25, was elected to an open circuit judgeship in 2012 (the seat was open because of my wife’s announced retirement, FYI) and re-elected in 2018. He’d still be 69 at the March election, though 70 if the race was pushed into a November runoff. His situation, however, is different from Hart. You have to have eight years on the bench to have a vested retirement benefit. Wlech said he won’t have that in his current seat until January of 2021. The law allows completion of a term after 70 for purposes of vesting retirement benefits, he said.

I’ve renewed requests for comments from Hart and Rutledge.