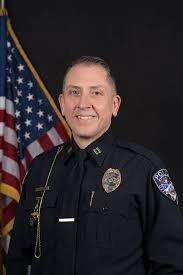 CHIEF DANNY BAKER: Responds to criticism of response to 911 handling of drowning death.

National attention continues on the Aug. 24 drowning of a Fort Smith newspaper delivery woman, her last minutes recorded in a frantic call to a 911 dispatcher whose response to her desperation in a flooded vehicle has become the focus of attention.

The story, with taped excerpts, has appeared on national newscasts and is recounted in this weekend article in the Washington Post. Debra Stevens drowned in a flash flood as rescue efforts failed to reach her in time. The 911 dispatcher, working her last day after earlier submitting two weeks’ notice, was Donna Reneau. From the Post:

“Somebody save me!” Stevens screamed as the water level crept up inside her car, which was stranded in floodwater.

“I don’t know why you’re freaking out,” the dispatcher, Donna Reneau, responded.

Stevens did die, but only after the dispatcher told the Fort Smith, Ark., woman to “shut up,” chastised her for worrying that the phone call would cut off and berated her for driving into water — water the frantic flood victim swore she had not seen.

“Well, this will teach you,” Reneau can be heard saying in audio of the call released this week by Fort Smith police.

Controversy continues in Fort Smith, where Interim Police Chief Danny Baker responded Saturday to criticism about the case. He had said there was no criminal violation and that he wouldn’t ventured to say Reneau had violated policies, though he acknowledged her words weren’t well-chosen. The Times-Record reports today:

Interim Police Chief Danny Baker in a Facebook post on Saturday morning explained why he did not publicly denounce former dispatcher Donna Reneau during a Thursday news conference about Reneau’s Aug. 24 911 call with Stevens in her final moments, saying she “knew she messed up” in what police called a “callous and uncaring”-sounding call before Stevens drowned inside her vehicle. While Baker in his post was frustrated with Reneau’s choice of words and remorseful over Stevens’ death, he described Reneau as a “good, decent human being who has saved countless lives in the last five years” and said “it is so unfortunate that her entire career will be defined by this single incident.”

“But I’m not a politician. I am just a simple man who, through circumstances I believe are God-made, find myself in a position of leadership that I question daily whether I am fully equipped for,” Baker said, adding that everyone at the Police Department knew the gravity of the situation.

“There was a collective ‘Oh my God’ from the department. I knew someone was going to have to advocate for them. I knew it wasn’t going to be easy. The easy thing to do would be for me to cast stones at the dispatcher as well,” he continued. “From what I can tell, that has been my ‘sin’ in this: that I didn’t publicly denounce the dispatcher as an evil person deserving of death.”