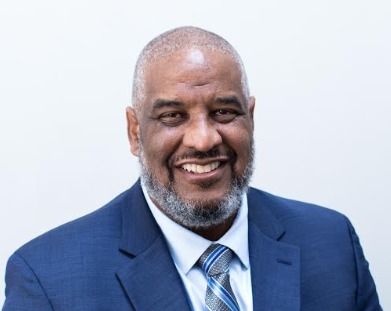 Newly retired, Hanson was valedictorian of Stephens High School in 1972 and, after a stint in the Army, earned a bachelor’s degree from the University of California, Berkeley, and a law degree from Columbia University. He recently retired from Chabot College in  Hayward, Calif., where he was department chair for the administration of justice program. He relocated to Hot Springs in the spring.

He offered this biography.

He tells me he began thinking about a race three years ago during one of several trips home to his native Ouachita County, where his family has lived for 150 years. “I’ve been teaching about law and democracy and I’m passionate about voter mobilization. Arkansas ranked 49th in turnout last year.” He said he planned to move home and work on mobilization from a nonpartisan basis, but part of the key to moving voters can be found in issues and candidates. “Why not me?” he decided.

He said “there’s no expiration date on civic responsibility.” He said it was a passion in his own family. He said he’d discovered through family research that three generations of his family were on the voter rolls in Ouachita County immediately after the Civil War. “Civic engagement is in my blood,” he said.

He acknowledged a race against an incumbent would be uphill. But he said he wasn’t ready to concede Arkansas was a red state just yet, not with a 41 percent voter participation rate. “The paint is still wet. If you turn people out that might change.”

Raymond Redmond of Rison also had indicated an interest in the race, but said on Facebook today he was terminating the candidacy. He is unhappy with the Democratic Party for reportedly telling him he couldn’t run from outside the district. He’s right. There’s no residency requirement for congressional seats beyond living in the state the district represents.