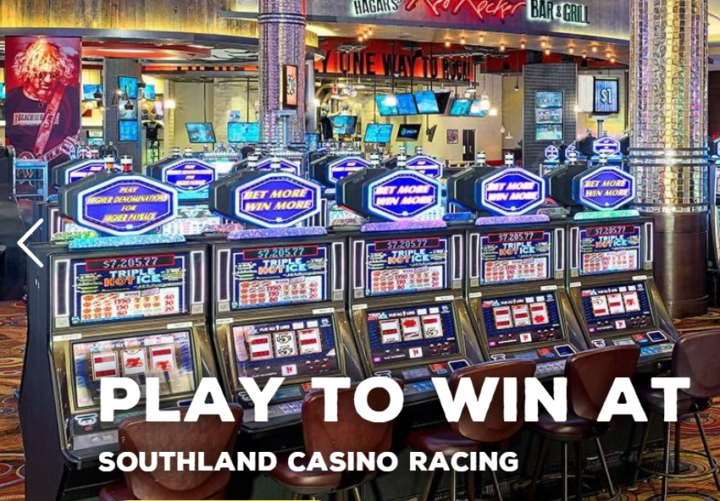 There’s more to consider following news of the windfall tax cut enjoyed by the Southland and Oaklawn Park casinos thanks to Amendment 100, which authorized two additional casinos in the state.

As we noted earlier this week, the Amendment cleared up lingering questions about the legality of gambling at the track casinos (Games of skill? Right.) and firmly authorized expanded, full casino gambling, including table games with real dice and bookmaking on sports.

The amendment slashed the state tax on casino gambling at Oaklawn and Southland, from 20 percent to 13 percent on net gambling receipts up to $150 million annually (total bets less payout of winnings to gamblers.) The results began showing up in August — a 55 percent drop in state tax revenue in August compared with the same month last year, even with expanded gambling options. The share of the tax going to general revenue is capped at $31.2 million a year, where almost $70 million was realized last year, with any additional going to highways.

In theory, Arkansas will eventually recoup the huge tax cut from expanded gambling at existing and two new casinos, but not more than $31.2 million for general revenue. Casino backers say increased economic activity will lift other boats, including general revenue, in time. We shall see.

Meanwhile, here’s a wrinkle worth noting. The amendment continued a 14 percent levy on casino gambling for purse subsidies. At Oaklawn, this should mean substantial investments in bigger purses that will draw better quality horses, higher-profile races and bigger crowds.

At Southland, it’s meaningless because the subsidies are already meaningless, except as a subsidy to the dying dog-racing business.

So: A tax on gambling machines is producing more for greyhound race purses, $33 million, than it is producing for state general revenue, $31.2 million. About 30 racers, state records show, derive most of the benefits from $10 million in a second subsidy, the Purses and Awards fund.

Where am I going with this? A couple of places:

This is not wild dreaming. See this op-ed this week from the president of the West Virginia Senate, where dog racing barely hangs on because it’s required at facilities that are more casino than dog track (as once was the case in Arkansas). Sen. Mitch Carmichael doesn’t want West Virginia to be the last state in the country with legal dog racing, something whose “time has passed.” Florida, one of the last strongholds of the sport, is about to close the door on dog racing (a rare idea on which former Arkansas Gov. Mike Huckabee and I agree). He notes the West Virginia legislature has come close to eliminating purse subsidies and he notes the rate of dog injuries. He writes:

You could easily substitute Arkansas for West Virginia in that sentence. When and if the Florida tracks close, the senator says, there’ll be only six commercial dog tracks left in the country, one in West Memphis.

The end of the practice would admittedly do economic harm to a small number of kennel owners and employees. It wouldn’t hurt Southland. It handled $3.2 BILLION in casino wagering last year, against only $16 MILLION on dog racing. It has embarked on a major expansion, has a built-in metropolitan market across the river and the Jacobs family that controls the track could come up with splendid ways to use acreage now devoted to the dreary spectacle of dogs chasing a mechanical rabbit around an oval, often with resulting harm to the animals.

It’s time for the Arkansas legislature to catch up with West Virginia. It could at least start talking about ways to use that greyhound subsidy money, should it be ended, in ways other than enriching a small number of people in a bloody sport (pushing it over to still more lagniappe for Oaklawn would not be my choice though it would undoubtedly be Oaklawn’s). Medical services for the poor. Education. Recouping the tax cut the casino owners are enjoying at the expense of the general state treasury.

I don’t think it fanciful to say the campaign that is nearing success in ending dog racing in Florida will see Arkansas as a new focus after the end comes. Without Amendment 100, it might have been a losing battle. But the benefit that measure brought to Southland alters the circumstances significantly. Time was, dog racing was the tail that wagged the casino. It’s no longer necessary or required by the amendment.