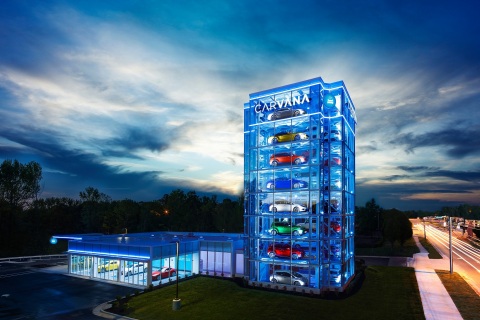 Carvana, which buys and sells used cars on the Internet, will open a facility to recondition and distribute its vehicles in West Memphis.

Gov. Asa Hutchinson is quoted in the news release:

“Carvana is an upstart company that is changing the used car industry through technology and great customer service. That’s just the sort of business model we have sought in our recruiting efforts, and we’re pleased to see these high-paying jobs coming to the Delta.”

The Arizona-based company operates carvana.com, where cars are listed for sale. It says it offers delivery as soon as the next day in 141 markets, including 21 car “vending machines,” which are glorified used car dealerships.

In West Memphis, cars will be inspected, reconditioned, photographed and stored until shipment.

PS: Gov. Asa Hutchinson gave $1 million in taxpayer money  to the used car dealer to buy equipment and they’ll get annual cash payments from the state based on number of jobs created.