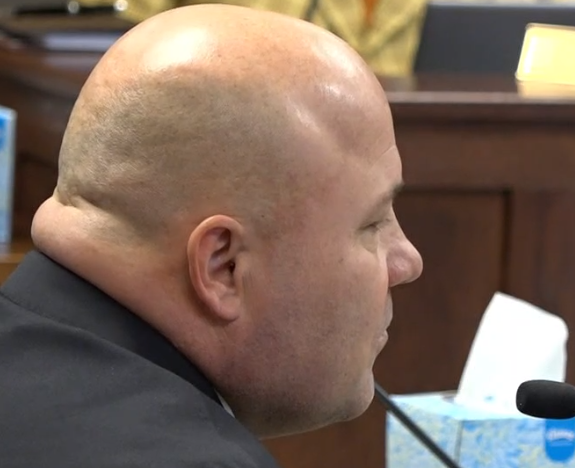 DR. LONNIE PARKER: Screen shot of KTHV coverage of his testimony before Medical Board last week.

He was indicted last week and arrested in Texarkana today on nine counts of prescribing without a legitimate medical purpose. He’s in custody currently, the U.S. attorney’s office said.

The investigation began in 2018 after complaints from local law enforcement about a suspected pill mill and possible overdose death of a patient.  Said a release from Kees’ office:

KTHV reported on similar complaints about Parker last week when the state Medical Board lifted an earlier suspension but instructed him to reduce prescription rates for certain cough syrups and ketamine and fined him $4,500. He contended he’d followed proper protocols in prescriptions. He has said he’sstudied pain management extensively and suggested he was being pursued for his past.

It is the latest in a series of high-profile encounters with the law. He was convicted in 1998 of possession of child pornography, a charge upheld on appeal in the face of his strenuous denials and allegations of prosecutorial misconduct. He was allowed to resume practice in 2006, but emerged in the news again when the Arkansas legislature passed a law preventing anyone with a sexual offense from participating in Medicaid. The law was aimed at Parker, then practicing in Hope.