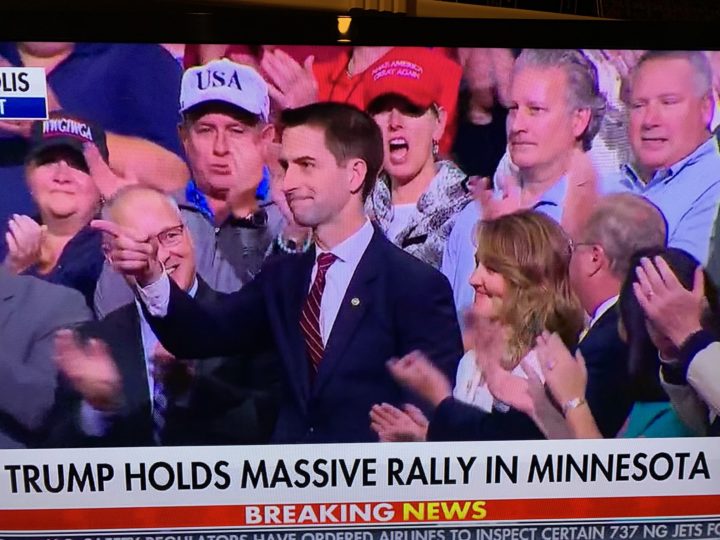 Donald Trump was even more unhinged than usual last night in a rally in Minneapolis (which delighted his followers).

He attacked Somali refugees in a city brimming with them. He ignored the Prince estate and kept playing Prince music. He did an extended dramatic reading of FBI agents having an orgasm. He was as factually deficient (lying, if you will) as ever.

There’s ample coverage elsewhere. But I wanted to share a screen shot grabbed by a reader of the adoring crowd. Lookee who made the trip to Minnesota. Looks like our favorite Sand Lizard, Tom Cotton.

Great friend of mine, with his incredible family, he’s a friend he’s smart, I guess you’d say he’s brilliant. His education is incredible. His military career has been incredible. Then he ran for office and now he’s a United States senator from the great State of Arkansas Senator Tom Cotton, great guy and Minnesota Senate Majority Leader Paul Gazelka.