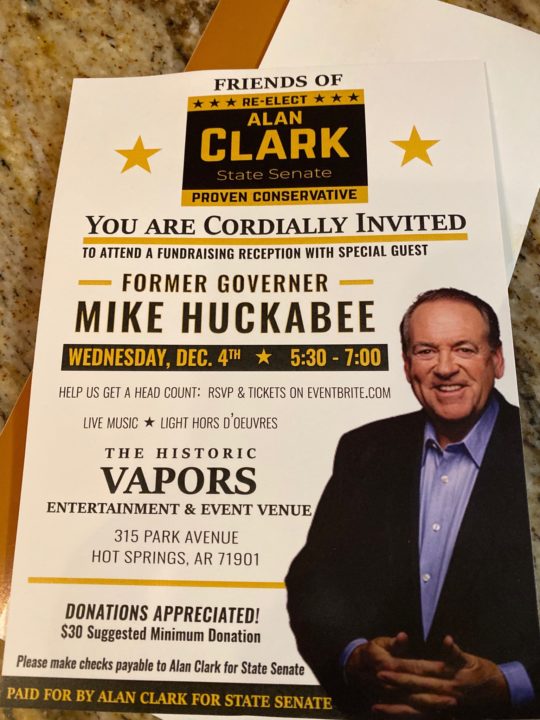 A political operative sends the photo of a flyer announcing The Huckster’s appearance at a campaign fund-raiser for Republican Sen. Alan Clark.

My correspondent notes that Clark, welcoming the former ‘governer,’ is the senator who wanted to take away the so-called school lunch program money from Arkansas public schools. That money doesn’t pay for lunches, but is aimed at providing extra resources for districts with a big percentage of poor kids falling short of educational proficiency. Poverty is measured by the percentage eligible for federal lunch subsidies in a school district, thus the old name for the categorical funding. I think the legislature has moved to find new terminology.

Misteaks happen, I no as well as anyone.