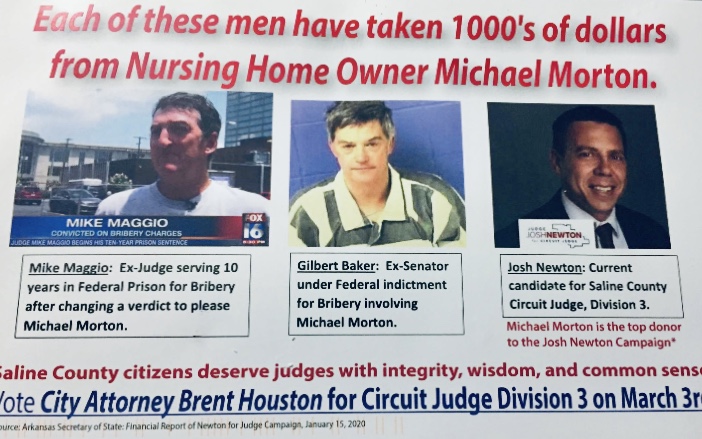 The stench of undue political influence in judicial races in Arkansas never seems to wane.

Former judge Mike Maggio is serving a federal sentence for pleading guilty to taking money Baker provided to induce him to reduce a jury verdict against a Morton-owned nursing home by $4.2 million. Morton has not been charged and insists he merely provided contributions to good judicial candidates.

We should not elect judges, by party or otherwise. But voters, particularly those with deep pockets, like the current format just fine.