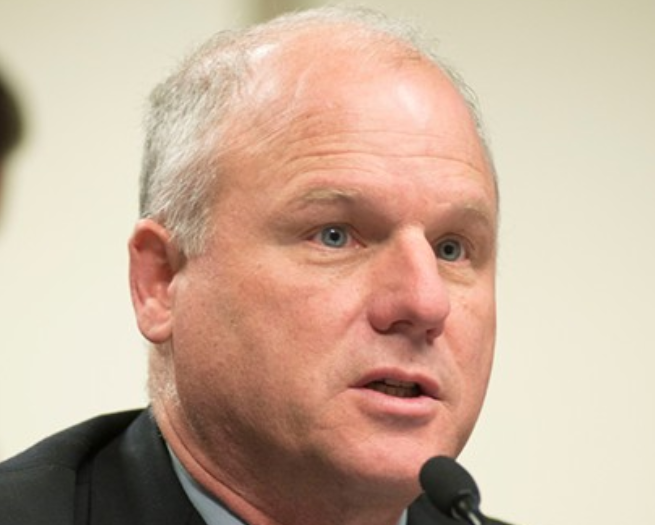 Federal Judge Timothy Brooks of Fayetteville has ruled that Sen. Jim Hendren’s plastics firm and a drug rehabilitation program must pay $1.1 million in damages for using unpaid labor from the rehab program.

Reveal.news has the story on the decision. The class-action lawsuit could have nationwide implications against others who’ve taken advantage of unpaid labor from people sentenced in drug courts to rehabilitation programs.

Participants enrolled at the DARP Foundation in Decatur, Arkansas,for help recovering from their addictions. But instead of receiving treatment, they were required to work full time without pay at Hendren Plastics, a factory owned by Jim Hendren, the Arkansas Senate president pro tempore. They worked on an assembly line, melting down plastic to make boat slips and dock floats sold at The Home Depot and Walmart.

In his ruling issued Monday, District Judge Timothy Brooks ordered both Hendren Plastics and Drug and Alcohol Recovery Program, known as DARP, to pay back wages and damages to 172 rehab workers. According to a court order, Brooks said that Hendren and DARP used the program for financial gain and that both companies are required to follow the Arkansas Minimum Wage Act and pay participants at least minimum wage for their work.

“They were businesses that manipulated the labor market and skirted compliance with the labor laws for their own private ends,” Brooks wrote of DARP and Hendren Plastics, adding that people struggling with drug addiction are still entitled to wages. “Businesses that profit from the labor of non-incarcerated drug addicts must still comply with the (Arkansas Minimum Wage Act’s) strict requirements.”

The program could not be reached for comment Monday. Hendren did not respond to trequests for comment.

This is a continuation of the verdict in favor of plaintiffs earlier in the case.

Hendren had said earlier that he’d appeal Judge Brooks’ findings. He said the drug rehab program, which put people to work at businesses like his and others, would help in their rehabilitation. He said his company had paid the equivalent of more than the minimum wage for the workers to the agency that provided them housing and meals. He said he believed the justice system had been abused by the suit.

Similar actions are pending against others, including a major poultry company in Northwest Arkansas.

From the report today:

Former residents filed the lawsuit in 2017, following a Reveal investigation that found that DARP and other work-based rehabs often exploit participants and likely violate labor laws by not paying at least minimum wage for their work. At DARP, many participants were court-ordered in lieu of incarceration and had not yet been convicted of crimes.

“There is no question,” said attorney Tim Steadman, who argued the suit on behalf of the plaintiffs. “This is a common-sense conclusion that people who are not in prison, they’re protected by wage and hour statutes.”

DARP essentially functioned as a temp staffing agency, with Hendren paying the program a flat rate for the workers at a cost far lower than he would pay for regular employees and other temp workers. “Its residents directly competed with private citizens in the Arkansas labor market for employment at Hendren,” Brooks wrote.

Hendren, meanwhile, found a “captive workforce” in the DARP workers, Brooks wrote. The Republican senator frequently touts his role as a business owner and job creator. “I’ve been creating jobs for over 20 years,” Hendren previously said on his campaign website. “A country can not survive if it can not feed itself, and make things.”

But Brooks said Hendren’s use of DARP workers “displaced private-sector workers Hendren would have ordinarily paid a higher rate of pay.” Hendren did not have to pay Social Security taxes, Medicare taxes, federal and state unemployment insurance, and workers’ compensation insurance.

Former participants told Reveal that they were housed in cramped metal buildings plagued by bedbugs, required to attend church services and served expired food. In addition to working at Hendren Plastics, participants previously worked at R&R Engineering Co. Inc., Simmons Foods and Western Alliance Inc. They worked long hours at Hendren’s company and incurred frequent injuries, including burns from molten plastic. Those who got hurt and couldn’t work were often kicked out of the program and sent to prison, former participants said. Others said they worked through the pain without adequate medical care.

Hendren, nephew of Gov. Asa Hutchinson and currently the leader of the Senate, is widely considered to be a candidate for governor in 2022. Working people for free probably isn’t viewed as a detriment to Republican primary voters.

UPDATE: Hendren posted a thread of comments today on Twitter about the case that mirror those I reported in the earlier story linked above. Follow the thread to read his full comments. A commenter has also posted in in full in the comments thread.

In order to answer the many questions about the lawsuit and ruling against my company, Hendren Plastics Inc, other companies and a drug rehabilitation program, DARP, let me give you the facts.