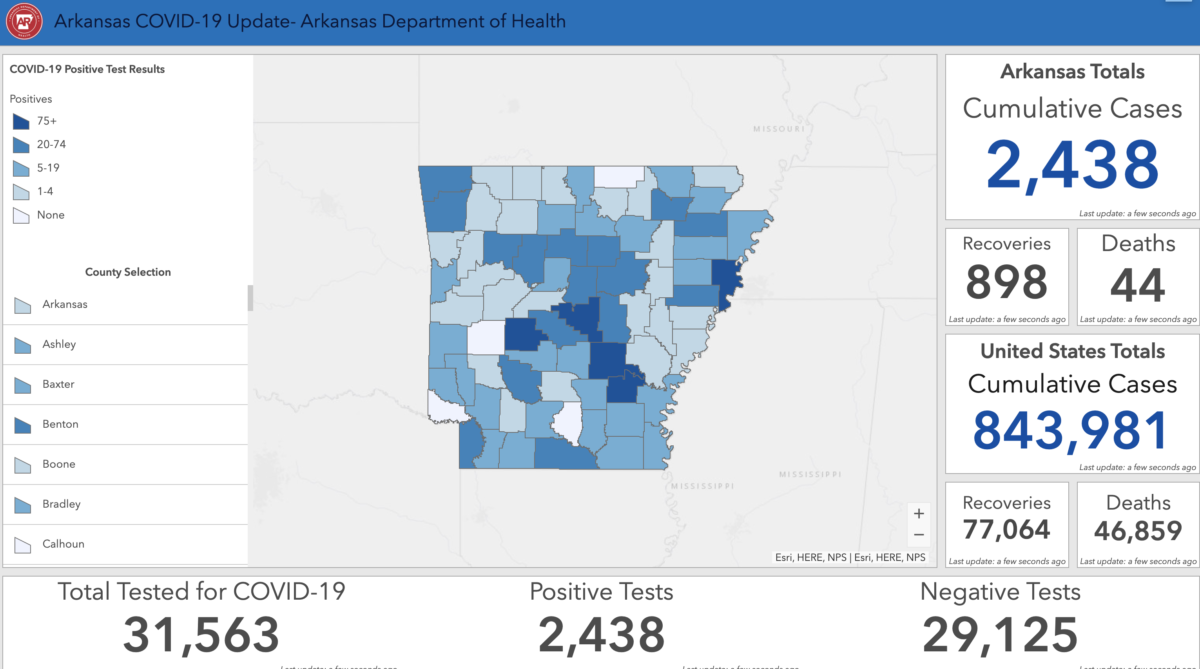 I’m only guessing, but the suggestion at yesterday’s briefing by Gov. Asa Hutchinson that the coronavirus case count included most of the positive tests at Cummins prison seems to have been off the mark.

At the 1:30 p.m. briefing Wednesday, 2,276 cases were recorded. That number has jumped 162 this morning to 2,438 and deaths are up to 44. Either several prison cases came in overnight or who knows what?

The governor doesn’t count prisoners as real people for purposes of meeting the goal of returning Arkansas to work. I do wonder whether that means he doesn’t intend to release prisoners who’ve completed sentences (a non-Trump federal judge might look askance at that) or whether the prison staff members (at least 15 are infected) aren’t being allowed to leave prison grounds.

I’m also troubled by the lack of testing to date at other prisons. In the early going, it was presumed Cummins was in the clear because of no-visitor and other policies (and a lack of testing). With comprehensive testing and the number of cases at Cummins near 700 and climbing, it seems a question in need of scientific answers. Remember that most inmates at Cummins are said to be asymptomatic.

And speaking about the governor’s coming review of reopening restaurants in some fashion by May 4, here’s food for thought.

This Twitter post from Amsterdam is a funny take on the notion of maintaining social distancing in restaurants.