Stop the presses. In a 6-3 decision today, the U.S. Supreme Court declared a signal victory for gay and transgender people. From the Washington Post:

The Supreme Court ruled Monday that federal anti-discrimination laws protect gay and transgender employees, a major gay rights ruling written by one of the court’s most conservative justices.

Justice Neil M. Gorsuch and Chief Justice John G. Roberts Jr. joined the court’s liberals in the 6 to 3 ruling. They said Title VII of the Civil Rights Act of 1964, which prohibits discrimination “because of sex,” includes LGBTQ employees.

“Today, we must decide whether an employer can fire someone simply for being homosexual or transgender. The answer is clear,” Gorsuch wrote. “An employer who fires an individual for being homosexual or transgender fires that person for traits or actions it would not have questioned in members of a different sex. Sex plays a necessary and undisguisable role in the decision, exactly what Title VII forbids.”

Brew-swilling Brett Kavanaugh, who enjoys a spot on the court thanks to his mentor Anthony Kennedy, the father of gay marriage, dissented along with Clarence Thomas and Samuel Alito. They said, with Thomas and Alito on one dissent and Kavanaugh writing separately, the court had gone to legislating.

From the Human Rights Campaign. 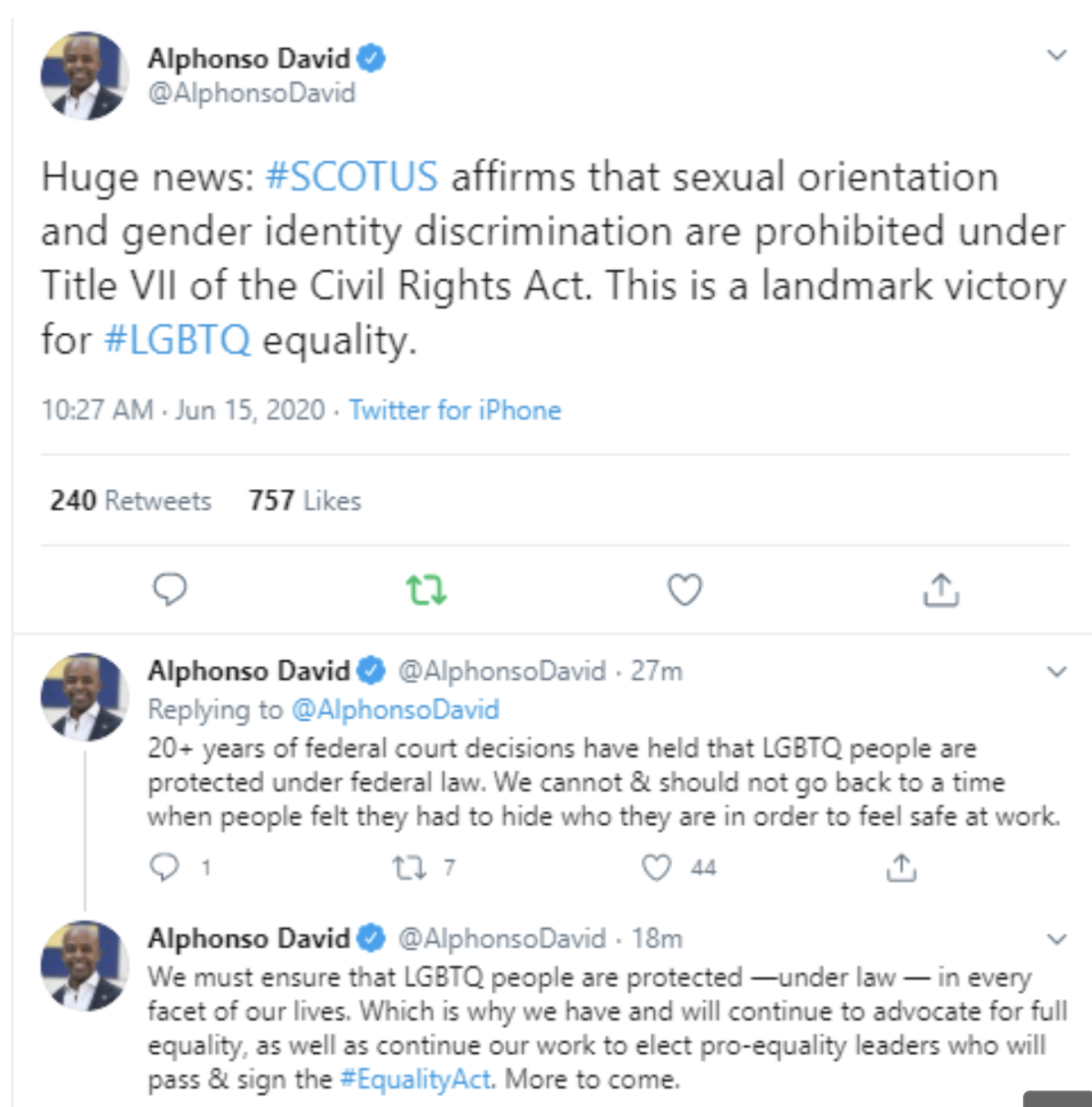