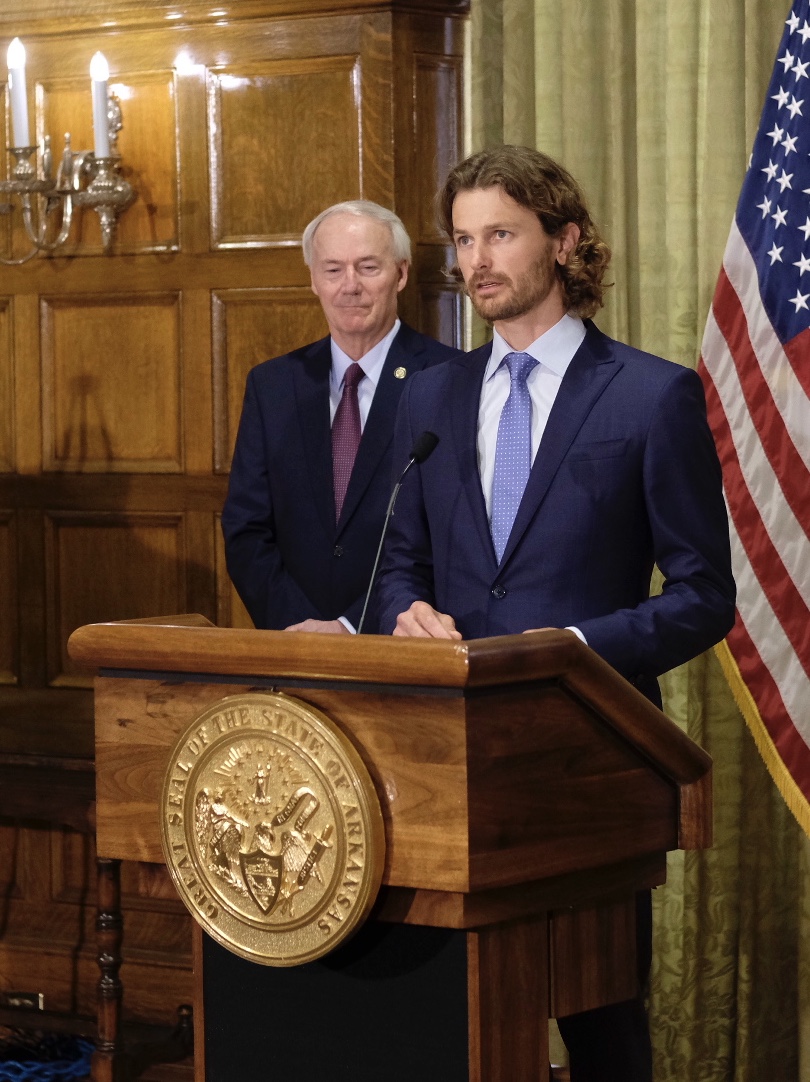 I asked Gov. Asa Hutchinson to respond to legal critics who say his executive orders to protect businesses from coronavirus lawsuits are both unconstitutional and beyond his statutory authority.

He responded as to the statutory question, but not specifically to the constitutional one. A statement provided by his spokesman Katie Beck:

“The Arkansas Emergency Services Act gives the Governor the responsibility of meeting and mitigating, to the maximum extent possible, dangers to the people and property of the state presented or threatened by disaster.  The Act defines “disaster” as, any tornado, storm, flood, high water, earthquake, drought, radiological incident, air or surface-borne toxic or other hazardous material contamination, or other catastrophe, whether caused by natural forces, enemy attack, or any other means.   The global pandemic is a catastrophe, affecting citizens of Arkansas and our state’s economy.

“Threat of litigation over COVID-19 was the number one fear and barrier expressed by businesses to the COVID-19 Economic Recovery Task Force in relation to businesses continuing to operate during this time.  It is critical to our state that Arkansans maintain their jobs and that our economy is operational during this time.  It is also critical that our workers have an avenue for recovery through workers’ compensation laws.  It is essential that healthcare providers have the ability to respond to this emergency using the full scope of their licensure.

“I do not view this as a separation of powers issue, because the powers of the Emergency Act were granted to the Governor by the Legislature.  Under the Act, the Governor may issue executive orders, proclamations, and rules and amend or rescind them.  The Act gives these executive orders the force and effect of law.  Additionally, I only issued these orders after receiving broad legislative support to do so.

“I believe these orders will withstand scrutiny.  These orders create temporary immunity only for those businesses and individuals operating in accordance with public health directives and guidelines during the course of this emergency. The courts have held that drastic measures may be appropriate during a public health emergency if the measures are reasonably tailored to mitigating the effects of the emergency.”

I’m sure good lawyers can poke holes in this more effectively than I.

But consider: It is mitigating the effect of an emergency to give businesses protection from lawsuits that don’t yet exist? At the same time, he is creating an obstacle to help for sick people. Is that mitigating an emergency? Or making it worse?

Fear of something justifies an emergency order? An order suspending the Constitution’s protection of lawsuits for damages and overriding the Supreme Court’s repeated message that court rules and practice are its province, not that of the legislature or, presumably, the combined executive-legislative junta now ruling Arkansas.

Also: The governor won’t mandate the proven health practice of wearing masks. But he’ll leap to protect the big business lobby from fear of frivolous lawsuits, which by their very definition are unwinnable.

You might, based on the record, believe the governor cares more about Randy Zook and the Arkansas State Chamber of Commerce and the guidance of a lucky Walton heir to a billion-dollar retail fortune, Steuart Walton, than he does the at-risk population of Arkansas and the people who toil in dangerous congregant settings.

PS: That “avenue of recovery” the governor cites under workers compensation? The governor himself has admitted this is effectively a meaningless bit of window dressing. Prove your COVID-19 was caused at work by willful, reckless actions of an employer? Good luck in Asansas.

UPDATE: John Burnett sent me a comment on the response.

Well I thought the Gov would not respond in writing, as that would entail having to deal with the words of the statute. . . .but he did not address any such language, and this is pitiful. . .evidently he thinks the overall statute somehow gives him the power to make any law he thinks will help deal with any aspect of an emergency/disaster (after all, he consulted with his Republican pals in the legislature, so that certainly counts as covering the ‘ol separation of powers thing. . . .)

His response, of course, is not a viable legal argument to support his authority to issue the two executive orders. . . . and, really, just think about what he’s saying here–it’s a breathtaking upending of the very notion that the legislature makes, or amends, the laws, and is a mind-bending, illegal power grab by the executive; who does he think he is? What are we becoming, an autocracy?