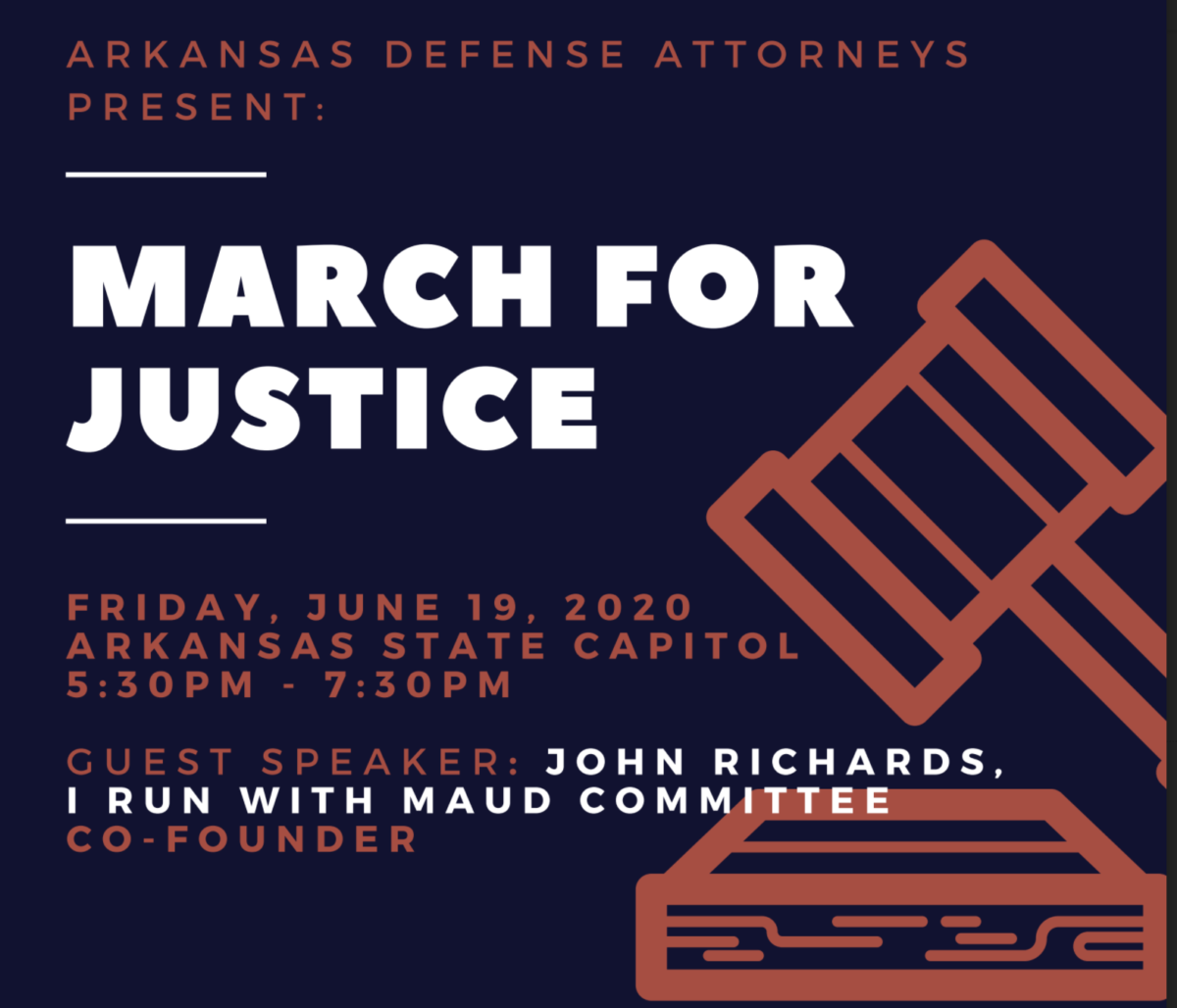 Juneteenth, a day marking the belated delivery of news of the end of slavery, will be observed in many ways today, including a March for Justice at the Arkansas Capitol by lawyers who represent indigent defendants in court.

State and federal public defenders will rally and march on June 19, 2020 from 5:30 to 7:30 p.m. in a “March for Justice” to echo the nationwide call that Black Lives Matter.

The event will begin and end on the steps of the Arkansas State Capitol building.

The killing of George Floyd by police galvanized Black Lives Matter protests around the country. But as Federal Public Defender Lisa Peters points out, “It’s not just George Floyd. His killing is not even the latest example of fatal police violence against Black people. On Friday, Rayshard Brooks was shot in the back by Atlanta police. Before Floyd and Brooks, it was Breonna Taylor, Philando Castile, Tamir Rice,
Michael Brown, and too, too many others.” The march will demand action and highlight the role of racism in the criminal justice system. Earlier this month, federal public defenders from across the country released a joint statement regarding Floyd’s killing. The attorneys pointed to the racism they see in the criminal justice system:

“Daily, we see charges that are too harsh, sentences that are too long, and a system that turns a blind eye to oppressive structural racism because it seems to fear ‘too much justice.’” The group emphasized their role in seeking equal justice: “As federal defenders, we stand with many like George Floyd who have been held down and denied their humanity. It is our job, our calling. It is our privilege. For George Floyd and all of our clients, we renew our longstanding commitment to fight daily for equal justice.”

Brenda Stallings, a Pulaski County Public Defender, identified one way to address the injustice in the court system. She explained: “African-Americans make up 5% of the legal profession – the African- American community needs more judges, lawyers, prosecutors and jurors that understand the struggle of black lives in this country. African-Americans need law schools to remove the barriers that have long
ensured that African-Americans remain minorities not only in life but also in the profession.”

The guest speaker at the rally, John Richards, is an attorney residing in Little Rock with close ties to Brunswick, Georgia, and the family of Ahmaud Arbery. Arbery was killed while jogging near Brunswick by two white men. Despite the killing being caught on video, months went by without the perpetrators being arrested or charged. Public defenders see the slow response as indicative of racism in the justice system.

The public is invited and encouraged to bring a protest sign. Masks are encouraged.