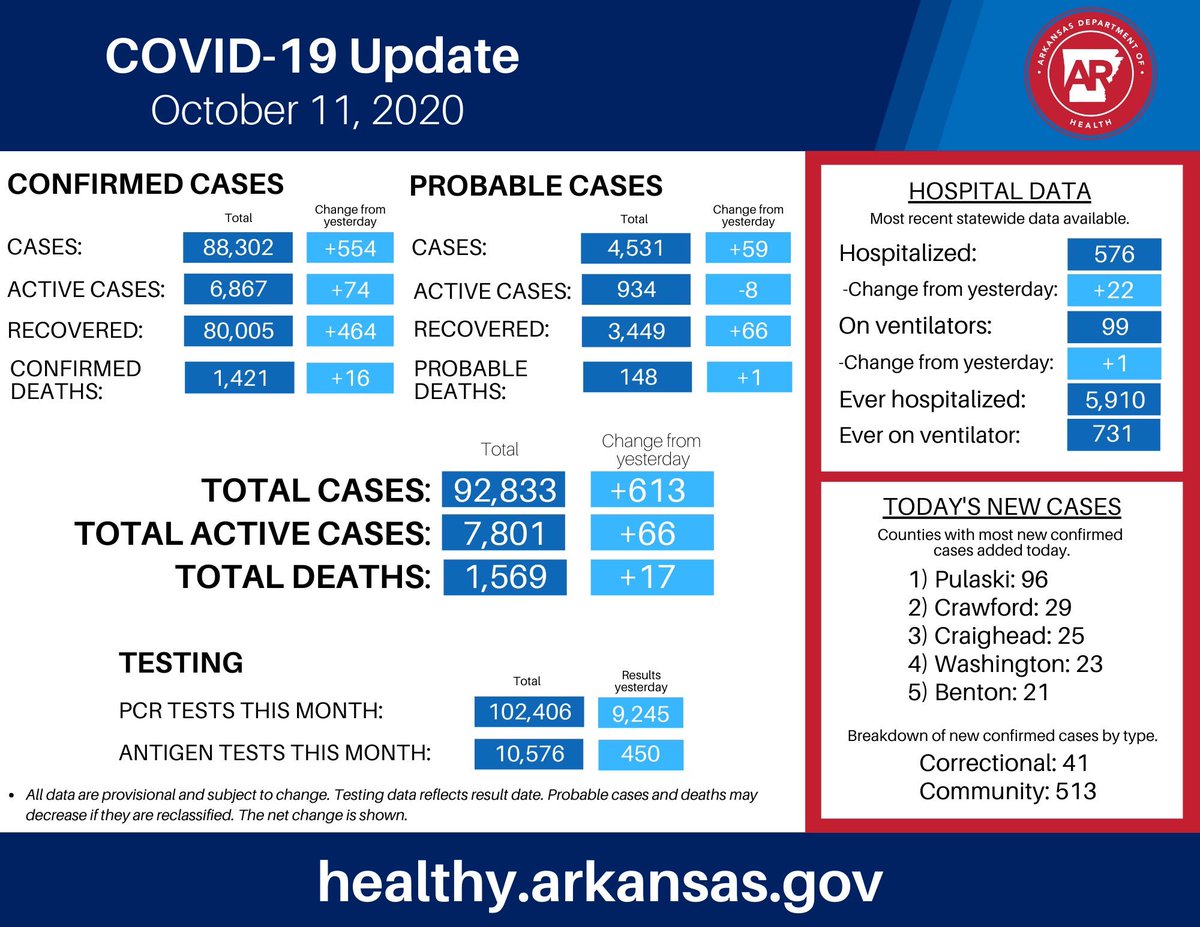 The Sunday count is typically lower than during the week and today is no exception, but the number is high for a Sunday. And the 100-per-week-plus death rate continues. A big bounce up in hospitalizations, too, along with 66 more active cases.

Governor Hutchinson’s spin today had little to work with except test numbers. (Our 6 percent positivity rate commpares with 1 percent in New York, FYI.)

There are 613 new COVID-19 cases in Arkansas. We continue to test at a very high level, already surpassing 100,000 PCR tests this month. New cases lead to new hospitalizations, so please continue to follow the Department of Health guidelines

Arkansas Gov. Asa Hutchinson on President Trump resuming campaign rallies: “Certainly, we want to have an engagement in the presidential campaign this year… But yes, there should not be mass gathering without social distancing” #CNNSOTU pic.twitter.com/sUW4NxoJs4

Would he want family members to attend a rally such as Donald Trump held at the White House and plans tomorrow in Florida?  Hutchinson began by alibiing for Trump, saying they “offer masks, do screening.” But, he agreed, there should not be any mass gathering without social distancing. Fine, but, as Jake Tapper noted, Trump essentially encourages people not to wear masks. He clearly doesn’t encourage social distancing.

The “targeted” approach taken by Hutchinson, saying one thing but presiding over a state that understands there’s no penalty for observing guidelines and which is inclined toward Trump anyway, has had results. See the daily numbers.

The line is open.

PS: And then there’s out attorney general, continuing her maskless tour of COVID petri dishes.

Hitting the road with @WomenForTrump with my good friend Gov. @KristiNoem! Fantastic to see so many patriotic Americans who are excited about #FourMoreYears of @RealDonaldTrump pic.twitter.com/KjbVRNOalu