If Sen. Tom Cotton can gallivant around the country spending his $6 million in special interest campaign cash in support of similarly extremist Republican candidates, why can’t U.S. Rep. Justin Amash of Michigan, a convert to the Libertarian Party this year, show some love in Arkansas for Ricky Harrington, the Libertarian and only opponent to Cotton Nov. 3.

Speaking of Tom Cotton, here’s a summary from Open Secrets of whom he’s beholden to. Top patrons: 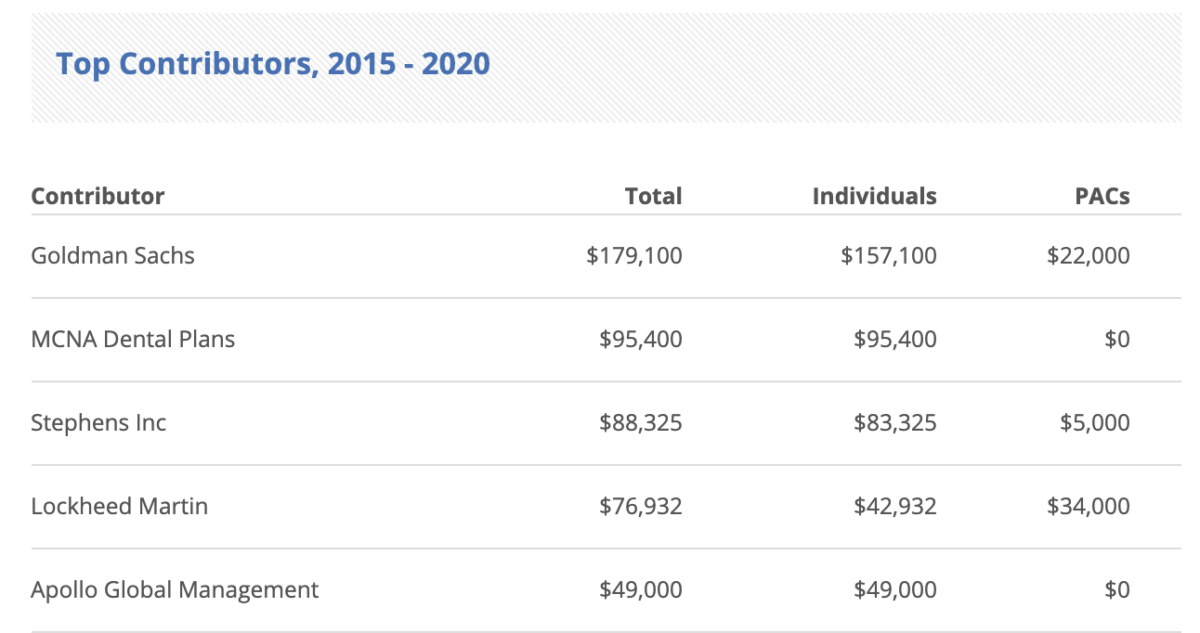 At last count, Harrington had raised from all sources less than Apollo Global Management alone has given Cotton. I’m betting Harrington gets a lot more bang from his bucks come Nov. 3.

More on his candidacy: