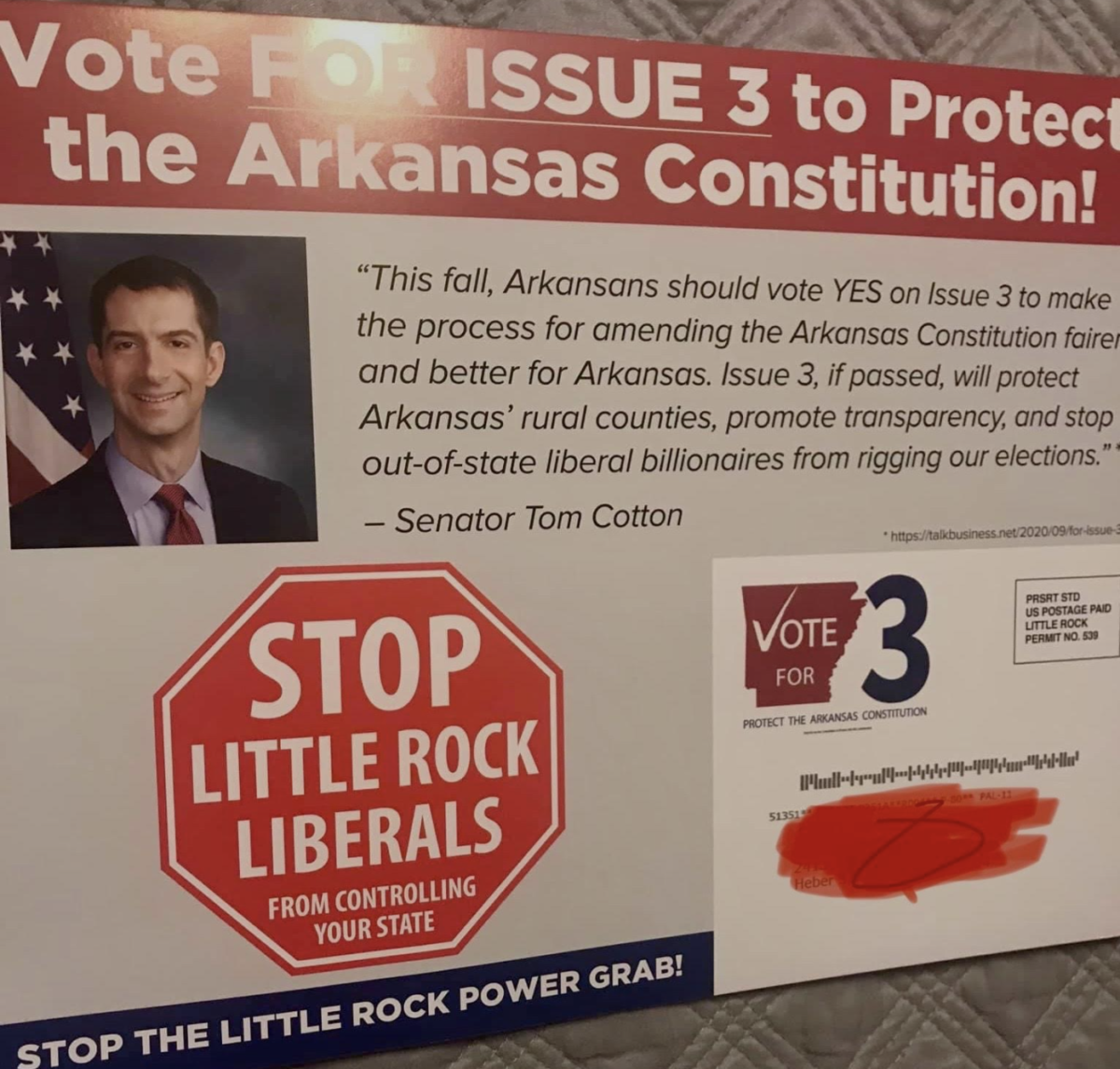 A question from a foot soldier in the popular petition drive that led to an increase in the state minimum wage after seeing the latest filing by the committee that wants to pass Issue 3, the legislatively referred constitutional amendment to make such petition drives all but impossible:

Farm Bureau contributes nearly $150,000.00.  How is trying to stop people from being about to exercise their constitutional right to petition advocating for agriculture?  You expected the $10,000 for the Chamber of Corporations – they don’t like people getting a fair wage for work.

The latest report shows the Arkansas Farm Bureau Federation added $136,000 to an earlier contribution, for a total so far of $149,320. The Arkansas State Chamber of Commerce chipped in $10,000.

U.S. Sen. Tom Cotton has been used on mailers sent under the name of The Committee to Protect the Arkansas Constitution to oppose the amendment. It’s a dishonest mailer. It talks about “Little Rock liberals” and “power grab.” The people are trying to protect the petition power granted in the Arkansas Constitution. The Republican-dominated legislature, with money from special interests, is trying to grab it away from the people of all political persuasions. It took far more than liberals to pass the minimum wage amendment by an overwhelming margin and medical marijuana, too. Surprise. Tom Cotton is a liar.

Attn. Ethics Commission: Expenditures by this committee so far show no expenditures for mailings such as the one featuring Tom Cotton.