She was elected at a state committee meeting in Benton. An article this morning in the D-G said the other candidate was Rev. Iver Jackson, president of the party’s African American Coalition.

Webb served 12 years and wasn’t eligible for another term. He is running for co-chair of the Republican National Committee.

Fulmer is a member of the Republican National Committee and has worked in political campaigns and political work since at least 1996 when she worked for Asa Hutchinson’s campaign for Congress.

Hard to argue with Webb’s results: The Republican tsunami that he rode in Arkansas over the last 12 years.

I’ll leave it to Kristi Stahr, a diehard Republican and member of the Pulaski County Election Commission, to summarize (here she’s correcting another media for once rather than me): 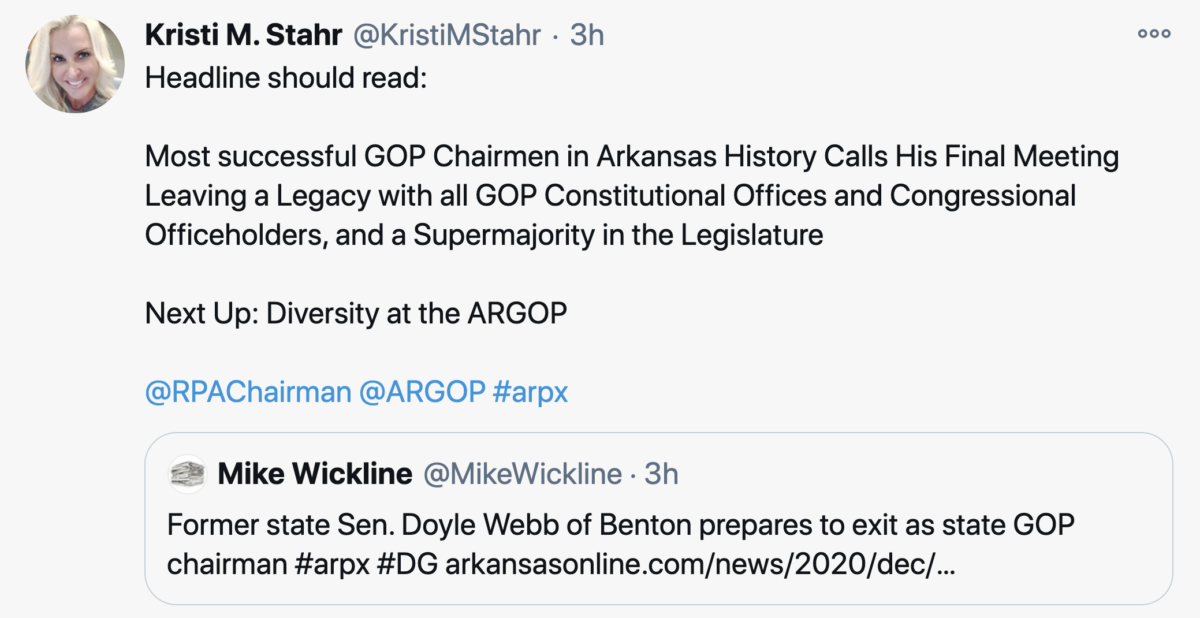