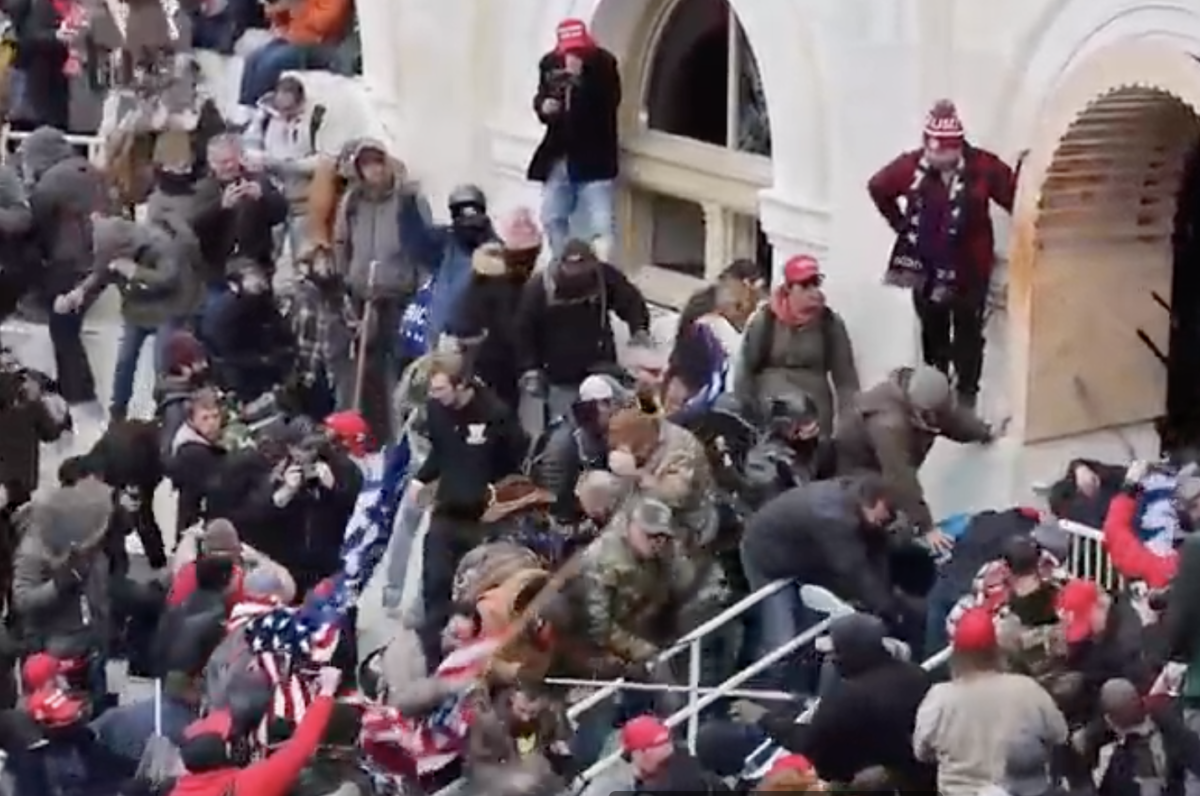 The Wall Street Journal reports that an Arkansas man, Peter Francis Stager, has been charged in federal court in Washington with obstructing a law officer in the Capitol riot Jan. 6.

He’s alleged to have beaten a Washington police officer guarding a Capitol entrance with an American flag attached to a pole.

A man identified in court documents as Peter Stager allegedly partook in the riot and assaulted the officer from the Washington, D.C., police department. The officer was guarding an entrance of the U.S. Capitol after 4 p.m., when members of the mob grabbed him, dragged him down a set of stairs, forced him into a prone position and proceeded to forcibly and repeatedly strike him, according to the affidavit of FBI special agent Jason Coe. The document identified the Washington police officer only as B.M., saying it was anonymizing victims and witnesses.

A confidential informant notified the FBI on Tuesday that they recognized Mr. Stager from videos posted online in social media , and from another video in which Mr. Stager allegedly said: “Everybody in there is a treasonous traitor. Death is the only remedy for what’s in that building.”

The Washington Post showed the video earlier this week. 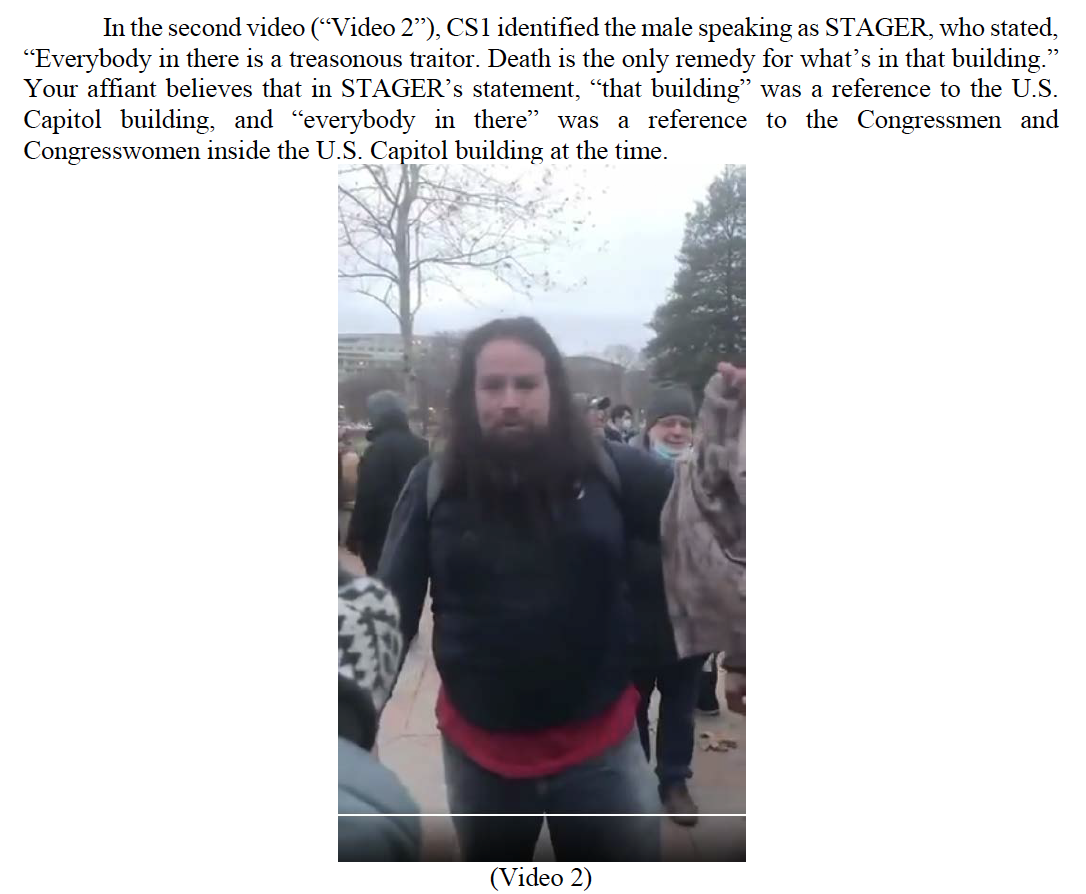 Here’s the full complaint. It includes the photo identified as Stager and photos from the video of the attack. An informant told authorities Stager had said he thought he was striking an Antifa member, but the complaint says the officer’s police markings were clearly visible, including Metropolitan Police across the back of his jacket.

Also, the complaint includes this from Confidential Source 2 about the defendant’s incendiary remark:

Referencing video 2, STAGER told CS2 that he [STAGER] was “wired up” from being either pepper-sprayed or tear-gassed and that was why he made the comments he did on camera. Your affiant believes that STAGER could have been tear-gassed by law enforcement officers while attempting to breach the U.S. Capitol building. 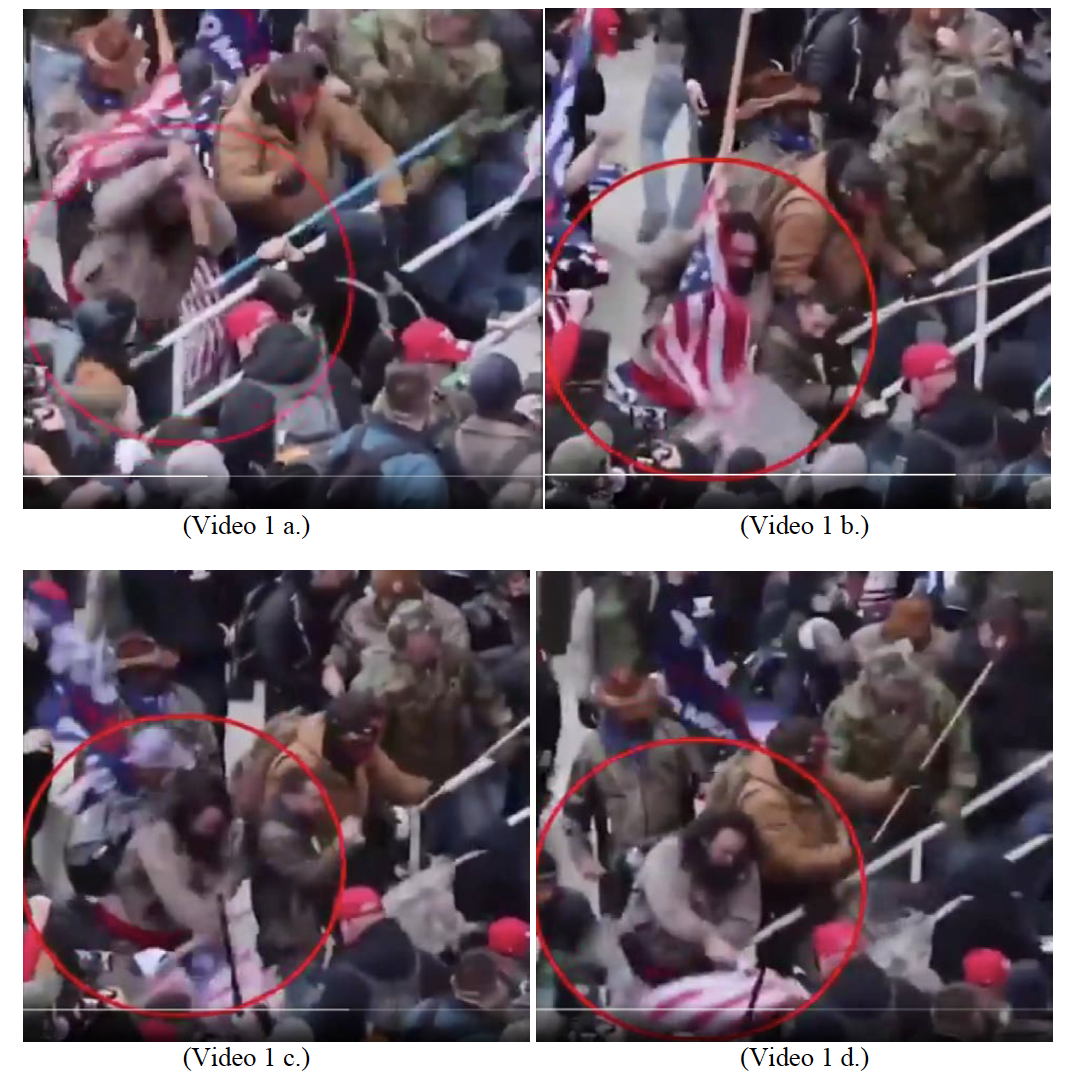 Note my earlier post in which a Metro police officer referred to officers beaten with Trump and American flags mounted on poles. Note, too, that this assault occurred outside the Capitol building.

Might the Arkansas state troopers who were on hand have any supporting evidence, by chance?