This will please some people.

Circuit Judge Wendell Griffen has announced he won’t seek re-election at the end of his term in 2022. 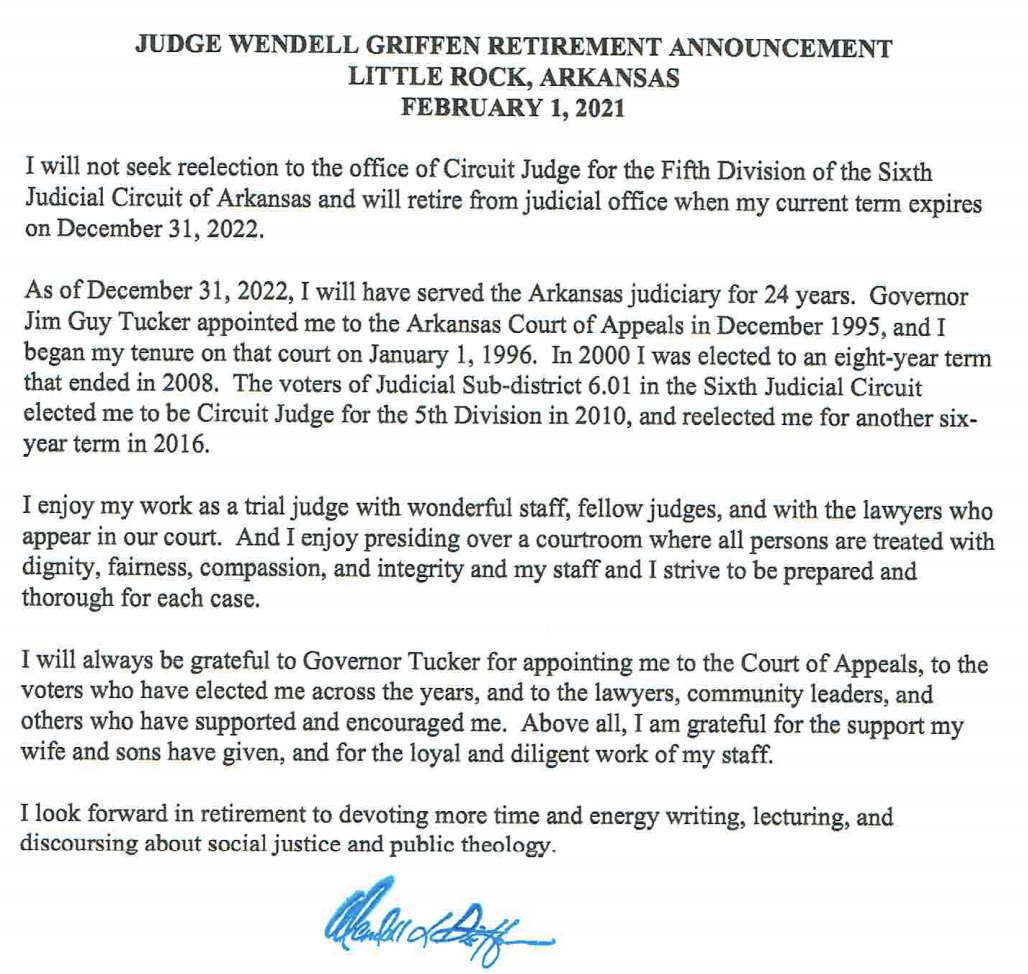 He’s been a lightning rod for his vigorous use of the First Amendment, including participating in a demonstration along with church members opposing capital punishment. For this, he was removed from all death penalty cases. His remonstrance of poor lawyering by the attorney general’s office led to Attorney General Leslie Rutledge’s unsuccessful effort to have him removed from all cases involving her office.

And that’s just a few of his headline episodes. He’s regularly excoriated by right-wing legislators, some of whom wanted to impeach him for his ruling in the property law case that prevented the state from using execution drugs it had obtained illicitly.

He’s a prolific writer and Baptist preacher and, as the statement indicates, plans to continue.

A good example was this morning. He passed along his YouTube statement in opposition to pending “stand your ground” legislation.

I’ve said before and I’ll say likely not for the last time: The judge is right legally about his right to free speech. The Arkansas Supreme Court is never wrong as state law goes, but I think it erred in removing Griffen without a hearing from all death cases for all time for his decision in a property law case decided the same way by another judge. But I have also said just because a judge MAY speak robustly, it doesn’t mean he or she always SHOULD. But I also believe much of the animus toward Griffen  arises from race.

Example: It is the law in court precedent that opponents of the death penalty may sit on juries or as judges in death penalty cases, but this is viewed as an irreconcilable conflict by Griffen critics. Has a single person (save me) even raised a question about the appearance of conflict in a new Arkansas Supreme Court justice’s refusal to disqualify from cases involving the law firm that just hired her husband at $150,000 a year? (I refer to Justice Barbara Webb, wife of former Republican Party chair Doyle Webb, now employed by Attorney General Leslie Rutledge.)  At least two other justices have recused from cases involving relatives’ employers.

Griffen served on the Court of Appeals, beginning with a 1995 appointment. He lost a re-election bid in 2008. He won election to a circuit court seat in 2010, giving him 24 years on the bench. He turns 70 in September 2022, which means he couldn’t run again without forfeiting judicial retirement benefits. POSSIBLE CORRECTION: D-G indicates that because the election for this office, if there was no runoff, would be in May 2022, in advance of his 70th birthday in September, he could run for another term without forfeiting retirement.

Since the election for a new term is in May, He was elected in subdistrict 6.1. Though his jurisdiction is the entire Sixth Circuit (Pulaski and Perry counties) he serves a subdistrict created as part of the settlement of a racial discrimination lawsuit to help elect Black judges. The subdistrict judges are elected from the green area on the map. His announcement gives potential candidates more than a year to prepare for a race for the seat. 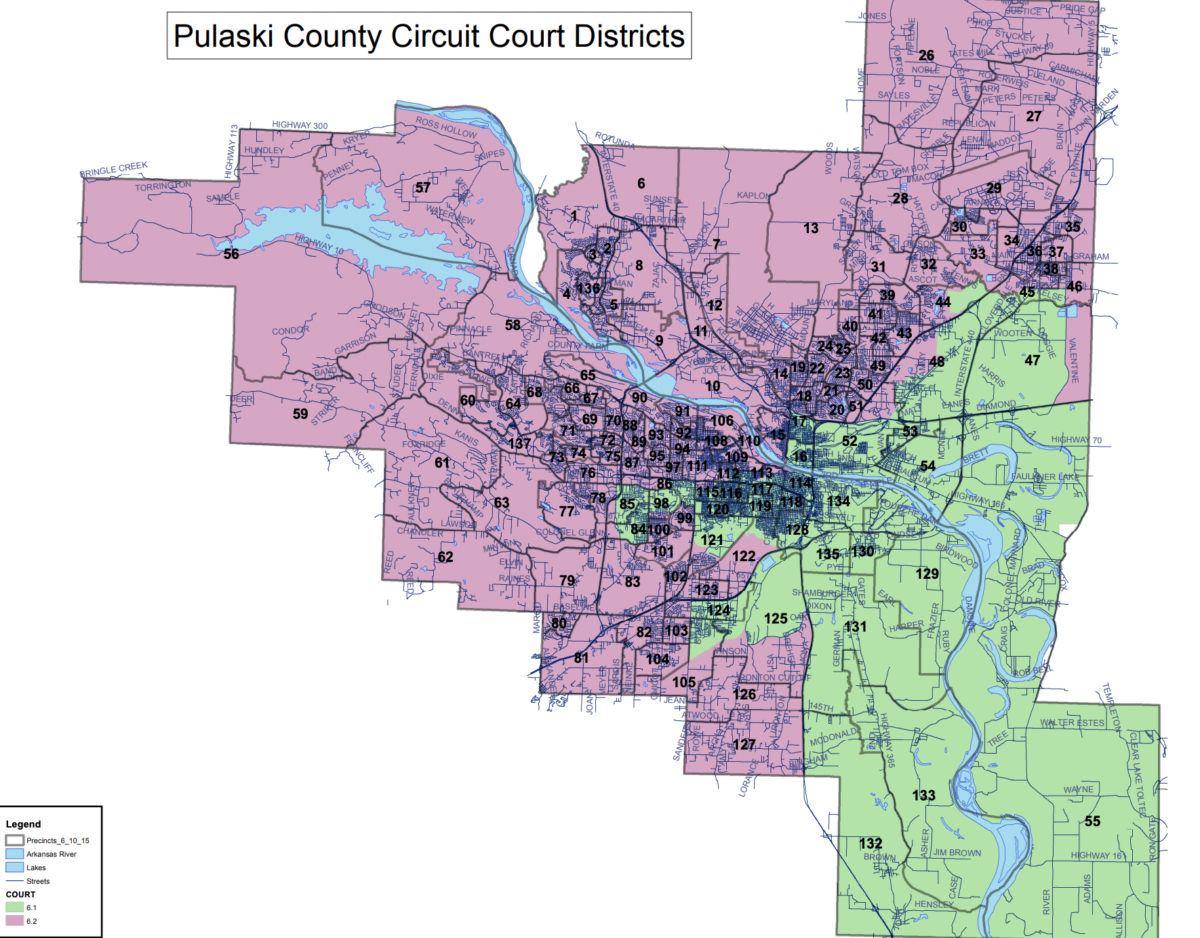