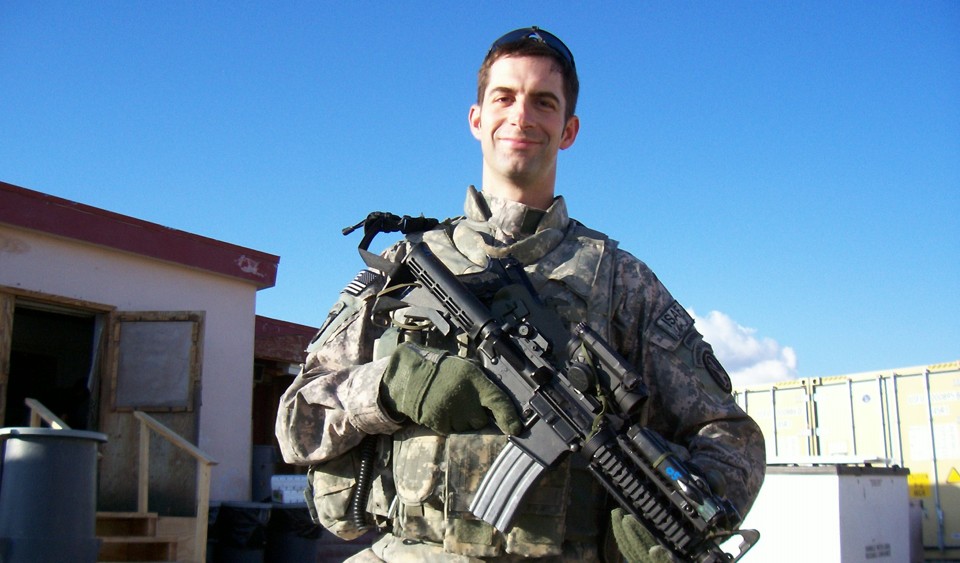 WHO NEEDS A GUN? A knife was all Tom Cotton needed, CNN says in correcting earlier report.

Sen. Tom Cotton’s staff yesterday disputed a widely circulating CNN report that he’d asked for a gun be brought to him for defense when rioters took over the Capitol on Jan. 6 and senators were rushed into a safe room.

On the afternoon of Jan. 6, Arkansas Republican Sen. Tom Cotton believed the situation at the Capitol was so dangerous that he asked one of his staffers to bring his gun to the undisclosed location where senators were being hidden from rioters, and that he was prepared to use it.

“Cotton told CNN’s Jamie Gangel that afternoon during the riot that he was ‘armed’ and indicated that he was prepared to shoot, defend the room, if the rioters attacked and tried to get in where the senators were.

For context, it is legal for members to have guns in the Capitol, in their office — just not on the Senate or House floor. Cotton is a decorated soldier who served in Iraq and Afghanistan and knows how to use a gun.

So in real time, on the afternoon of Jan. 6 — around 2:20 p.m. — Cotton thought the situation was so dangerous, he asked for his gun to be brought to him. That there was that kind of threat — mortal danger.”

But a spokesman told the Democrat-Gazette:

Senator Cotton did not have or request a gun that day, nor does he need one to defend himself and others under any circumstances.

CNN has now edited the story to say Cotton asked a staffer to bring his knife, not a gun. It appended this sentence to the story:

Update: Sen. Cotton’s office has now clarified to CNN that he was armed with a knife, not a gun.

I’ve asked Cotton’s spokesperson if it agreed with that statement. Should I get a rare response, I’ll add it.

If it was a knife, I hope it resembled the state knife of Arkansas.