Read this month's issue
Browse the issue archives
Loading…
Advertisement
Home Arkansas Blog Psst: A tip on how to get into the Arkansas Democrat-Gazette. A...

I was a little surprised to see an extensive article in today’s Arkansas Democrat-Gazette about the effort to get the entire 8th U.S. Circuit of Appeals to hear an appeal of a three-judge panel’s decision refusing to force four Arkansas school districts to participate in the state’s open-ended school transfer plan.

In the case: Camden Fairview, Hope, Lafayette County and Junction City have been upheld by a district court and the 8th Circuit panel in arguing that their federal court desegregation plans exempt them from forced school choice participation under Arkansas law. School choice would contribute to the flight of white students to neighboring districts, they argued successfully.

It is a matter of routine, particularly for well-funded parties like the state of Arkansas, to seek so-called en banc review of cases they lose, as had already happened in this case and been reported Feb. 18 by the Arkansas Democrat-Gazette. Such requests are rarely granted, though it’s not unheard of.

So what’s different today? A friend of the court brief has been filed by Arkansas Learns, the Walton- and assorted-millionaire-funded nonprofit that lobbies for charter schools, school vouchers, school transfers no matter the segregative effect and other parts of the Walton school “reform” philosophy.

Friends of the court briefs are routine. Dozens have been filed in high-profile Arkansas cases, generally with little notice from the state’s sole remaining major news”paper.”

But Arkansas Learns is special, as evidenced by the frequency with which it is sought for an opinion in D-G news stories.

Note now the boilerplate used in the D-G to describe this organization, whose leader  is Gary Newton. His professional passions include a shared antipathy with the D-G editorial page to the Little Rock teachers association.

Arkansas Learns is a nonprofit organization that advocates for school-choice options to empower parents to choose the best learning environments for their students to produce better educational outcomes.

I await the day the NAACP is routinely identified with a similar number of words each time it appears in the D-G:

The NAACP is a civil rights organization working to secure political, educational, social, and economic equality to eliminate race-based discrimination and ensure the health and well-being of all.

Or the Arkansas Education Association. What if, instead of a sneering “teachers union,” the D-G wrote routinely:

The AEA is a professional organization working for quality and equitable public education for all Arkansas students, better schools and quality working conditions for educators.

There’s another thing you could say about Arkansas Learns, and perhaps the newspaper should say it on occasions such as today’s article:

The newspaper regularly reflects the bent of Newton/Arkansas Learns in its editorial pages. That, of course, is the publisher’s prerogative and unsurprising. Do those proclivities leak into the news columns? You tell me.

CHAIRMAN OF THE BOARD: At Arkansas Learns, it has been Democrat-Gazette publisher Walter Hussman. 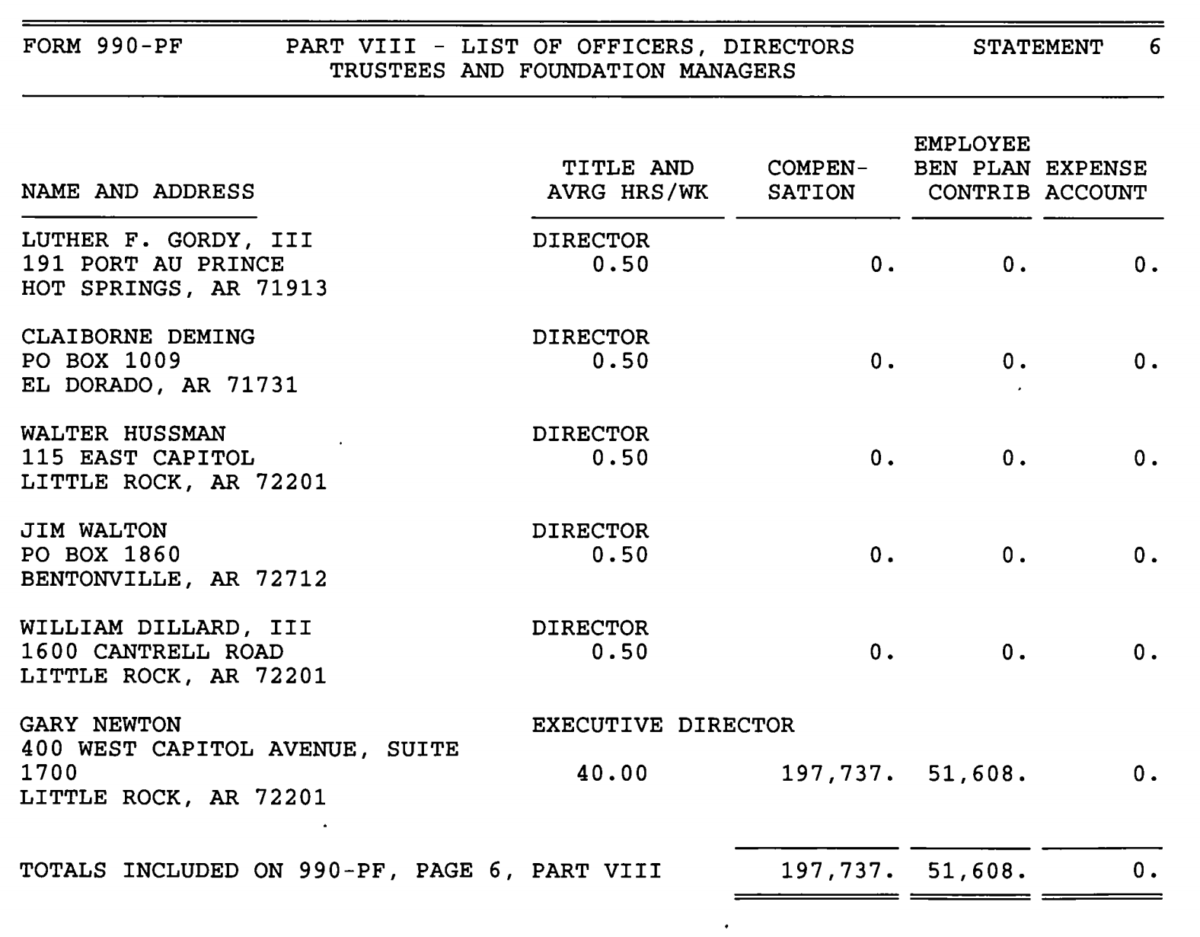