Whenever Arkansas legislators introduce proposals making state records off-limits to the public, they are worth a second look. 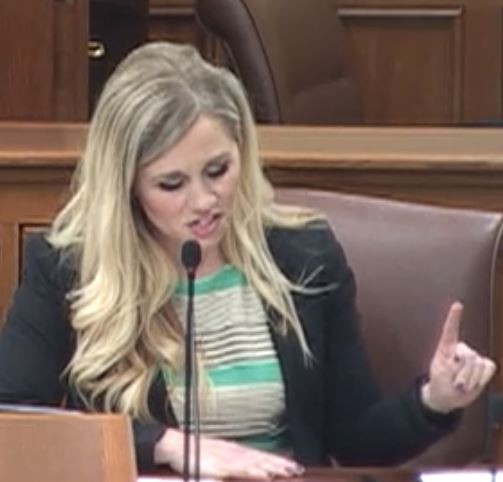 Today, I’m looking at SB 535, sponsored in the Senate by Breanne Davis and in the House by David Ray and Austin McCollum.

I was alerted by Scott Trotter, the Little Rock lawyer who wrote a 1989 ethics bill that requires financial disclosures by committees working to pass ballot issues and disclosure of independent expenditures for and against candidates.

The law applies from school district to statewide elections and has been particularly useful in providing information about ballot issues ranging from casinos and tort-reform to alcohol sales and term limits. It helps to know the influencers, particularly because the advertising is so often misleading.

So now to SB 535, titled the “personal privacy protection act.”

The proposal says no public agency could release information about “membership, volunteers and financial donors to 501(c) nonprofit organizations” that happened to be filed with state agencies. Off-hand, I can’t remember many occasions where nonprofit information was kept or released by a state agency. There WAS that time some state records contributed to the disclosure of a political front group paying legislators who advocated limits on damage lawsuits. But I can’t recall hearing about disclosure from state records about a 501(c)(3).

To understand the potential impact Trotter sees, you need to understand distinctions of tax law: A 501(c)(3) organization is a pure charity. It may NOT spend money on political endeavors. A 501(c)(4) organization enjoys privileged federal income tax treatment, but it MAY spend money on politics, both in direct support of candidates and also in issue campaigns. SB 535 covers both, with the latter more problematic.

Why? Because 501(c)(4)s need not disclose the sources of their money. They are dark money groups. They have been seven-figure players in Arkansas politics, including races for Supreme Court and attorney general. David Ray used to work for one, the Koch-financed Americans for Prosperity, which spent heavily to establish the Republican Arkansas Senate majority and in support of other Republican efforts.

Trotter is concerned that the bill, as written, could close the door to disclosure of spending by 501(c)(4) groups on both ballot issues and independent expenditures.

Ray didn’t respond to my question. Davis responded by saying:

Page 3 line 18 specifically addresses this. This bill does not change what they are currently required to disclose.

She declined to answer my question about what prompted this legislation.

Trotter says the exemption “is not broad enough to apply to disclosures required by (1) ballot issue or (2) independent expenditure laws, neither of which involve campaign contributions or lobby disclosures.”

Accepting Davis at her word, Trotter said one way to fix the flaw he sees would be an easily written broader exemption.

The sponsors’ reticence isn’t inspirational. Ray has already futzed this session with the law about 501(c)(4)s. He tried, unsuccessfully so far, to pass a bill that would have allowed a political candidate with a big surplus for a race he didn’t make (a circumstance that happens to fit his former boss Lt. Gov. Tim Griffin and his $1 million surplus from an aborted run for governor) to give the money to a 501(c)(4). Such an entity would be legally free to spend the money as it chose, including by advocating the election of a politician of its choice, maybe one who had just dropped a million bucks on them.

When the bill comes before the committee, the sponsors will be able to provide more insight into the problem the bill is intended to solve.

Meanwhile, I’ll stick with a view that applies to this and many pieces of legislation: We need more ethics and political finance disclosure, not less. And, the thought occurs, what if this bill is intended to shield identities of 501c organizations that receive state money? The bill has a broad prohibition against the release of personal information about a contractor or grantee.