Judging by Twitter comments, I was not the only one surprised to see Sarah Huckabee Sanders announced on Twitter that former Secretary of State Mike Pompeo had been campaigning for her Wednesday.

If it was in Arkansas, it was a super-secret campaign stop. But, no, it wasn’t in Arkansas.

Pompeo did what others have done for Sanders: Campaign for her anywhere but Arkansas. The sociopath who once employed Sanders was a “surprise guest” at a Florida fund-raiser in the sociopath’s house, which surely billed her campaign handsomely for the lump-crab-and-snails highlighted feast.

Pompeo was in Austin, Texas, Wednesday. He spoke to the conservative Texas Public Policy Foundation.

Great to be in Texas with @TPPF this morning. Joining an important conversation with @KevinRobertsTX on two threats to American democracy: the Chinese Community Party and the crisis on our southern border. pic.twitter.com/EOg80ILU53

But he was also a special guest for a Sanders fund-raiser on Wednesday. A Texas state representative greeted him there, with Sarah Sanders. Don’t know if there were any Arkies in the crowd, but there WERE Texans with fat wallets.

And speaking of fat wallets here’s more on that from the Headliners Club in Austin, Texas and a Texas realtor. 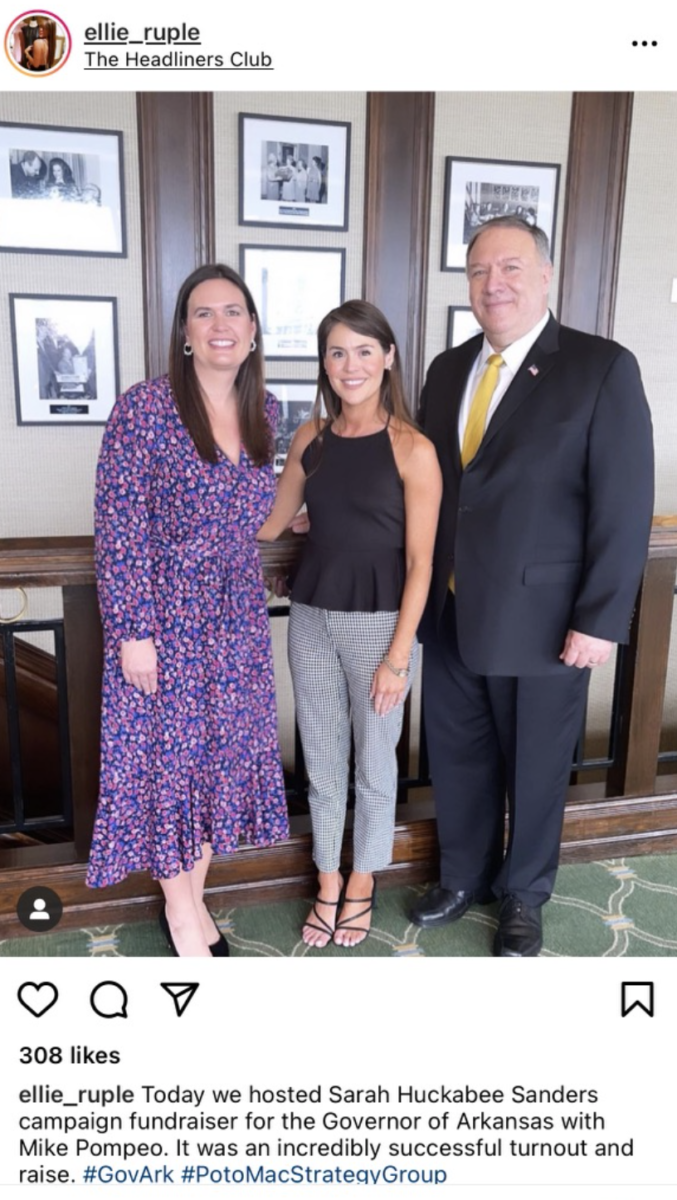 Meanwhile, Attorney General Leslie Rutledge, who is opposing Sanders in the Republican primary for governor in 2022, did her fund-raising this week in the state she hopes to serve, with a big do Thursday night in her hometown of Batesville. 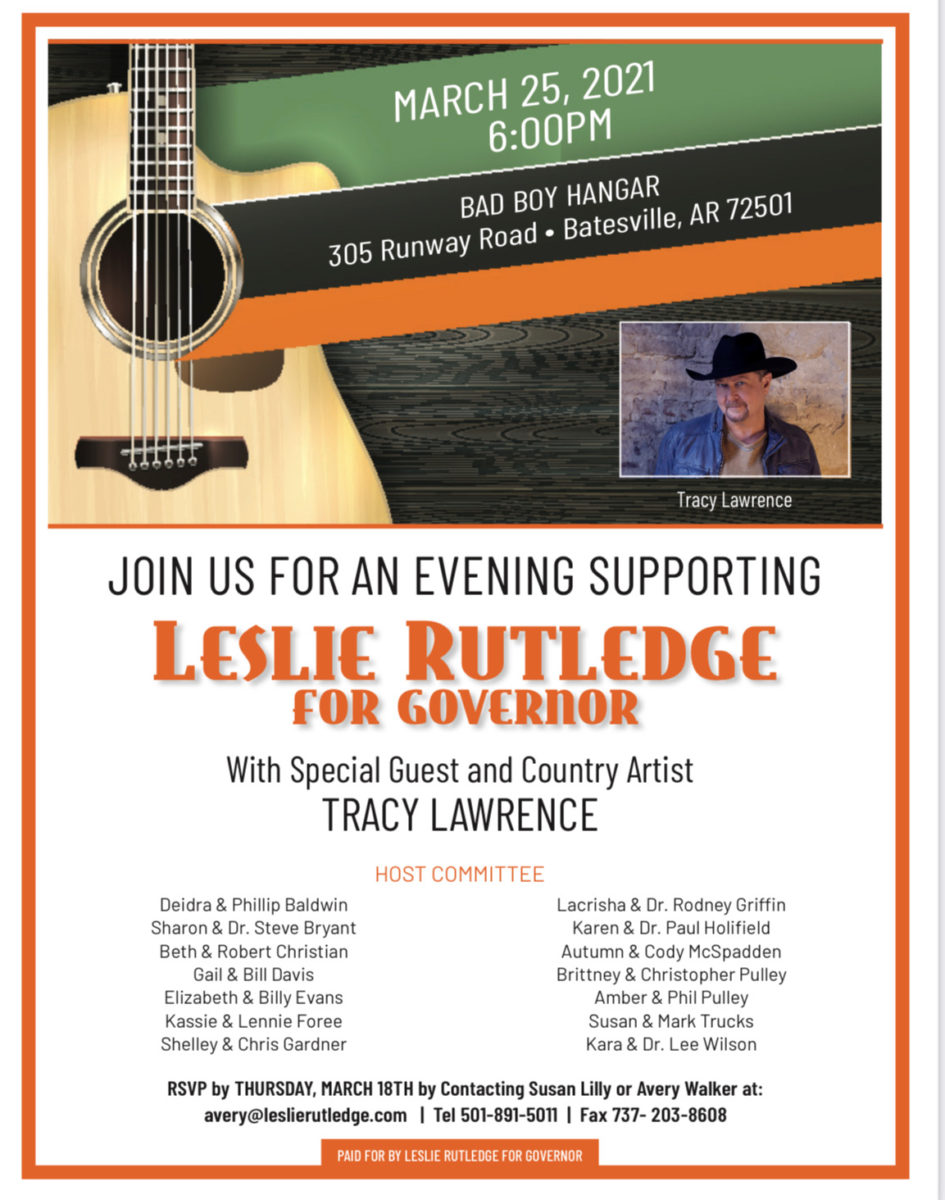 Who’d you rather hang with? Texans and Mike Pompeo or Arkies and Tracy Lawrence? “Better Man, Better Off,” Lawrence might sing. 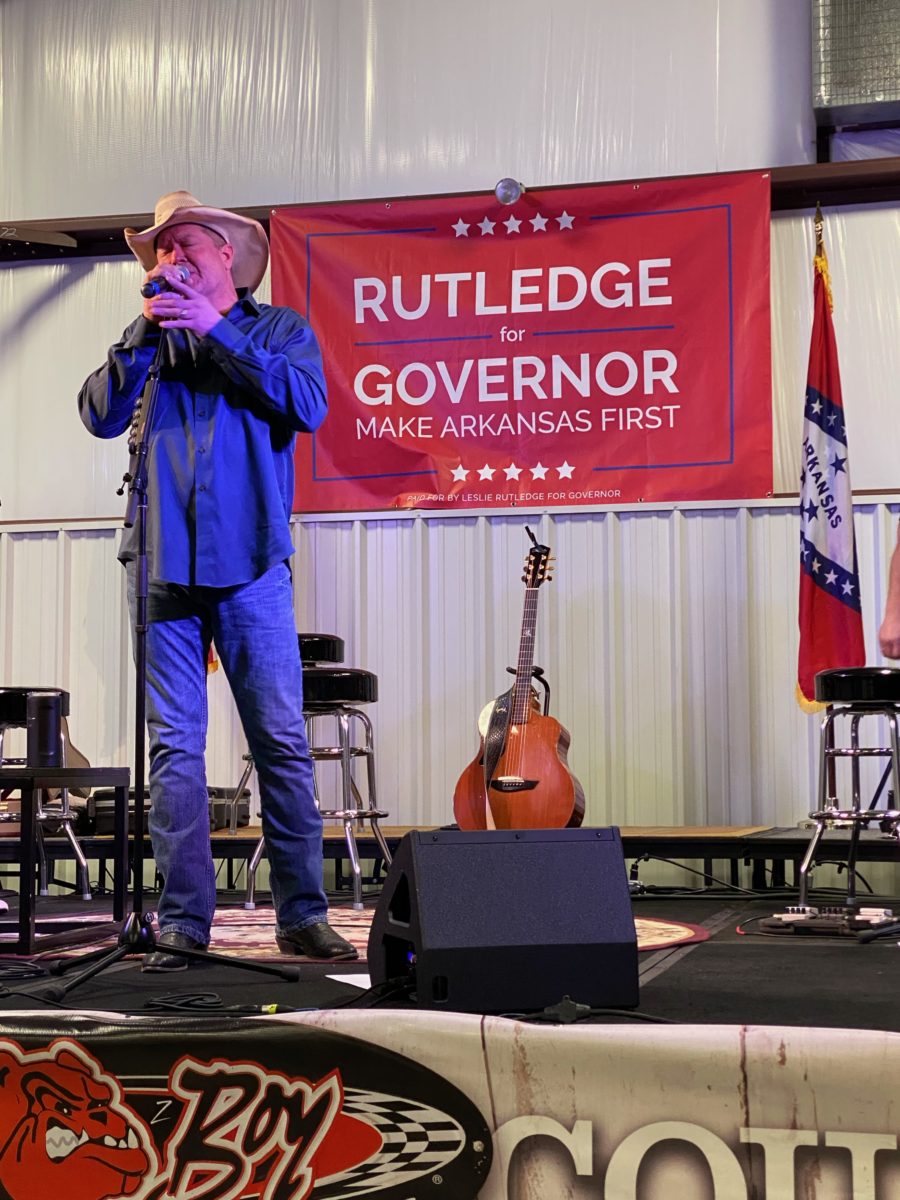 PS: This will give you an idea of how rooted the Sanders campaign is in Arkansas. Her agenda, as described in a solicitation for money: