David Hill’s book “The Vapors: A Southern Family, the New York Mob, and the Rise and Fall of Hot Springs, America’s Forgotten Capital of Vice” belongs in the pantheon of great Arkansas books. Weaving in his own family’s history in Hot Springs, Hill tells the story of Hot Springs’ gambling heyday, flashy nightlife and criminal underbelly. To take advantage of the book’s popularity, Visit Hot Springs, the city’s convention and visitor’s bureau, assembled a self-guided “Vapors” tour. Find it at hotspringsblog.com/thevapors. Several of the stops would already be on any Hot Springs tourist’s list: The Arlington, where famed mobster Charles “Lucky” Luciano was once arrested; Oaklawn, which led the author’s horse-training great-grandfather and grandmother to town; and Bathhouse Row. Here are others from the tourism guide, with a few bonus stops suggested by Hill.

Dane Harris’ storied casino, which gives Hill’s book its name, was bombed in 1963 and closed as a gambling hall the following year. It continued years after as a nightclub, then a disco and, for a while, a church. Since 2020, it’s operated as The Legendary Vapors, a venue that hosts tribute acts.

New York gangster Owney “The Killer” Madden, one of Hill’s main characters, “retired” to Hot Springs upon his release from prison in 1933. He married the postmaster’s daughter, Agnes Demby, at this house, and the couple later hosted at their home the likes of Frank Costello, who had a bowl of spaghetti dumped on his head by Agnes after Costello insulted her cooking.

Madden, who died in 1965, spent more than half his life in Hot Springs. You’ll find the gravestones of he and Agnes near the archway entrance on Greenwood Avenue.

A prominent club and casino during the gambling era, the building now houses the Josephine Tussaud Wax Museum.

Today, these are essential Spa City watering holes, and Maxine’s is one of the city’s top music venues. The Ohio Club, opened in 1905, bills itself as Arkansas’s oldest surviving bar. For years, it operated a backroom casino, which was the last in town to close, in 1969. Maxine’s was the top brothel during Hot Springs’ gambling heyday. Hill describes the brothel’s namesake, madam Maxine Jones, driving her ladies around town propped up in the back of her pink Cadillac convertible. 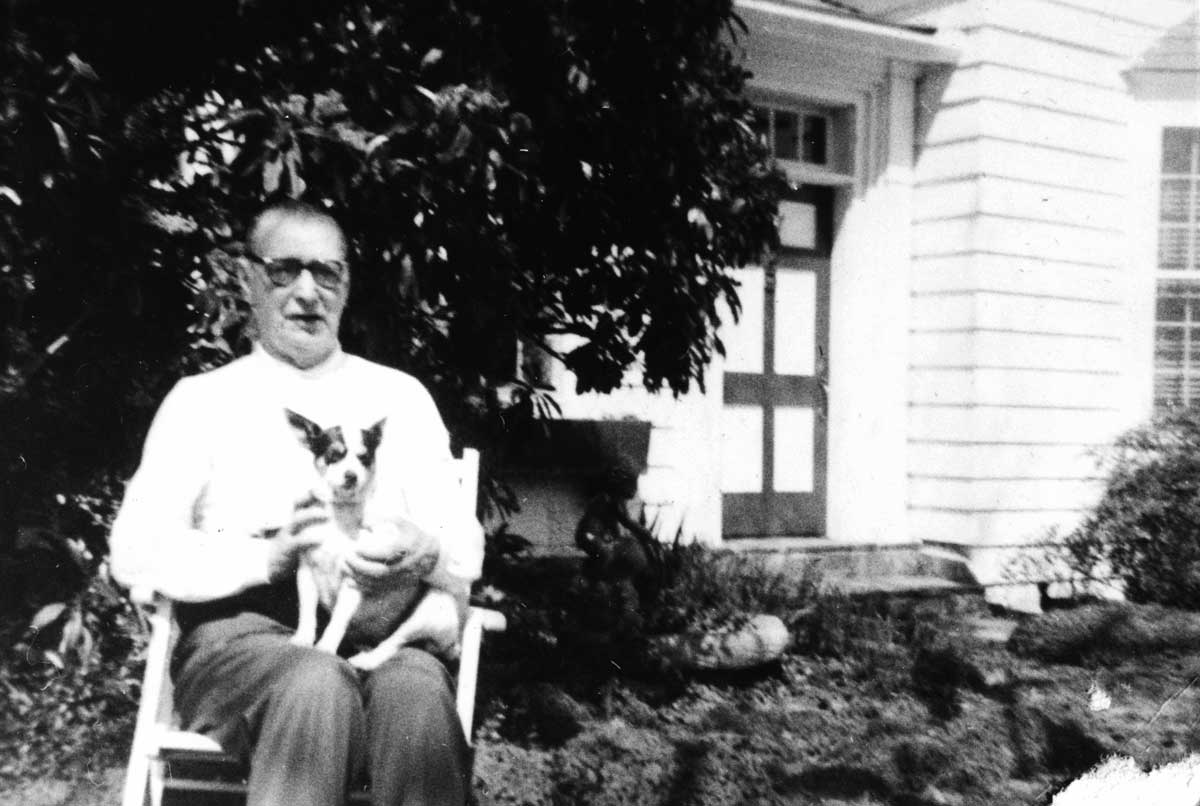 This was once one of the most important hotels and meeting spots for African Americans from all across the country. It was the site of many important meetings and gatherings as well as musical performances by big-name stars. Across the street at 508 Malvern is the site of the former Cameo Club, owned by Bubba Page, and the epicenter of nightlife on Black Broadway.

This was the location of the home where Dane Harris and his family lived that was bombed in 1966.

Built in 1963 by Samuel Kirsch, a local businessman and a leader in the city’s Jewish community, the hotel was one of a number built in anticipation of the legalization of gambling, and was partially funded by money from the Teamsters Central States Pension Fund. It was decked out in mid-century modern style, and its most talked about feature was its glass-bottomed pool on a deck just over the lobby, where visitors looked up at the ceiling into the pool above them. After the gambling measure failed in Hot Springs, the Teamsters quickly called in their loan and took possession of the hotel and offered it for sale to whoever would buy it.

In this spot in 1913, now the location of a controversial Confederate monument, future judge and gambling boss Floyd Babe Huff allegedly participated in the lynching of a young Black man who worked for his family and was suspected of murdering his sister. Babe Huff was 10 years old.