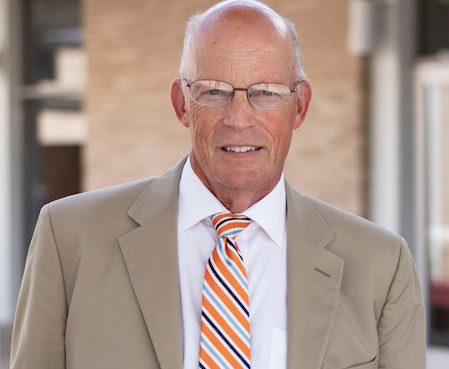 Baker Kurrus, who lost a runoff for mayor to Frank Scott Jr. in 2018, has sent to the Little Rock City Board and others his analysis of the proposal to increase the city sales tax by one cent on the dollar.

His business experience (he served on the finance group in Scott’s transition team) produced an analysis of data that has gotten less attention in board discussions than how new money approved by voters should be divvied up.

Key Kurrus points: The city already has a high tax rate and it has grown personnel costs for almost a decade at a rate exceeding revenue growth.

Kurrus concludes that the city should not raise the sales tax by a full cent. It should renew the 3/8th-of-a-cent infrastructure tax that expires this year; spend the money on conventional infrastructure, and impose more budget discipline at City Hall.

I wouldn’t expect that advice to be followed by the City Board next week, but his analysis is worth pondering. Note that it speaks of taxes and policy that date back well before the current mayor took office.

I served at the Mayor’s request on his transition team and the related finance study group. In conjunction with that service, I organized my thoughts in a couple of research papers that are relevant to the sales tax matter under consideration. I have copies for anyone who is interested.

The sales tax increase is being considered in a general way, as a polar choice between higher taxes and a bright future, or no tax increase and a dismal one. This is a false choice. We all want what is best for Little Rock. We should not be afraid to raise taxes when needed, but we should do so only after careful study, and only if we are sure that we are spending our current revenues prudently.

The first premise that needs to be examined is the notion that this is just “a penny.” Sales taxes are regressive, and adding a permanent 5/8th of one percent is not insubstantial. It is apparently $53,000,000 a year. That money is paid by the people who shop here. The increase is being promoted as a small increase to bring Little Rock’s tax rate up to the general level of its peers. It is a substantial 42% increase.

The second issue is whether Little Rock currently has a low tax rate. When you examine the total tax burden imposed by Little Rock, Little Rock taxes are already at the highest levels in our state.

Some facts are shown below. Little Rock has a lower than average general sales tax rate, but Little Rock more than makes up for that with much higher rates of taxation in three other critical areas.

Little Rock gets about 51% of its general operating revenue from general sales
taxes. The sales tax collections in any city are a function of the combined rates applicable in both the city and the relevant county, which rate is multiplied by the taxable sales. Using only this combined rate of taxation as the measure, Little Rock’s combined sales tax rate is slightly lower than some surrounding cities:

Property taxes, utility franchise fees and business licenses and fees make up the vast majority of the rest of Little Rock’s general revenue (about 40% of total general revenue). In all of these categories, Little Rock taxes its citizens at rates that are among the highest in the state. When you look at the total tax burden in Little Rock we already are taxing at the highest levels.

In 2020, Little Rock had the highest property tax rate, expressed in mills, of any surrounding city:

This rate includes the library millage, 5.1 mills. Even if this vitally important millage is not considered, Little Rock is at the high end of the range. Bentonville, Springdale, and Fayetteville tax at an average rate of about 5.9 mills.

Little Rock’s third-largest source of general revenue is a franchise tax on the
public utilities which serve Little Rock residents. Little Rock sets the tax rates. The various utilities collect the tax from their customers and pay the money to the city. In essence, these charges are additional sales taxes on utility services. In 2020, Little Rock taxpayers paid over $28,000,000 in these “franchise fees.”

For example, Little Rock residents pay both Central Arkansas Water and the Little Rock Water Reclamation Authority a ten percent “franchise fee.” Little Rock’s rate of taxation is higher than any of the surrounding cities. To add insult to injury, general sales tax is charged on both the water charges and the franchise tax. (A tax on a tax.) On my April water bill, I paid an effective sales tax rate of 18%.

Little Rock received an effective city tax rate of about 12%. Again, Little Rock’s tax levy in this category is at or near the top for Arkansas. Little Rock charges franchise taxes on all utilities that use public rights of way. In addition to regular sales taxes on electricity charges, Little Rock electricity users pay Entergy a “Municipal Franchise Adjustment” of 5.2% of their electric bills, which Entergy then pays over to the city. Most other larger cities charge 4.25%. CenterPoint customers in Little Rock pay 5.2% as a “Municipal Franchise Adjustment,” while many surrounding cities charge much less. In Cabot, the charge is $2.00 per gas meter.

Little Rock’s charges are much higher than surrounding cities. Total per capita franchise taxes in Benton were about $55.35. In Conway, the average total franchise tax per person was about $52.33. Little Rock collected about three times that amount at about $142.50 per person. These taxes are simply additional sales taxes imposed by Little Rock, collected by utilities and passed through to the city.

This analysis shows that Little Rock already has a high effective sales tax rate when utilities are included in the calculation.

Since 2012, the percentage of Little Rock’s budget spent on personnel has increased from 68% to a projected 76% in 2021. Stated another way, general revenues rose about 34%, while personnel costs rose about 46%. This means that there is less and less money to spend on goods, supplies, repairs, maintenance and every other non-personnel expense. Personnel costs are out of control. This trend must be reversed if the city is to prosper.

Staffing in central office executive management positions has generated a lot of the increase. Personnel costs are projected to be up 6.7% from 2020 to 2021. We are spending too much on personnel.

So what are we to do, if we are already taxing at the highest level, and spending too much on personnel? Do we tax more, or adjust our spending?

If we tax more, we could pursue some of the appealing projects which are mentioned. For example, there is no doubt that Arkansas needs more pre-kindergarten education. Little Rock School District’s pre-K program is a model for others, but it is expensive. It requires facilities, trained and certified personnel, transportation, food service, social services, special education services and more. I know it would be a colossal mistake for a city to try to run a comprehensive and quality pre-K program. The state already does fund some pre-K education, and should fund more, but Little Rock is ill-equipped to undertake this state responsibility.

The better approach is for the city to first focus on its primary responsibilities. By many measures we are stumbling badly in the fundamental areas which are essential for a healthy city.

Locking in a permanent higher tax rate on top of Little Rock’s already high tax burden would be a mistake, and punitive to those least able to afford it. Using operating revenue to construct special projects like event centers and zoo exhibits will bury the city in permanent recurring operating costs.

We just shut down several golf courses and articulated the recurring costs as the reason.
The better approach is to invest in local infrastructure. Then revenues increase not because of higher rates of tax, but because of growth, higher rates of sales, higher utility usage, more business taxes and the like.

Extend the dedicated infrastructure tax. Reduce middle management and administrative personnel. Become more efficient and effective in management. Put the city manager back to work.  Promote sustainable residential growth in the central city. Support local retailers and developers who add tax base. Promote business growth. In other words, build a strong civic foundation. Engage the city board as the policy-making body of our city. Don’t tell them what they want. Ask them what they need.

Don’t go for the cotton candy. Simply extend the infrastructure levy, and get to work.

A PS from Max:

Kurrus, a former Little Rock School Board member and District superintendent, writes with some knowledge about providing pre-K education. The Scott proposal to move the city into pre-K has drawn attention as a departure from conventional city services. To date, it hasn’t gotten the explanation or discussion it deserves. Lindsey Millar is working on an article to explain more. But he notes that it’s an idea that is taking hold in other cities. He tells me the city plan is not to create new operators but primarily to provide vouchers (for people at up to 300 percent of the federal poverty level) for children age birth to 3 to attend existing early childhood centers. The city also would invest in improving the quality of existing centers at the lowest level of accreditation.

The appeal of shiny new objects seems the likely winner at the City Board. The only question is WHICH shiny objects.

But Kurrus’ discussion of taxation in Little Rock shouldn’t be forgotten. I, for one, would like to see a concerted push to get the state legislature to provide a means other than regressive sales taxes for cities like Little Rock to support themselves. A payroll tax, for example, on the freeloaders who drive from the lower-tax suburbs to work here and then go home to shop, pay property taxes and eat out (some of them riding in free Little Rock police commuter cars.)