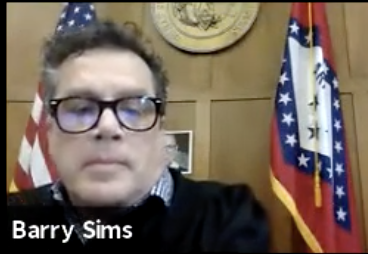 The state Judicial Discipline and Discipline Commission has issued a letter of censure and recommendation of suspension of Circuit Judge Barry Sims for episodes of rude treatment of public defenders in his court.

Sims, who hears cases in Pulaski and Perry Counties, is recommended for a 90-day suspension, with 60 days held in abeyance for a year, but the Arkansas Supreme Court is the final arbiter.

Here’s the letter of censure and recommendation for suspension.

The letter from David Sachar, director of the commission, said Sims, a circuit judge since 2003 and previously a district judge, had agreed to the censure and recommendation for suspension rather than contest the allegations. Emily Abbot, the commission’s deputy director, said two “power dynamics” appeared to be at play, treatment of attorneys, particularly women, and criminal defendants. She said there were other complaints about attorney mistreatment, the “most egregious” concerning women.

The commission acted on two complaints. In one, a hearing April 15, 2019, Sims left the bench during a public defender’s questioning of a witness and wouldn’t allow her to make an objection. The letter said he was curt and his facial expression, demeanor and actions “alarmed” other attorneys and spectators. Later, in a trial in May that year, Sims called attorneys to the bench and questioned the way the public defender was questioning potential jurors. He asked if the client still had a defense and said he would accept a guilty plea, which gave the appearance he was attempting to coerce a settlement. The case ended in an acquittal.

The letter said other complaints and allegations against Sims were not litigated because he agreed to the commission’s findings and recommendation.

Sims was admonished in 2009 for issuing an order that facilitated the testimony of a witness whose case had been closed in a separate prosecution.

The commission concluded Sims had demonstrated a lack of “dignity, courtesy and patience.”

A censure means a judge is guilty of misconduct, but short of an offense calling for suspension or removal. It was issued in the first case detailed.

The recommendation for suspension came on the complaint about his remarks concerning an investigation of him. The panel recommend 90 days without pay, with 60 days held in abeyance for a year and dependent on remedial action. If the Supreme Court upholds the recommendation, it will set the dates of the suspension. 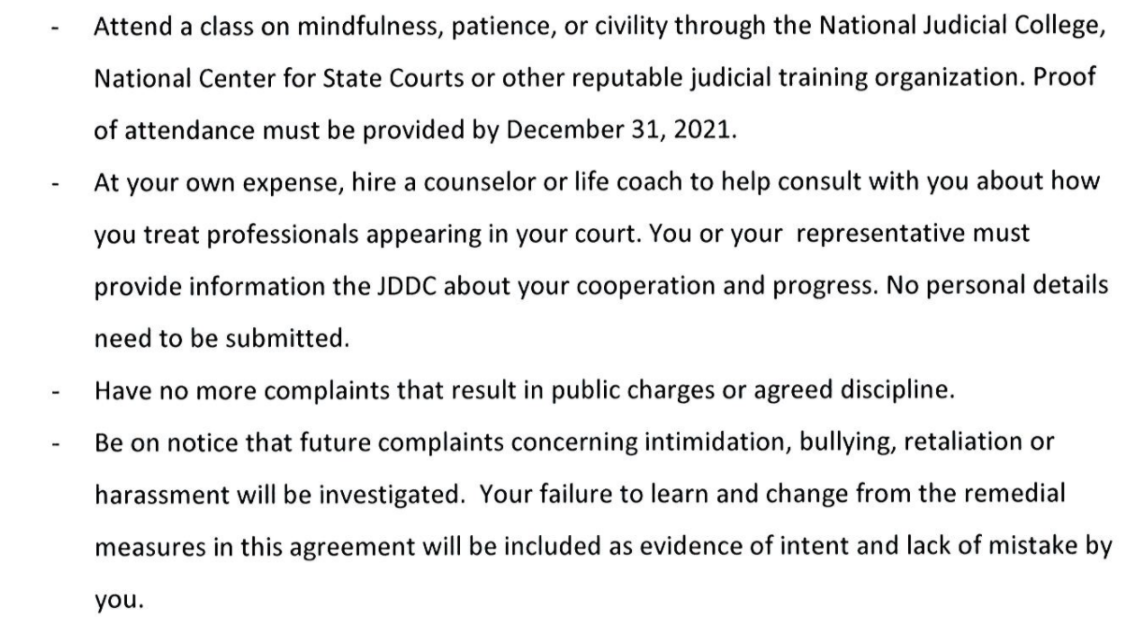