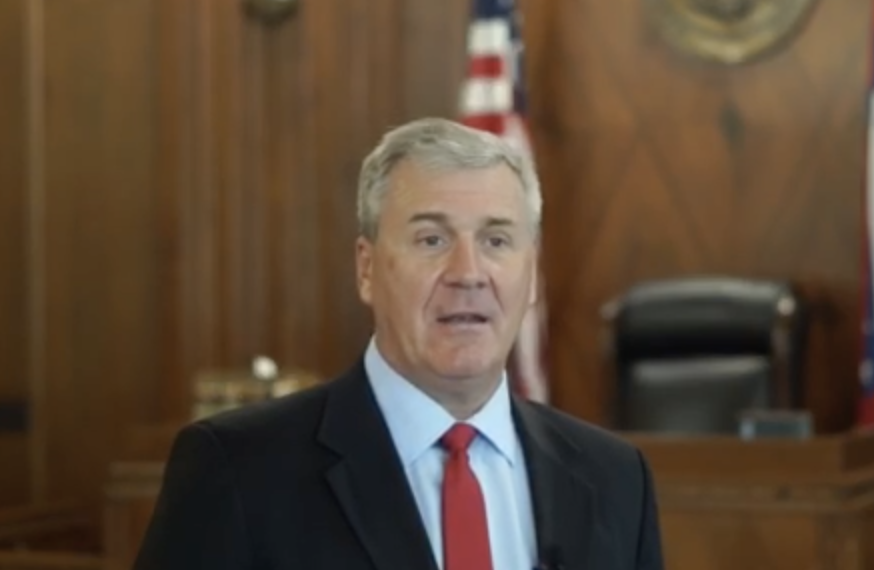 Another candidate deeply identified with Republican politics is aiming for a seat on the Arkansas Supreme Court, theoretically non-partisan.

He is Circuit Judge Gunner DeLay of Fort Smith, a former Republican state representative and senator, who was appointed by Republican Governors Huckabee and Hutchinson to stints as prosecutor and district judge. He was elected to a circuit judgeship in 2020.

He’s running for the seat now held by Justice Karen Baker. She won a  special election to a partial term in 2010 and then ran unopposed for a full term in 2014. She hasn’t announced her plans, but I’ve attempted to reach her by e-mail.

His release carries the usual Republican dog whistles in addition to his ties to two  Republican governors:

DeLay explained that his judicial philosophy is modeled after Justices Antonin Scalia, and Clarence Thomas. “I am a strong believer in judicial restraint when it comes to interpreting statutes and the constitution. Judges should be guided by the original intent of the framers and the plain language of the text, as opposed to making law that fits their own political agenda.”

DeLay perhaps may be asked to discuss Scalia’s opinion upholding gun control regulation. He might also be asked his thoughts on efforts by the Republican legislature to squelch free speech about certain topics. Or the recent firing of a contract worker for the Supreme Court’s administrative office 48 hours after he’d criticized a Republican legislator. And, speaking of human rights, the stripping of protections for women’s medical rights and civil rights of LGBTQ people.

Chief Justice Dan Kemp and Justices Courtney Hudson, Womack and Webb are not on the ballot this year.

No opponent has announced against Wood. As an identifiable Republican, she’s not likely to draw a mainstream Republican challenger. But her connection to Gilbert Baker offers timely material for a challenger. She, like her former close friend Mike Maggio, now a federal prisoner, received major campaign contributions from nursing home magnate Michael Morton. Evidence in the Maggio case shows she talked frequently with Baker, a former Republican Party chair and senator, during the time he has been charged with scheming to funnel campaign contributions to Maggio in return for a $4.2 million reduction in a jury verdict in a negligence case against one of Morton’s nursing homes. Baker goes to trial in July and evidence of his intermediary work between Morton and judicial candidates such as Maggio and Wood is likely to be part of the case. Morton has not been charged.

Wood has continued to hear cases involving Morton’s nursing home, despite his being the biggest single contributor to her court campaign in 2014, along with other nursing home interests.