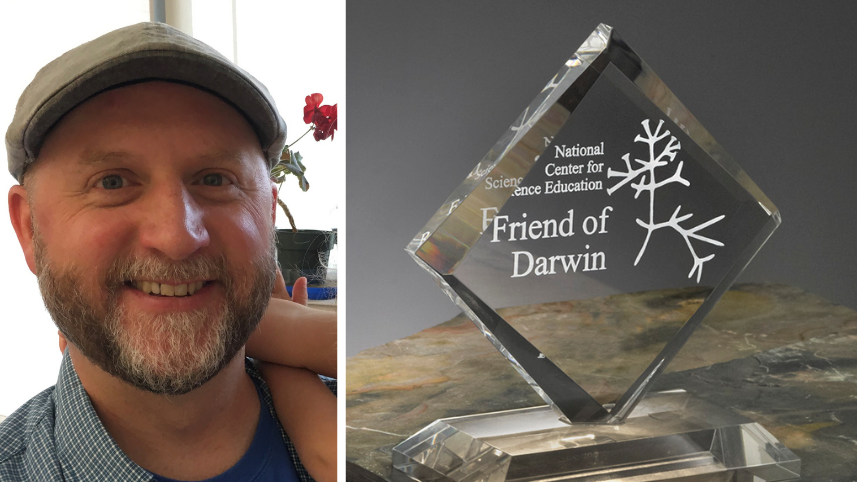 Here’s an antidote for the rejection of science yesterday in Siloam Springs: Arkansans can be taught.

I reintroduce you to Arkansas native scientist Jason Wiles (Harding U. graduate), who’s passed through our pages periodically for his work on evolution.

He wrote a cover story in 2006 on the failure of Arkansas schools to teach evolution in science classes. In 2014, he wrote a scholarly article on how gifted students react to the teaching of evolution.

His conclusion then seems apt in light of the intermingling of religion and blind faith in comments in Siloam yesterday about vaccines, masks, COVID-19 and more.

The rest of today’s story, from the National Center for Science Education:

The National Center for Science Education (NCSE) has awarded a 2021 Friend
of Darwin award to Jason R. Wiles, Associate Professor of Biology at Syracuse University, a specialist in evolution education.

“We are thrilled to recognize Jason Wiles’s innovative research on teaching and learning about biological evolution,” said NCSE Executive Director Ann Reid, “as well as his advocacy for evolution education in his native Arkansas, where a bill allowing public school science educators to teach creationism recently passed the House before meeting a narrow defeat in a Senate committee.”

A recipient of the 2016 Evolution Education Award from the National Association of
Biology Teachers, Wiles also conducts science education research related to climate change and the nature of science and organizes informal education activities, including outreach at K-12 schools and universities.

The Friend of Darwin awards are presented annually to a select few whose efforts to support NCSE and advance its goal of defending and supporting the teaching of evolution have been truly outstanding. Along with WIles, the other 2021 winners are Briana Pobiner, a paleoanthropologist who leads the Smithsonian National Museum of Natural History’s Human Origins Program’s public programs, website content, social media, and exhibition volunteer training; and Mohamed Noor, Professor of Biology and Dean of the Natural Sciences at Duke University and author of Live Long and Evolve.

Susan Epperson was the Central High biology teacher and lead plaintiff in the lawsuit that overturned Arkansas’s anti-evolution law in 1965.

56 years later, the forces of scientific darkness rage on in the Arkansas legislature.