The senators from Arkansas voted against the $1 trillion infrastructure plan embraced by both Republicans and Democrats. It passed anyway, and will now go up for consideration in the House.

The bill will provide the money to build and repair roads, railways, public transit, water systems, power grids and broadband, creating lots of jobs along the way. It’s hard to see any negatives here.

The vote was 69-30, with even Senate Republican Leader Mitch McConnell voting yes.

Not U.S. Sen. Tom Cotton, though. He issued this statement, which fails to explain his vote but does contain his usual anti-Democratic vitriol:

U.S. Sen. John Boozman‘s response was much the same. 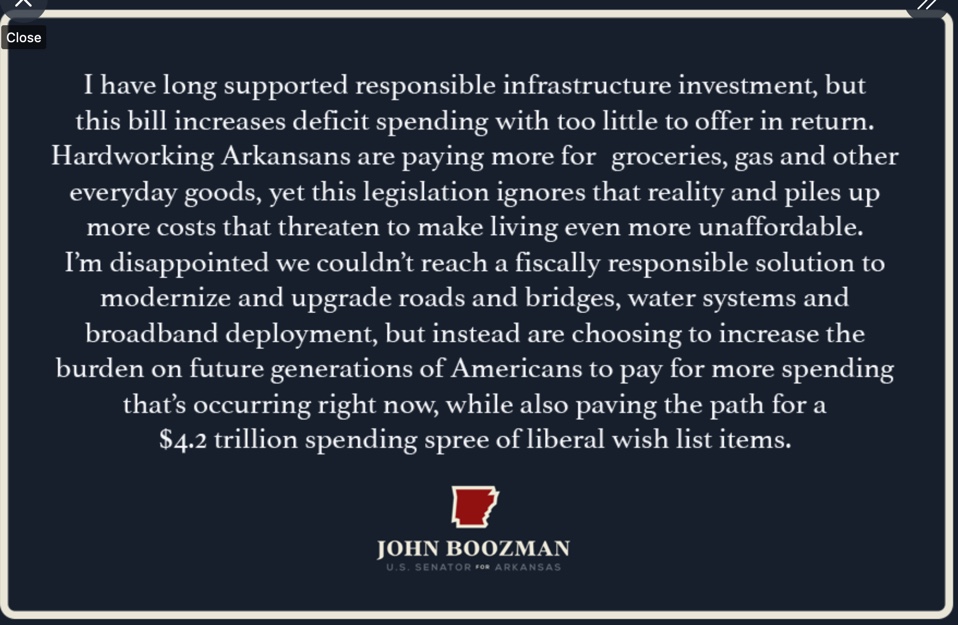