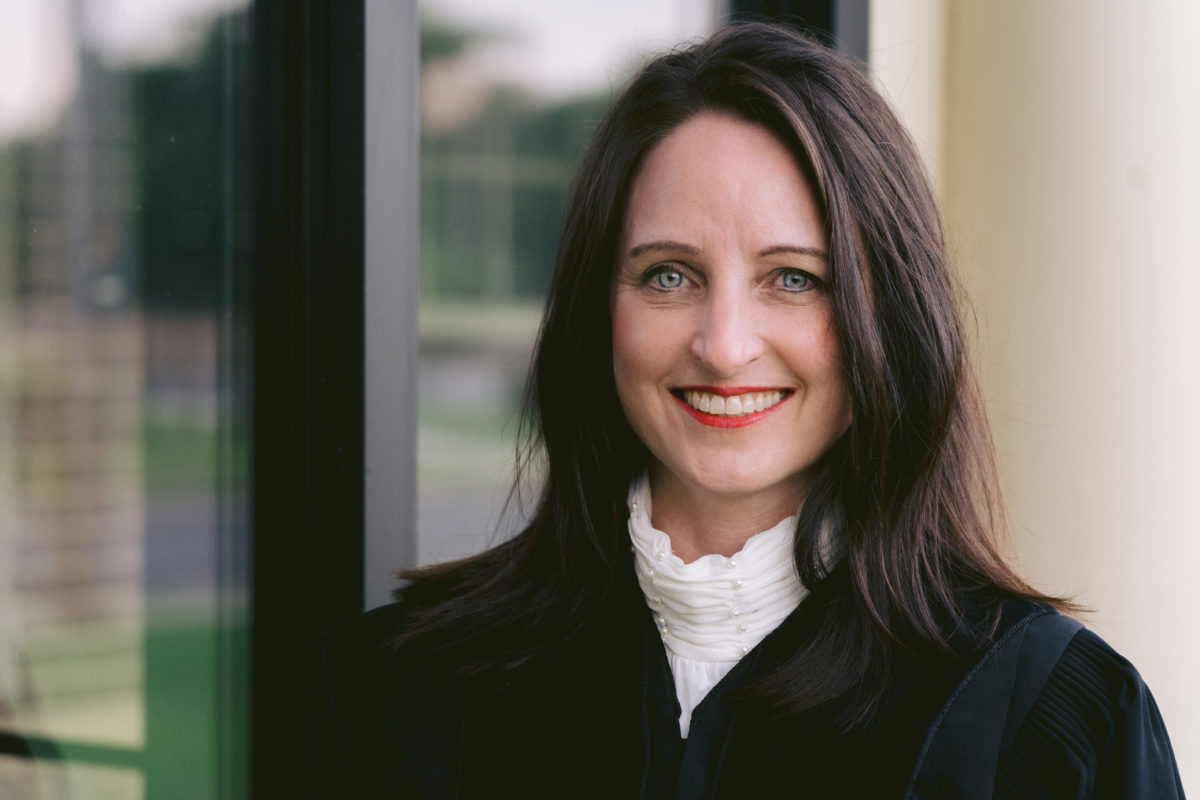 From her prepared statement:

“When I first ran for the Supreme Court, I pledged to bring Arkansas values to our state’s highest court – faith, family, hard-working, conservative values.  Throughout my first term I’ve done just that, making tough decisions in the face of immense pressure.  As a member of the court, I will always uphold the rule of law and the Arkansas Constitution will be my guide.”

But one possibility: Her connection to the bribery case involving her old friend, former Judge Mike Maggio, and another former friend, Gilbert Baker, the former Republican state chairman who was instrumental in raising money for Wood’s first run for Supreme Court in 2014. His efforts included soliciting $48,000 in checks for Wood from nursing home owner Michael Morton of Fort Smith.

Maggio pleaded guilty to taking contributions arranged by Baker in return for reducing a jury verdict against a Morton-owned nursing home by $4.2 million. Baker was recently tried in the case and acquitted on one count, with a hung jury on eight other charges. Wood was a witness in the trial. Her testimony included statements that she was unaware Baker had solicited and received checks for her campaign before the legal date to begin raising campaign contributions or that dates on the checks had been altered to make them appear legal before they were deposited in her campaign account. Testimony also mentioned the deletion of text messages by Wood and others during the time in 2013 when Baker’s machinations were occurring.

This is a good opportunity to address a question I’ve received about judicial candidate political activities this year. Some candidates, including Wood, have already begun making campaign expenditures. Their campaigns may not legally begin raising money until Nov. 25. But the candidates, by law, could begin campaigning in May, a year before the primary election.

How can candidates spend money if they can’t raise it? Answer: They may legally spend their own money. It is an advantage for those with means and for incumbents who can expect good support once the money-raising period may begin.

Wood, for example, filed a campaign report in July that showed she had loaned her campaign $102,000. At that time she’d spent about $2,000, primarily for her political consulting firm and also to buy tickets to events sponsored by the Faulkner County and Washington County Republican Committees and the Republican Party of Arkansas.

Wood, who has no announced opposition, has always positioned herself as a Republican though judges run as non-partisan candidates.

She has no announced opposition.

Wood probably caught a break if she does have opposition by the request of Gilbert Baker to postpone his trial, currently scheduled in October, because his attorneys have conflicts.  The U.S. attorney has not objected to the request. The judge in the case hasn’t acted on the motion, but the trial seems likely to be delayed. That would save Wood from having to again testify — during the campaign season — as someone identified in the events outlined in the indictment of Baker. She was the leading beneficiary of the roughly $225,000 Baker raised for various purposes from Morton, who has not been charged.

Though the records are under seal, Maggio is apparently in a halfway house and due to be released from federal custody in October. He likely has benefitted from the government’s recommendation to cut his 10-year sentence in half for cooperating in the prosecution of Baker.

The case presented an unseemly picture of Arkansas politics, particularly judicial politics. The trial detailed illegal and unethical acts by lobbyists and others and the undue influence of special interests, particularly the nursing home/tort reform lobby.

UPDATE: Baker’s retrial has been set for May 16. The election is May 24.