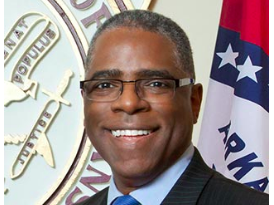 Washington County Judge Joseph Wood, an arch-conservative Republican who’s running for lieutenant governor, has issued the first of what will likely be hundreds if not thousands of declarations of defiance of President Biden’s plan to require vaccinations or weekly testing for large employers.

He issued a statement:

Washington County will not require its employees to be vaccinated nor will it require employees to show proof of negative COVID tests. I encourage the employees and citizens of Washington County to consult their doctor regarding vaccination. If a citizen does not have a doctor, they can visit the Health Department or the County Doctor for advice about the health of themselves and their families.

The federal rules are not finalized. Lawsuits are to come. But Republican demagogues are rushing to jump in front of the parade of massive resistance. It’s the 1950s and Brown v. Board of Education all over again. Understand, nobody meant any harm to Black children back then. They just wanted freedom not to be around them. Some states (Faubus’ Arkansas, most famously) interposed their wishes against the federal courts and later federal agency rules.

It is fair to say that the people who led massive resistance, then generally Democrats, have now made homes in the Republican Party. This is  particularly true in the GOP’s Southern redoubt, where white nationalism has trumped sound health policy as an article of political faith.

The Arkansas legislature can be expected to interpose its will against that of the federal government in due course. Governor Hutchinson has already expressed opposition to required vaccinations or testing. So why doesn’t he endorse scrapping all the other mandated vaccinations to which Arkansans are subjected? And other workplace safety rules. What part of freedom does he not understand?

Will Asa play Faubus? Or just Faubus Light as he’s done so far? Either course is, in its effect on the unvaccinated, support for resistance.

Will the right of resisters to endanger the lives of others be held paramount? Have those who’ve gladly received vaccinations forfeited THEIR freedom to safe passage in these United States?

It’s going to be an awful political slog.