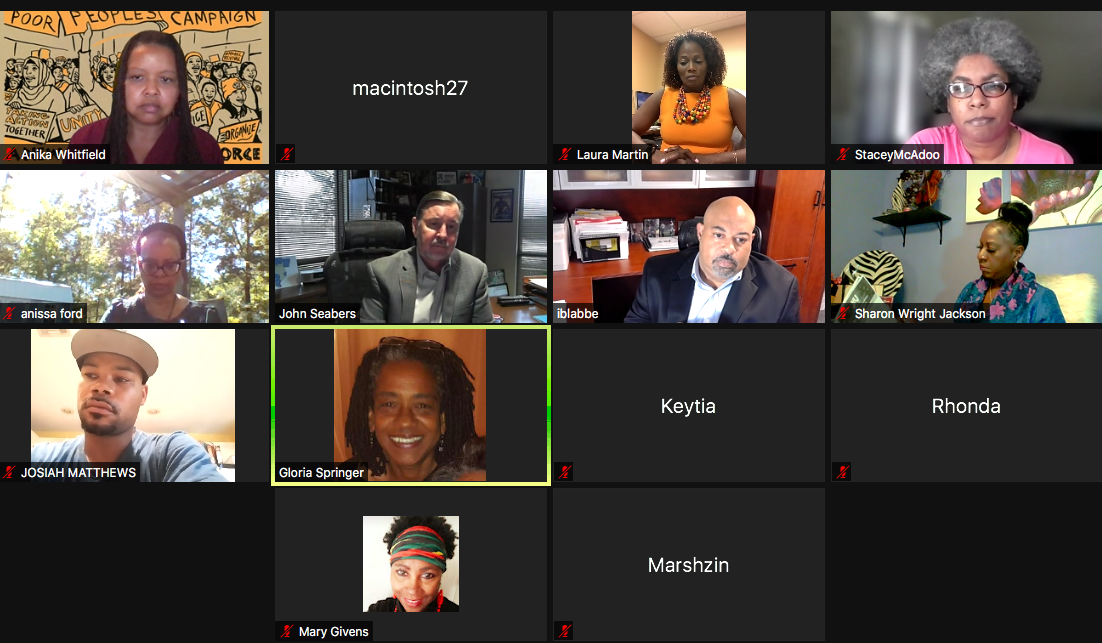 Dr. Anika Whitfield invited me to join a Zoom call arranged by a Sinclair Broadcasting news executive about the donning of Afro-style wigs by KATV anchor Chris May and meteorologist Barry Brandt during a newscast last Thursday.

The wigs were a gag to invoke an appearance of “the 70s,” with a cool front coming to town.

Whitfield, and other Black people, saw the incident as evidence of systemic racism. John Seabers, a regional manager for KATV’s owner, Sinclair Broadcasting, had issued an apology earlier, as we reported over the weekend.

Seabers was joined on the call today by Blaise Labbe, an African-American who is a regional news director for Sinclair. The session lasted more than an hour.

The Sinclair people were met with comments not only about the wigs, but broader concerns about staffing and coverage of minority communities.

They got no pushback from Seabers or Labbe. They repeatedly apologized, offered no excuses and criticized what had happened. Seabers said the wig episode was “abhorrent” and, apart from any racial overtones, “juvenile.” Labbe called it “stupid.” Labbe detailed efforts to add African-Americans to KATV’s news staff, some of whom have moved up to bigger jobs in the broadcasting group.

Seabers said he was particularly disappointed because the episode followed by six weeks an intensive training session on racial sensitivity. Seabers said he couldn’t reveal individual disciplinary action, but said it was “significant.”  He said, as a positive note, the incident would encourage stronger efforts to improve.

Whitfield said she’d judge the station by action, not words. She said stories of minority groups weren’t covered as well as those of “European-Americans.”

“We want the news,” Whitfield said.

“Give me a chance,” Seabers said. He said he hoped the Zoom session could be repeated and when it was, the group would say they had seen “positive change.”

Labbe said he was “pissed off” given that there’d been meetings with the local staff twice in the last six weeks. “How in the hell could this happen?” He said Sinclair, which he acknowledged has some critics, had identified issues at the station already and “that’s why certain people are there now.”